The Will Rogers Institute

Since 1936, this charitable organization has followed in the caring footsteps of its famous namesake.

When most people think of Will Rogers, they most likely picture the vaudeville entertainer who went on to star in numerous motion pictures during the 1920s and early 1930s. Yet one of the most important roles Rogers played never made it to the silver screen: that of goodwill ambassador and philanthropist for numerous causes.

Pulmonary research is just one area that has benefited because of Will Rogers’ commitment to helping improve the lives of others. His example was the inspiration for the Los Angeles-based Will Rogers Institute, a national charitable organization dedicated to understanding pulmonary diseases and disorders.

A Legacy Of Caring

Rogers’ legacy began in 1936 when the Will Rogers Hospital was established in a small town in upstate New York a year after Rogers died in a plane crash. The hospital was designed to help entertainers suffering from tuberculosis (TB) and promote pulmonary research on TB and other lung diseases. The hospital grew into a leading treatment center for TB and was instrumental in helping find a cure for the disease. The hospital was eventually closed in 1975 and the research projects that had taken place there were continued at Burke Rehabilitation Hospital in White Plains, NY.

The Burke Rehabilitation Hospital research center is now just one of four research laboratories funded by the Will Rogers Institute. The others are located at the University of California Los Angeles School of Medicine; the New York Hospital Cornell Medical Center, in New York City; and the University of Southern California School of Medicine, in Los Angeles.

“Each of these state-of-the-art laboratories focuses on a different aspect of pulmonary research and the treatment of debilitating lung diseases,” says Todd Vradenburg, executive director of the Will Rogers Institute. According to Vradenburg, all of the funds needed to support these laboratories are raised through the Will Rogers Institute’s annual audience collection campaign in movie theaters across the nation. This time-honored tradition began in 1936 when movie stars Jimmy Cagney, Humphrey Bogart, and Bette Davis urged audiences to contribute to the fund in a movie trailer. Throughout the decades, a number of celebrities, including Cary Grant, Henry Fonda, John Wayne, Frank Sinatra, and, most recently, Mel Gibson, have participated in the campaign, which raises approximately $2 million annually for pulmonary research and treatment programs.

The University of Southern California

The research laboratory at the University of Southern California, under the direction of Edward Crandall, PhD, MD, Hastings Professor and chairman of the Department of Medicine, has focused on the molecular biology and cellular physiology of pulmonary disorders. Specifically, Crandall, who serves as medical advisor of the Will Rogers Institute, and his research team have studied pulmonary edema and lung injury. “In terms of pulmonary edema, we have discovered that the sodium pump can help save lives by removing water and dissolved substances from the air spaces, thereby restoring the normal function of the lung,” Crandall says.

Crandall’s research team has also studied the growth, differentiation, and transformation of type 2 alveolar epithelial cells into type 1 alveolar epithelial cells. “We have discovered one of the regulating factors that controls the process of growth differentiation,” Crandall says. “Our objective is to learn enough to guide the impaired lung toward normal healing and prevent undesired injuries.”

According to Crandall, RCPs who treat patients in the hospitals associated with each of the four Will Rogers Institute research laboratories occasionally participate in the research activities. “Respiratory therapists typically plug into the research process in a clinical way,” Crandall says. “For instance, in gene therapy experiments with cystic fibrosis [CF] patients, respiratory therapists are generally involved in the care of the patients.” He adds that in some rare instances, RCPs are actually involved in specific research projects as a part of their training or career. “In either case, working in such an environment provides a considerable amount of interest and excitement,” Crandall says.

Under the leadership of principal investigator Henry M. Thomas, MD, director of the Pulmonary Research Laboratory at Burke, a research team has been studying the vascular properties of the lung, particularly hypoxic vasoconstriction and its regulation. “My interest has been in how to improve oxygenation by improving blood flow through the lungs,” Thomas says. “Our long-term goal is to get patients off portable oxygen earlier.”

In addition to helping support Thomas’ research activities, the Will Rogers Institute has also helped fund Burke’s inpatient respiratory unit. Funds were initially provided to help the hospital acquire pulmonary equipment, and an ongoing commitment from the Will Rogers Institute provides financial support for a part-time outpatient rehabilitation coordinator in the pulmonary unit.

Burke Hospital’s inpatient pulmonary unit is extremely busy with only six RCPs caring for about 10 to 15 patients for 3- to
4-week periods. Patients are primarily treated for chronic obstructive pulmonary disease, and are usually transferred from acute care hospitals where they received care for serious intrinsic lung diseases or other diseases that resulted in respiratory complications. 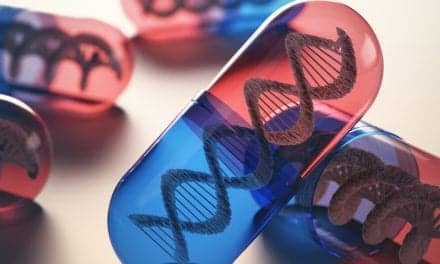