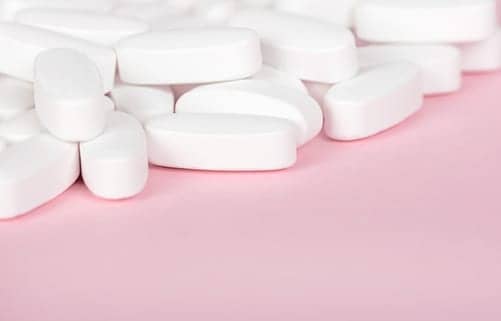 A little white pill may help scientists learn why patients with cystic fibrosis have less exercise capacity than their peers, even if their lungs are relatively healthy.

The researchers hope the drug sildenafil — marketed as Revatio to treat pulmonary hypertension and Viagra for erectile dysfunction — as well as a cocktail of over-the-counter antioxidants will help them identify the root of the blood vessel dysfunction that makes exercise difficult for these patients.

“We want to understand why these patients have blood vessel dysfunction and exercise intolerance even though there are all these new therapies improving their lung function,” said Dr Ryan A. Harris, clinical exercise physiologist at the Georgia Prevention Institute at the Medical College of Georgia at Georgia Regents University.

His previous studies have shown that it’s leg fatigue rather than lung capacity that limits the exercise capacity of patients age 8-18 and evidence suggests that insufficient levels of blood and oxygen to their muscles could be to blame.

Harris is Principal Investigator on three new grants that should help resolve the dilemma. Grantors include the National Institutes of Health, the Cystic Fibrosis Foundation, as well as Vertex Pharmaceuticals Inc.

With life expectancy now at about age 40 compared with age 5 in the 1950s, longer-term consequences, such as the disease’s impact on the cardiovascular system, are coming to the forefront, Harris said. “All the existing therapies are primarily tied to lung function,” Harris said. “We are bringing a new dimension to the table.”

The blood vessel or endothelial dysfunction Harris and McKie found in these young patients is essentially the reduced ability of blood vessels to respond to important cues, such as dilating when exercise or stress increase the body’s demand for blood and oxygen. The dysfunction may be linked to chronic inflammation and oxidative stress, which, in turn, impair the body’s ability to use nitric oxide, a major blood vessel dilator.

Sildenafil, known to relax muscles and increase blood flow and exercise capacity in other patients, should help further parse the role of blood flow and endothelial dysfunction.

In a group of adult patients, they are measuring endothelial function and exercise capacity, giving patients either a single dose of sildenafil or a placebo, then retesting them. In a related study, they are giving a lower-dose of sildenafil multiple times daily over four weeks before retesting. The single dose should open the “flood gates” of blood flow, Harris said.

He expects that lower doses of sildenafil taken over more days, like exercise, will retrain blood vessels to respond more normally. “There is evidence in others who use it that blood vessels improve,” Harris said.

Another study is using a cocktail of over-the-counter antioxidants in patients with high levels of oxidative stress, which ties into their chronic state of inflammation. As with the single dose of sildenafil, Harris expects to see an immediate – although temporary – improvement in exercise capacity in these patients.

“Right now we are looking at mechanisms that may be contributing to these problems but we also need to develop treatments that will provide sustained improvement,” Harris said. While sildenafil and antioxidants may eventually help provide a solution, these studies won’t answer that question, he noted.

Ventilators May Be Overused Among Dementia Patients in ICUs