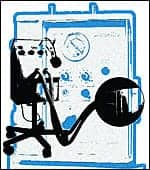 Various devices have proven effective in airway clearance; we take a look at some of them

Recognition of the critical role of secretion mobilization in cystic fibrosis (CF) and other related diseases of impaired airway clearance has led to the interesting challenge of having a large number of devices available to aid in secretion mobilization. Patients with neuromuscular weakness have been able to benefit from a new use of an old technology to assist with coughing. This review will cover some of the devices available to aid in airway clearance.

Handheld Secretion Mobilization Devices
Flutter® (Axcan Scandipharm Inc, Birmingham, Ala)
In diseases with impaired mucociliary clearance (cystic fibrosis, bronchiectasis, primary ciliary dys-kinesia, acquired ciliary dyskinesia), the mainstay of therapy for decades has been manual chest physiotherapy (CPT), also known as percussion and drainage.1 The first device to challenge the supremacy of this therapy became popular following the publication of a report in the Journal of Pediatrics in 1994 by Konstan et al2; it demonstrated efficacy in secretion mobilization for a handheld device called the “Flutter,” which was a modification of a PEP (positive expiratory pressure) device in which a steel ball oscillated up and down in a cone, vibrating the column of air between the mouth and the lower airways. Konstan et al2 showed that the volume of sputum produced was greater than that produced by manual CPT. The value of using a handheld device rather than traditional CPT has been demonstrated.3 A follow-up study showed that the Flutter device is at least as effective as other forms of secretion mobilization for patients with cystic fibrosis.4 This device can be purchased for under $50.

Acapella® (Smiths Medical Inc, Carlsbad, Calif)
A characteristic of the Flutter device is that it must be held at a precise angle in order to maximize the oscillation of the air column. This was overcome in the design of the “acapella” handheld mucus clearance device. It works on the same principle—an oscillating valve interrupting expiratory flow—but uses a counterweighted plug and magnet to achieve the valve closure. By using a valve with a magnet, the acapella does not require gravity to work and will therefore work at any angle.5 In a head-to-head comparison of the performance characteristics of acapella and the Flutter, the acapella had a slight advantage in a more stable waveform and a wider range of positive expiratory pressure.6 The authors concluded that the magnetic design had an advantage in ease of use for some patients despite what appeared to be otherwise relatively small differences in performance. This device originally came in a low-flow and a high-flow model and now is available as the “acapella® Choice” model that can be broken down for cleaning; it can be used in line with a nebulizer. These devices can be purchased for under $60.

TheraPEP® (Smiths Medical Inc, Carlsbad, Calif)
Exhaling against a resistor will result in higher pressures within the airway. In theory, this will result in greater patency of airways that tend to collapse (such as in bronchiectasis) and greater ability to clear airways with coughing. As a result, PEP masks have been used for years in cystic fibrosis care. A long-term (1-year) study comparing the Flutter to a PEP mask demonstrated better clinical outcomes in PEP mask users compared to Flutter users;7 but a recent review of evidence in PEP therapy concluded that this therapy was unsupported by literature,8 and one study indicated that PEP masks do not improve inhaled drug delivery.9 Cost of the TheraPEP is less than $30.

Quake® (Thayer Medical, Tucson, Ariz)
The only device that oscillates a column of air in both inspiratory and expiratory phase is the “Quake.” This device does not rely on an oscillating valve like the Flutter and the acapella. Instead, it uses a manually turned cylinder that fits within another cylinder. Airflow occurs only when slots within the two cylinders line up. Therefore, the airflow is interrupted at regular intervals as the user turns the crank. The rate at which the device is cranked will determine the frequency of the flow interruption. Since the resulting vibration is not determined by the patient’s rate of flow, the Quake theoretically may be more helpful for patients with severe obstructive lung disease who are unable to generate high peak expiratory flow rates. Comparative studies have not been performed.

Intermittent Positive Pressure Breathing (IPPB) Devices
IPPB (Vortran, Sacramento, Calif) (among others)
IPPB has been used for many years as an adjunct in chest physiotherapy to augment lung expansion.10 It is used to deliver short bursts of positive pressure and can be used to deliver nebulized medications. It has fallen out of favor in CF care and is to be used with caution in any patient with severe obstructive disease as it may cause pneumothorax. It does not result in oscillation of the air column so it is likely less effective than the devices described earlier in the article and high frequency chest wall compression (described on the next page).

PercussiveNEB® (Vortran)
IPPB has been modified recently to deliver high-frequency pulses of pressure (as opposed to a single pulse as delivered by IPPB). This device is referred to as a percussive nebulizer. A single pilot study using this device, which demonstrated that it was at least as effective as manual CPT (a trend toward more sputum production was not statistically significant), has been published.11 It requires a high flow rate so will not work off standard compressors and is likely more suited to in-hospital use.

Intrapulmonary Percussive Ventilation
IPV® (Percussionaire, Sandpoint, Idaho)
Intrapulmonary percussive ventilation delivers rapid, small volumes of air to help loosen retained secretions. It has been used in patients with chronic obstructive pulmonary disease and CF and in patients who have neuromuscular weakness with persistent pulmonary consolidation. Several case reports have demonstrated efficacy in patients with neuromuscular weakness, but assisted coughing was not used or compared in one study12; in another study, it proved to be a valuable addition to assisted coughing techniques.13

High Frequency Chest Wall Oscillation (HFCWO)
The Vest® (Hill-Rom) and SmartVest® (Electromed)
HFCWO was first pioneered by Warwick and Hansen and reported in 1991.14 Since this initial report, the technology has gained widespread acceptance in cystic fibrosis care.15 HFCWO involves wearing a rubber vest that rapidly inflates and deflates, thereby oscillating the chest wall. HFCWO is generally administered 30 minutes twice daily. The most recent Cochrane16 review of airway clearance in CF did not find one technique significantly better than any other. An advantage of HFCWO, which is an automated therapy, is that the device does not tire, get bored, get sore, or answer the telephone. As long as the patient uses it regularly, it is as effective as manual CPT. Its advantage is its consistency and reproducibility. Its major disadvantage is its cost, which can be substantial. A newer device, the SmartVest (Electromed), has a single hose and is designed to be more portable, which is an advantage for patients and families who travel or if the child has more than one home.

Another advantage of HFCWO over traditional CPT is that this therapy does not require another caregiver. It is ideal for patients who live alone; for teens, it fosters independence.

HFCWO is increasingly being used in other diseases in which there are chronic lower airway secretions, such as bronchiectasis and chronic aspiration. Although it is not indicated in neuromuscularly weak patients without lower airway secretions, it has been used in the setting of pneumonia in this population. There are no published data on use of HFCWO in patients with neuromuscular weakness, and therefore no recommendation can be made for its use in this population.

Mechanical Insufflation-Exsufflation
Mechanical insufflation-exsufflation (MI-E) replaces or augments cough clearance when the muscles of coughing have been weakened or paralyzed. MI-E has been in use since the 1950s when it was popularized during the polio epidemic. During that time, negative pressure ventilators could sustain life during periods of respiratory muscle insufficiency, but patients were still developing pneumonias. The first device made used a vacuum cleaner motor with a valve that allowed one to apply either positive or negative pressure across the airway opening. After the polio epidemic subsided, the large-scale use of MI-E decreased in this country. In 1993 Dr John Bach partnered with the J.H. Emerson Co (Cambridge, Mass) to re-create this device, which Emerson called the in-exsufflator. It was redesigned (primarily for cosmetic and noise reasons) and renamed the CoughAssist® (the renaming likely took place because most users mispronounced its name). Since its reintroduction, MI-E has gained increasing acceptance in patients with all forms of neuromuscular weakness. A role for MI-E has been demonstrated in preventing morbidity in this patient population.17 The American Thoracic Society has published a consensus statement regarding respiratory care in Duchenne muscular dystrophy that advocates for the use of MI-E in this disease18; a similar project is currently under way for patients with spinal muscular atrophy that also supports MI-E. The critical advantage of MI-E over all the devices listed is that it augments the expiratory phase of coughing. All other therapies rely on passive recoil of the respiratory system in patients with impaired cough clearance. MI-E is the only currently available therapy that assists the expulsive phase of coughing, which is critical in airway clearance.

Summary
Many new technologies are available to aid in secretion mobilization. Selection will depend on indication, patient preference, and social factors like the availability of a caregiver and the patient’s ability to cooperate with therapy. Patients with impaired mucociliary clearance and normal cough clearance (in CF and bronchiectasis, for example) will benefit from the handheld secretion mobilization devices as well as HFCWO. These devices, however, will not help a patient whose main problem is impaired cough clearance. For these patients, MI-E is the mainstay of aiding airway clearance. During acute illnesses (pneumonia) in this population, there is a role for other therapies such as intrapulmonary percussive ventilation.

The products reviewed in this article represent only a sampling of the secretion clearance devices available. The opinions expressed by the author do not reflect those of RT magazine. 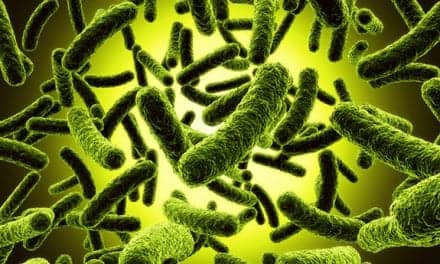 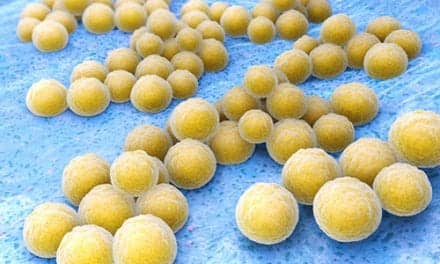