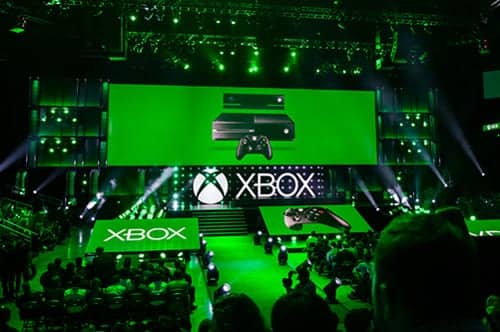 A team of international researchers has used Microsoft’s Xbox Kinect, a sensor designed to play games with one’s body and voice, to assess the respiratory health of patients. Researchers at the Institute of Digital Healthcare, WMG, University of Warwick and the Institute of Inflammation and Ageing, University of Birmingham and Heart of England NHS Foundation Trust (HEFT) have developed a method of using the devices to quickly create a 3D image of a patient’s torso. The new system consists of four Kinect sensors that enable a physician to measure and assess how a chest wall moves. 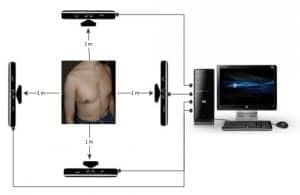 According to a University of Warwick report, tests have proven the system to be as accurate as a patient breathing into a spirometer, which is the current method used, and the system provides additional information about the movement of the chest that may help healthcare professionals identify a number of respiratory problems. The researchers’ work is detailed in a paper published in Medical & Biological Engineering & Computing.

“For patients who report to A&E a quick and low-cost method of chest wall motion assessment is required. There are some conditions that doctors can’t detect or assess using spirometry such as collapsed lung segments or respiratory muscle weakness,” explains Dr Chris Golby, project lead at the Institute of Digital Healthcare. “However our prototype allows physicians to make accurate assessments. We have developed a low-cost prototype which provides a more comprehensive measurement of a patient’s breathing then existing methods.”

The research team initially tested their prototype using a resuscitation mannequin, and then tested it with healthy volunteers and adults with cystic fibrosis. The infrared beam of the Kinect enabled the team to measure changes in distances across the chest wall, while the four sensors allowed measurement of movement from more than one viewpoint. Using off-the-shelf and bespoke software the researchers were able to create a 3D image of a patient’s chest wall, the University of Warwick report indicates.

The University of Warwick team is now planning to develop their prototype further using Microsoft’s new version of the Kinect to work with patients with cystic fibrosis and other respiratory conditions. Professor Theo Arvanitis, head of research at Institute of Digital Healthcare, WMG, states, “With this and other technologies developed here we hope to innovate in e-healthcare and translate these advances into clinical practice.”