The entire airway is ciliated, from nose to terminal bronchiole. The entire airway surface is covered in a thin layer of solute, in which the ciliated epithelial cells beat in a coordinated manner to move a thin mucus layer from periphery to central airways. The height and content of this layer of solute, also called the airway surface liquid, are tightly controlled. As the vast majority of the surface area of the airways comprises the peripheral airways, the flux of fluid toward the proximal airways also has to be carefully regulated for volume. The net result is that the ciliary beating moves mucus and any adherent debris (such as bacteria, particulates, etc) toward the airway opening. Mucociliary clearance can be measured in the cooperative patient using a nuclear medicine technique called a mucociliary clearance scan. In this test, nebulized aggregates of technetium-labeled albumin are inhaled. The patient is encouraged to breathe normally and asked not to cough. Whole lung clearance can be measured quantitatively and noninvasively with this technique. The diseases in which there is impaired mucociliary clearance have congenital (cystic fibrosis and primary ciliary dyskinesia) and acquired causes. Acquired causes of impaired mucociliary clearance include postinfectious states (bacterial, mycoplasmal, and viral pulmonary infections can lead to this), bronchiectasis, chronic obstructive pulmonary disease, smoking (either active or passive), and lung transplantation.

Although impaired mucociliary clearance has been a problem in medicine for centuries, effective therapies for these diseases have been relatively recent developments. The traditional mainstay of therapy was clapping the chest and postural drainage, also referred to as chest physiotherapy. Efficacy of this modality of airway clearance has been well established, but its use is limited by the need for an additional caregiver, and the time commitment required of both patient and caregiver. In cystic fibrosis, manual chest physiotherapy always requires this caregiver to be available for twice daily treatments, which becomes problematic as children leave the home for college, work, and an independent life. As a result, other alternatives have been sought. The alternatives to manual chest physiotherapy include airway oscillation devices, high frequency chest compression, and intrapulmonary percussive ventilation. Because diseases of impaired mucociliary clearance tend to be chronic in nature, these therapies are most commonly used in the home.

Airway Oscillation Devices (AODs). Three AODs (also called “vibratory positive airway pressure therapy” devices) are available in the United States: the Flutter (Axcan Scandipharm, Birmingham, Ala), the Acapella (Smiths Medical Inc, Norwalk, Mass), and the Quake (Thayer Medical, Tucson, Ariz). The original report using an AOD, which compared the Flutter to voluntary coughing with postural drainage,1 demonstrated that greater volumes of sputum were produced by using an airway oscillation device than by traditional means. The Flutter used a heavy steel ball and gravity to oscillate the column of air within the airway. Small changes in positioning of the device could have relatively large effects on the oscillation amplitude, and thus other mechanisms were sought.

The Acapella device uses a magnetic device to open and close the valve, thereby interrupting airflow and oscillating the column of air within the airway. The Acapella is produced in a low flow model, a high flow model, and a third model called “Choice” that is adjustable in flow rate and can be broken down for cleaning.

The Quake uses a hand-cranked mechanism that has two slotted barrels, one of which fits within the other. As the inner barrel is cranked, the vanes between the slots intermittently interrupt the flow of air. Weaknesses in the literature on the airway oscillation devices are a lack of long-term studies in any disease state, as well as a lack of head-to-head studies comparing these three devices to one another. A 2006 Australian study of 18 subjects with cystic fibrosis, comparing manual vibration to the Flutter device and also to the Acapella device, demonstrated a slight advantage of the Flutter over the Acapella in peak expiratory flow rate of vibration. The authors also demonstrated that manual vibration achieved a higher rate of flow than either airway oscillation device.2

A disadvantage of both the Acapella and the Flutter is that they are flow-dependent devices. The Quake does not rely on airflow for its oscillatory effects and, theoretically, could be more effective in those individuals with severe obstructive defects and impaired mucociliary clearance. An additional potential advantage of The Quake is that it allows for oscillation during the inspiratory phase of respiration (but this has never been studied). A major advantage of the AODs over other mechanical devices to aid mucociliary clearance is cost: These devices cost in the range of $50 to $100.

Intrapulmonary Percussion Devices. IPV® (Percussionaire Corp, Sandpoint, Idaho) and the PercussiveNEB (Vortran Medical Technology, Sacramento, Calif) are infrequently used modalities in airway clearance therapies, but they have been studied in cystic fibrosis. IPV delivers ramping bursts of air via a mouthpiece. It can simultaneously deliver an aerosolized medication. The pressure at the airway opening can range from 10 to 50 cm H2O; treatment length is 20 minutes. Two studies3,4 have shown intrapulmonary percussion to be equivalent to manual chest physiotherapy. A recent publication from the Cystic Fibrosis Foundation5 stated that no airway clearance therapy was superior to any other based on available evidence, and that patient preference and tolerance were important factors in choosing the therapy or device. Experience and availability have limited the use of intrapulmonary percussive devices. The PercussiveNEB device requires 60 LPM flow to operate, which limits its use largely to hospital and institutional settings. It has the theoretical advantage of operating at higher frequencies, up to 30 Hz, or 1,800 cycles per minute.

High Frequency Chest Wall Compression (HFCC). Since its introduction in the early 1990s, use of HFCC has grown dramatically in the United States. Initially designed for use in cystic fibrosis, this therapy has also been applied to non-CF bronchiectasis. There are three HFCC devices: The Vest™ (Hill-Rom, Batesville, Ind), The SmartVest™ (ElectroMed, New Prague, Minn), and The inCourage™ system (RespirTech, St Paul, Minn). The actual mechanism of action of these systems remains unelucidated. The user wears a vest that contains an inflatable bladder connected to a device that rapidly inflates and deflates. This causes the chest wall and thoracic contents to be compressed in a rapid and repetitive fashion. One theory is that these compressions result in airway clearance by oscillating the airways, resulting in rapid, tiny coughs (or more properly, huffs, since the glottis remains open). These oscillations in the air within the airways lead to shearing of adherent mucus and movement of secretions toward the airway opening. Increased hydration of secretions by a yet undefined mechanism has also been suggested by analysis of sputum obtained from use of HFCC; alteration of mucus rheology has also been suggested. Safety is well established in HFCC, and it has been used in increasingly younger patients with impaired mucociliary clearance. The smallest vest size available for HFCC is 16 inches in circumference—which can be potentially used in a 6 month old.

The chief advantage of HFCC over manual chest physiotherapy is that it does not require an additional caregiver, fostering independence. The standard prescription for HFCC is 30 minutes twice daily. This is very reasonable for a mechanical device, but 30 minutes of manual CPT can be exhausting for a parent or caregiver. Another advantage of HFCC over AODs is the length of time of treatment. It is difficult to use an AOD for even 5 minutes (with a risk of hyperventilation). Unfortunately, there are no good long-term data comparing HFCC to any of the other forms of mechanical devices to aid mucociliary treatment. The major disadvantage of HFCC is cost, as the devices cost insurance in the range of $15,000 to $20,000. Newer models are much more portable and lightweight, making them favorable for families who travel, or for students who seek to use them in school or in the dormitory.

Choice of which HFCC system to use may be limited by insurance company contracts. The data largely indicates that HFCC is effective, but there are no large randomized trials comparing in a head-to-head manner these devices. Such a study would be very expensive to run, given the costs of the devices. At this time, the standard approach is to view them as equivalent in efficacy. This does not mean that patient preference is not important in the decision. In our cystic fibrosis clinic, we have demonstration models to allow patients to evaluate each version.

Each system is far more lightweight and portable than the early models. The RespirTech system uses a triangular waveform for the oscillation of the vest bladder, which may be more comfortable for users due to a shorter time at the peak compression phase in comparison to the usual sinusoidal waveform. The SmartVest uses a single hose, while both the other systems use two hoses. This may simplify use and decrease likelihood of disconnection. The SmartVest allows storage of differing settings as well, which is especially useful for families with more than one user. Hill-Rom has created a washable, breathable fabric for its vests in bright colors and also makes disposable vests for hospital use. Its pulse generator, like those of its competitors, is now quite portable.

As of this writing, there exists only one device designed to aid patients with impaired cough clearance: the CoughAssist mechanical insufflator-exsufflator (Philips-Respironics, Murraysville, Pa). The primary patients who require mechanical insufflation-exsufflation (MI-E) are those with neuromuscular weakness. MI-E has been established as standard of care in muscular dystrophy since the publication of the American Thoracic Society’s consensus statement on the respiratory care of these patients.6 This therapy has been available since the 1950s (it was created as a device to aid polio victims) but had not been manufactured until John Bach, MD, was able to get John H. Emerson, of JH Emerson Co, to produce a model initially called the Inexsufflator. The device was renamed CoughAssist; eventually, JH Emerson Co was purchased by Respironics (later, Philips-Respironics).

There is an increasing body of evidence demonstrating efficacy in patients with neuromuscular weakness. Settings vary by publication, which somewhat limits analysis of the data. Effective pressures vary by size of patient and other factors such as airway disease with one group suggesting an expiratory pressure of -40 cm H2O as optimal in adults.7

Patients with spinal muscular atrophy, once viewed as an untreatable, fatal disease, have had a significant prolongation of lifespan at least in part due to use of this modality.8

Clinicians will determine the next phase in the use of MI-E. As I published previously in this journal, even neuromuscularly normal patients may benefit from MI-E in hospital settings following procedures that lead to impaired cough clearance. It is tempting to speculate that MI-E will become part of the standard spectrum of therapies offered by respiratory therapy departments in all hospitals to aid in airway clearance in patients who have had laparotomies, sternotomies, or any other operation that leads to pain or limitation of coughing. The reader is referred to several recent reviews on airway clearance in the patient with neuromuscular weakness that describe MI-E.9-12 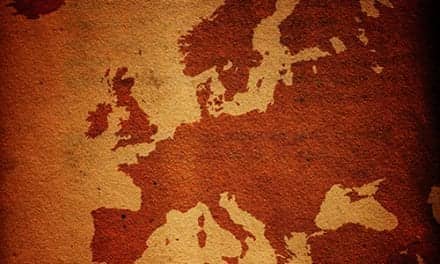