How a Cystic Fibrosis Urine Test Can Help Monitor Patients 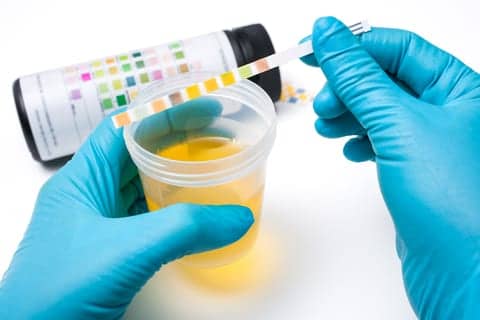 Researchers have developed a simple urine test to measure the severity of the serious disease cystic fibrosis and assess the effect of new treatments.

A new urine test can make it much easier for doctors to diagnose how badly a patient is affected by the hereditary disease cystic fibrosis.

The test can also reveal the extent to which the patient’s medical treatment is of benefit. This has been shown by a new study from Aarhus University and Aarhus University Hospital that has just been published in the scientific journal Annals of Internal Medicine.

Cystic fibrosis is caused by mutations in the CFTR gene that code for the ion channel called CFTR. One important function of CFTR is to regulate the production of fluid and mucus in the lungs and digestive fluids in the intestine. Loss of CFTR function leads to thick mucus in the lungs and reduced amounts of digestive fluids. The consequence is inflammations and blockages that damage the organs. CFTR is also expressed in the kidneys where it alters electrolyte handling.

Now, by focusing on the kidneys and the urine, the researchers have developed a simple test, which likely shows how effective the treatment is for the individual patient.

“The goal is for the urine test to be used as a clinical tool to determine both the severity of the genetic dysfunction and the medicine’s restorative effect in individual patients with cystic fibrosis,” says Professor Jens Leipziger of the Department of Biomedicine at Aarhus University, who is one of the main actors behind the study, together with Peder Berg, Consultant Majbritt Jeppesen and Consultant Søren Jensen-Fangel.

Better and easier than testing sweat

Among other functions, the kidneys regulate the acid-base balance in the body, and studies have shown that patients with cystic fibrosis have a greatly reduced ability to increase the excretion of base by the kidneys as compared to healthy control subjects. This finding led the researchers to test the patients’ ability to increase the base content in the urine, as a measure of CFTR function and thus the severity of the disease, as well as the degree of normalization after treatment.

Until now, measurement of the chloride concentration in sweat has been the most widely used method of evaluating a patient’s CFTR function. However, this method is time-consuming, requires experienced staff, has great intra-individual variation, and does not sufficiently reflect the severity of the disease. It is thus an important discovery that the excretion of bicarbonate in the urine can be used to characterize CFTR function and disease severity.

In 2020, a new medication, Kaftrio, was approved in Denmark. Today most Danish patients with cystic fibrosis are being treated with this drug, which improves the activity of the defective CFTR molecule.

There are high expectations that the new medication will significantly improve the health of patients. In this study, the researchers examined 50 adult patients with the disease both before and after treatment with Kaftrio.

“The management of cystic fibrosis has changed with the recent introduction of treatments targeting the disease-causing mechanism. As the new treatments aim to improve the functioning of CFTR, the urine test can provide a measurement of whether a given treatment is effective,” explains Jens Leipziger.

Another important finding is a clear correlation between the results of the urine test and disease severity, such as the degree of reduced lung function.

More patients will have a better result

The new treatment is expected to significantly improve the life expectancy and quality of life of patients with cystic fibrosis. The study by Aarhus University and Aarhus University Hospital finds that after six months of treatment with Kaftrio®, patients on average achieve approximately 70% of the base excretion rate seen in healthy control subjects.

However, at the present time, all patients with cystic fibrosis receive the same dosage of the drug – although doctors observe differences in both the side effects and the clinical effects of the medicine.

“We know that the medicine is absorbed, metabolized and excreted differently from person to person. If, with a simple test, we can monitor the effects of the medicine for the individual patient, then we expect that patients will be able to achieve a better treatment result,” says Jens Leipziger.

This requires the clinical use of the test, and is particularly relevant on the long term. The current results represent an early stage in the development of the urine test, which is why several clinical trials have been started to investigate its clinical applicability. 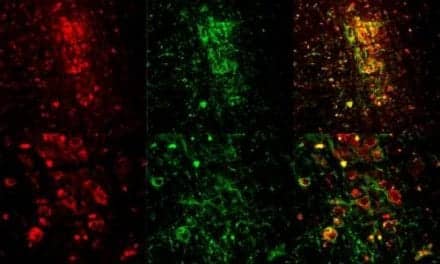 Researchers Use Optogenetics to Trigger REM Sleep in Mice