Health Outcomes Differ Between UK and US Children With Cystic Fibrosis

A new study, led by University of Liverpool researchers and published in the journal Thorax, has confirmed that children with cystic fibrosis (CF) in the US have better lung function than UK children with the disease.

The study suggests that differences do not appear to be explained by early growth or nutrition, but could be linked to differences in the use of early treatments.

This long-term analysis follows a 2015 study comparing UK and US CF populations in the year 2010, which first highlighted potential differences in lung function.

CF is a serious, multi-organ inherited disease characterized by pulmonary infections and progressively declining lung function. Most people with CF die prematurely from their disease through respiratory failure. In the 1960s, median survival in the UK was estimated to be below 10 years of age. In the decades since, outcomes have improved due to multidisciplinary care, nutritional support and new treatments, such that half of the babies born with CF in the UK and the US today can be expected to live at least into their late 40s.

The study compared longitudinal trajectories of lung function in children aged 6-18 with CF and homozygous F508del genotype between the US and UK, and explored reasons for differences between them. Data used was captured between 2003-2014.

Corresponding author Daniela Schlüter said: “It is important to understand the causes of the observed differences and it is really exciting that the CF Registry data are available to help us gain potentially valuable insights into optimal treatment and care. For example, we found that children in the US received more aggressive mucolytic therapy earlier in life than children in the UK. Further research will be needed to unpick the impact of different treatment patterns and study further potential underlying causes.

“Our study was limited to people aged 6-17 who were homozygous for the F508del mutation and used data that pre-ceded the licensing of CFTR modulator therapies. Therefore, the results may not apply to people over the age of 18 or those with a different genotype, and the introduction of modulators may have changed the observed trend.”

Rebecca Cosgriff, director of data and quality improvement at the Cystic Fibrosis Trust, said: “This study is an excellent example of the power of cystic fibrosis Registries, made possible through the support of people with cystic fibrosis and their clinical teams. We’re grateful for the collaboration of the Cystic Fibrosis Foundation (CFF), which has surfaced invaluable insights. Since this study was undertaken, access to modulator therapies has increased dramatically. Comparative studies will continue to play an important role as we work to ensure people in the UK have the best possible treatment for cystic fibrosis.” 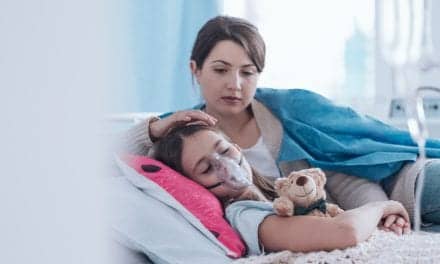