Cystic Fibrosis Drug Combo May Be Less Effective Than Hoped

A powerful drug combo may not be as effective against cystic fibrosis as previously thought. New lab-based research on human cells suggests that one of the medications might stop the other from working properly.

However, this study’s findings aren’t definitive, and there’s still hope for the medications known as ivacaftor (brand name Kalydeco) and lumacaftor, according to the study’s senior author.

“The development of drugs like ivacaftor and lumacaftor is undoubtedly a step forward, but our study suggests that more work will need to be done before we can realize the full potential of these drugs,” said Martina Gentzsch, an assistant professor with the department of cell biology and physiology at the University of North Carolina, Chapel Hill.

For its part, the Vertex pharmaceutical company, which produces both medications, recently released the results of a phase 3 clinical trial on the drug combo, involving patients with cystic fibrosis. The findings, based on use of the drug combination by more than 1,100 patients, “showed consistent and statistically significant improvements in lung function and other measures of the disease,” Vertex said in a statement. 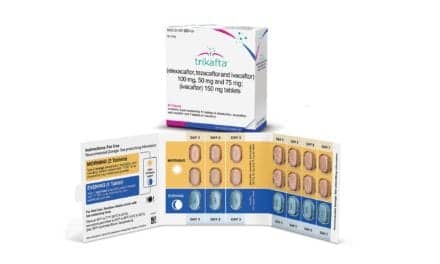