CF Patients No Longer at High Risk for Thyroid Dysfunction 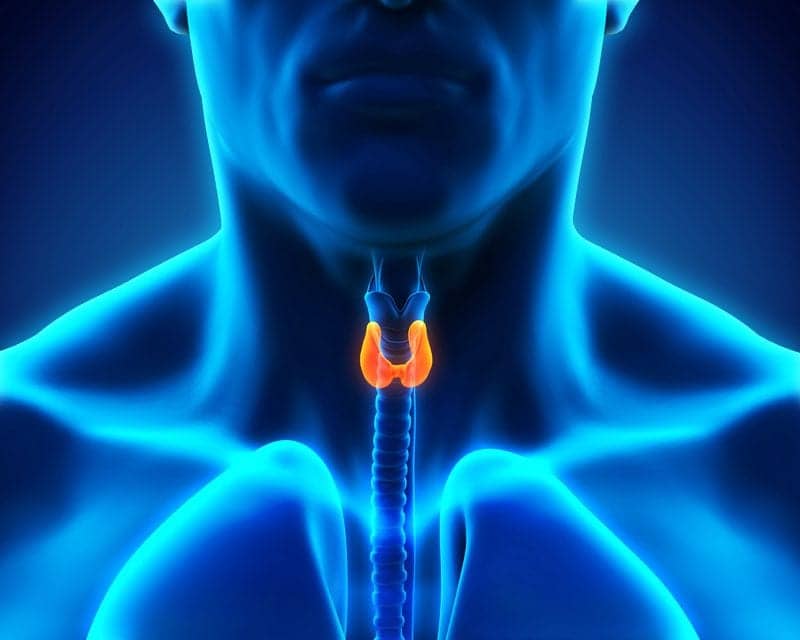 Goiter and hypothyroidism are no longer significant concerns for patients with cystic fibrosis (CF), according to research.

Of the 87 participants in whom measurements of thyroid stimulating hormone (TSH) were possible, only 8% had abnormal levels — and only one had apparent hypothyroidism, a condition caused by too little thyroid hormone being produced. Four other patients had increased TSH levels without symptoms, and two had hyperthyroidism — too much thyroid hormone — but no symptoms.

Researchers also measured the levels of thyroxine, the main hormone produced by the thyroid gland, finding that 34 percent of the patients had levels slightly considered too low.

Such distinctions as age, sex, ethnicity, body mass index (BMI), lung function, hospitalization, and pancreatic enzyme or recent antibiotic use could not be linked to the levels of TSH or thyroxine, or to the risk of thyroid dysfunction.

In all, 27% of the patients had test results indicating abnormal gland function, with only one patient showing symptoms caused by the dysfunction.

Why Are Cystic Fibrosis Drug Trials Excluding These Patients?