Cystic fibrosis (CF) is a disease of airway clearance, first and foremost. The genetic defect, a mutated or absent chloride channel known as CF transmembrane conductance regulator, results in a net dehydration of the airway-surface liquid. Since airway epithelial cilia sweep within a thin layer of water (with solutes, and other substances), they get mired in the mucus that sits on top of the solute layer and are immobilized. This was shown elegantly in a series of experiments by Matsui et al.1 As a result, mucociliary clearance is greatly diminished in CF, leading to stasis of secretions, chronic infection, chronic inflammation, airway damage, bronchiectasis, and, eventually, loss of lung function and death from respiratory failure. In addition, secretions in CF tend to be overly viscous and tenacious, partly because of the high concentration of free DNA that they contain, and partly due to the molecular defect.

Case Notes
The patient, a 9-year-old boy, had been one of my healthiest patients with CF at the Pittsburgh cystic fibrosis clinic until this visit in August 2004. He had demonstrated supranormal pulmonary function test (PFT) results since he was old enough to perform the tests. For the past 6 months, over the course of three visits, his PFT results had indicated diminishing vital capacity (VC). He had experienced no acute illnesses, no colds, and no change in his symptoms; he was cough free. His PFT results, however, demonstrated an alarming loss. During the previous two visits, the changes had been small enough to be thought of as variability in testing or effort, but now he had lost over 30% of both VC and forced expiratory volume in 1 second.

During the previous two visits, I had asked, as usual, whether the patient was still using a chest-wall oscillator for airway clearance twice per day, for 30 minutes each time. The answer was yes, at both visits, for use, frequency, and duration. This time, I asked the same question in a different way. I said, “If a perfect week means that you use the device for 14 half-hour sessions, tell me what an average week means for you.” The patient and his mother looked at each other, then answered, “We don’t do it.” I asked, “As in never?” They replied, “Right.” Then their tears started to flow. The patient’s mother explained to me that she had simply given up. Getting him to use his airway clearance device had become a battle, and she was tired of fighting. Since they had not noticed any change in his health when not using it, they presumed that skipping it was not a problem.

I had a gentle talk with both of them about the critical need for airway clearance in CF. I explained that the incremental change in health with each session might be imperceptible to the patient, but the cumulative benefit of using the device (or loss due to failure to use it) was obvious on an objective test like a PFT. After many more tears, the patient and his mother left, promising to make me proud at his follow-up appointment a month later.

This experience made me question my own practice style. Was I giving airway clearance the emphasis it deserved in my CF follow-up visits, or was I asking questions in a way that allowed patients and parents to answer in a way that they thought I wanted to hear, rather than in a frank, truthful manner?

Airway Clearance
How can the clinician improve the outlook for the patient with CF? At CF clinics sponsored by the Cystic Fibrosis Foundation, we stress airway clearance. In order to comprehend airway clearance, patients and their caregivers need to bear in mind that the lung, unlike other organs, is a dead-end street. The body has to rely on clearance mechanisms to keep bacteria and particulate matter moving back out constantly. Clearance mechanisms are cough clearance and mucociliary clearance. Impaired cough clearance can occur with neuromuscular weakness or with extremes of central airway disease (such as tracheomalacia). Impaired mucociliary clearance is the mechanism of disease in CF and in Kartagener syndrome (primary ciliary dyskinesia). Since patients with CF have normal cough clearance, mechanical techniques are used to help mobilize peripheral secretions centrally, so they can be removed by coughing.

The most commonly used airway-clearance technique is manual chest physiotherapy (CPT). It is the standard against which all other airway-clearance techniques are compared. Its efficacy has been demonstrated in long-term studies,2 and it is taught to every parent of a child with CF early in the course of the disease and updated intermittently as certain age thresholds are met. Postural drainage increases the gravitational drainage from a particular lobe or segment during CPT. Desmond et al3 demonstrated, in a 1983 paper, that cessation of CPT for a 3-week period led to a loss of lung function that was not seen in patients receiving twice-daily CPT. These patients did not demonstrate a change in PFT results before and after an individual CPT session, suggesting a cumulative effect of ongoing CPT.

Warwick and Hansen were the first to use high-frequency chest-wall compression (HFCWC) as a means of airway clearance.4 During HFCWC, the patient wears an inflatable vest that is rapidly inflated and deflated, compressing the chest wall at a frequency of 5 to 22 Hz. This therapy is well tolerated and appears to be at least as effective as traditional CPT.5  HFCWC requires a specialized system that consists of a pulse generator connected by tubing to a vest, which is fitted snugly to the patient’s thorax.6 This vest is designed to inflate and deflate but still have enough stiffness to prevent a loss of the pressure transfer to the chest-wall surface. A major advantage of HFCWC is that it allows relative independence for the patient, who no longer has to rely upon a caregiver to administer CPT. As such, it is ideal for teenagers who are developing independence in their care, as well as for adults, particularly those who live alone. Theoretical disadvantages of HFCWC include its expense and relative lack of portability (although newer models are much lighter and smaller than older versions) and lack of postural drainage. The lower lobes may not be as well cleared as a result, but this contention is not supported by studies7 with PFT results as primary endpoints.

Other Devices
Handheld devices for aiding airway clearance have long enjoyed wide acceptance. The basic concept of breathing through a positive expiratory pressure (PEP) valve has a physiological basis for patients whose clearance is impaired because of the collapse of bronchiectatic airways. Despite this, a recent review concluded that there was “no clear evidence that PEP was a more or less effective intervention overall than other forms of physiotherapy.”8 Patrick Althaus, a Swiss physiotherapist, added a steel ball vibrating inside a cone to the PEP device. This mechanism oscillates the column of air between the mouth and the lower airway and thereby loosens secretions. It received a great deal of attention following a 1994 publication by Konstan et al9 demonstrating that the handheld airway-oscillation device led to increases in expectorated sputum (as measured by weighing) over traditional manual CPT or spontaneous coughing by a factor of three. Gondor et al10 compared the handheld airway-oscillation device to traditional CPT in a controlled study of 23 hospitalized patients with CF and found that, after a 2-week course of therapy, patients using the handheld device had PFT results similar to those of patients receiving manual CPT. Although the handheld oscillatory device group had significantly better PFT results at the end of the first week, this difference was no longer present after the second week of therapy.

Subsequently introduced devices have further developed this basic concept by adding an oscillating mechanism based on a counterweighted plug and magnet, which makes the device less dependent upon position for efficacy.11 These devices have the advantage of low cost and portability, along with a theoretical increase in compliance with airway clearance therapy among patients who are away from home for much of the day.

A new handheld device, designed for hospital use, uses high flow from an institutional wall air or oxygen supply in order to deliver a nebulized medication (such as albuterol) while oscillating the column of air within the lungs. A recent study12 of 10 patients showed differences neither in PFT results (although this is a poor measure of short-term efficacy) nor in expectorated sputum weight, in comparison with controls receiving traditional manual CPT.

Other techniques used to facilitate airway clearance in patients with CF are breathing and coughing exercises that can be taught to individuals with CF. Autogenic drainage refers to a series of breathing exercises devised by the Belgian physiotherapist Jean Chevaillier.13 These exercises have three phases: low–lung-volume breathing to loosen secretions, low-volume to mid-volume breathing to collect the secretions, and high–lung-volume huffing to expel the secretions. This technique is generally taught to older pediatric patients and adults. Vigorous coughing is avoided, as that leads to intrathoracic airway collapse and a choke point in the airway. The glottis remains open during these exercises; this avoids increasing intrathoracic pressure over atmospheric pressure and thus avoids airway compression.

During patient interactions, RTs must emphasize the critical role of airway clearance. Ongoing instruction of parents is a vital part of the role of the RT in the CF clinic, and RTs are very much involved in the care of each hospitalized patient with CF. This role includes performing CPT, instructing patients in ACB and autogenic drainage, supervising their use of HFCWC and airway-oscillation devices, and documenting oxyhemoglobin saturation. Ongoing education and continued emphasis on the fact that airway clearance equals respiratory health in CF may be the most important contribution of RTs to the care of this patient population, both in and out of the hospital. 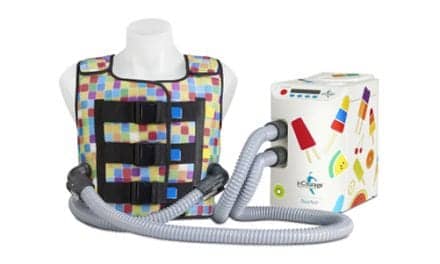 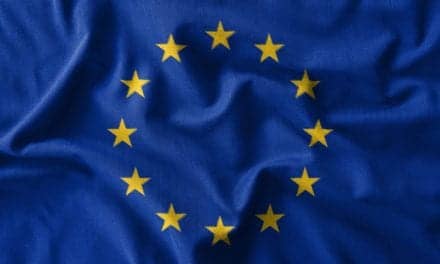