Attempts to lower mortality associated with ARDS have been unsuccessful. The alveolar epithelium as a major feature in the disease’s injury and repair phases is the focus of a study at the University of Minnesota.

Acute lung injury (ALI) is a devastating clinical syndrome caused by inflammatory (leukocytes) and oxidant injury to the exquisitely sensitive alveolar capillary membrane, the site of gas exchange in the lung. As a result, the permeability of the alveolar capillary membrane is compromised, and edema fluid accumulates in the dependent region of the lung impairing surfactant function with ensuing atelectasis and promoting ventilation-perfusion mismatching and severe hypoxemia that is unresponsive to supplemental oxygen. When ALI is severe, it is labeled adult respiratory distress syndrome (ARDS).

ARDS-related mortality has decreased from 60% to 70% in the early 1980s to the present rate of 30% to 40%. Advances in respiratory care and the use of protective ventilatory strategies are considered the main reasons for the improved survival of ARDS patients.1 The decline in ARDS-related deaths appears, however, to have reached a plateau during the past 5 to 10 years. Attempts to lower the morbidity and mortality associated with ARDS further (by targeting specific inflammatory pathways considered central to ARDS development) have been unsuccessful.2,3 While inappropriate timing of treatment, the complexity and redundancy of inflammatory pathways, and failure to reach the site of action are among the reasons cited for lack of efficacy in many clinical ARDS trials, it is clear that a new direction in ARDS research is needed. Our laboratory at the University of Minnesota, Minneapolis, focuses on the alveolar epithelium as a major feature in the injury and repair phases of ARDS/ALI.

The Alveolar Epithelium
The alveolar epithelium is composed mainly of type I (ATI) and type II (ATII) pneumocytes. The two cell types are approximately equal in number, but the flat ATI cells occupy 95% of the alveolar surface area. The cuboidal ATII cells are considered progenitor cells, capable of rapid proliferation and differentiation into ATI cells. ATII cells are also the main site for active fluid resorption and surfactant synthesis in the lung. Therefore, strategies aimed at restoring epithelial barrier function may prevent the leakage of inflammatory mediators into the circulation, limit alveolar flooding, and lower surface tension to prevent lung collapse during expiration. Most important, enhanced epithelial repair during acute lung injury may maintain optimal alveolar levels of surfactant protein A (SP-A).

SP-A, synthesized and secreted by ATII cells, belongs to the collectin family of proteins, which includes surfactant protein D, mannose-binding protein, bovine conglutinin, and bovine collectin-43.4 Collectins are involved in the first-line, innate host defense against invading microbial agents.5 The carbohydrate-recognition domain region binds to specific carbohydrate structures present on the surfaces of bacteria and viruses. This binding initiates microbial aggregation and facilitates phagocytosis and killing by inflammatory cells. It is consistent with the important role of SP-A in host defense that mice lacking SP-A are susceptible to bacterial and viral pneumonia.6,7

Furthermore, microbe-infected SP-A deficient mice exhibit increased inflammation in vivo, but whether the anti-inflammatory effects of SP-A are related to microbial clearance (versus direct suppression of inflammation) remains unclear. Emerging evidence indicates that SP-A has immunomodulatory effects on cells of the innate immune system (macrophages) and adaptive immune system (T cells). Recent studies8 show that SP-A can suppress T-cell proliferation through at least two distinct mechanisms: a direct interleukin (IL)-2-independent mechanism that involves the attenuation of cytosolic free calcium, and a second IL-2-dependent mechanism that requires activation via T-cell receptor complex in the presence of accessory cells. Evidence indicates that SP-A is responsible for the well-documented hyporesponsive state of lung lymphocytes.9

In contrast, other groups10 have shown that SP-A stimulates cytokine production by lymphocytes and macrophages/monocytes. Kremlev et al11 reported that SP-A, purified by preparative isoelectric focusing from patients with alveolar proteinosis, stimulates cytokine production by human peripheral-blood mononuclear cells and by a monocytic cell line. Although the reasons for the conflicting effects of SP-A on inflammation may include contamination of SP-A preparations with lipopolysaccharide, the method of SP-A isolation, and the cell-culture model used (reviewed by Wright9), it is noteworthy that most studies performed in vivo to date have shown an anti-inflammatory role for SP-A.12

Low levels of SP-A have been reported in patients with inflammatory lung conditions, including lung transplantation13 and cystic fibrosis.14 SP-A concentrations in bronchoalveolar lavage fluid (BALF) are significantly lower in patients at risk for ARDS, and those concentrations can be used after the onset of ARDS to predict high risk for severe ARDS and/or death.15

Bone-Marrow Transplantation
Our laboratory investigated the role of exogenous and basal endogenous SP-A in a murine model of noninfectious diffuse acute lung injury after allogenic bone-marrow transplantation (BMT). Although our model simulates many features of ARDS, including severe inflammation and epithelial injury, its main differences from ARDS are that injury is triggered by irradiation/conditioning drugs and caused by donor T cells and activated host macrophages. Wild-type and SP-A deficient mice were conditioned with cyclophosphamide and lethal irradiation and then given allogenic bone marrow plus inflammation-inducing donor-spleen T cells at the time of BMT. On the seventh day after BMT, during the time of peak injury due to donor T cells, BALF from SP-A deficient mice contained increased numbers of inflammatory cells and higher levels of the proinflammatory mediators tumor necrosis factor (TNF)-alpha, interferon (IFN)-gamma, and nitric oxide than BALF from wild-type mice.16 Exaggerated inflammation in SP-A deficient mice was associated with decreased dynamic lung compliance and increased donor-T-cell–dependent mortality (P=.0007, n=10) (Figure 1). Similarly, mice treated with transtracheal human SP-A (50 µg), instilled on the fourth day after BMT during a time of in vivo donor T cell activation, exhibited decreased inflammation and improved early survival, compared with buffer-instilled mice (Figure 2). Exogenous and endogenous SP-A enhanced survival without significant changes in weight loss following allogenic BMT. Because SP-A is mainly limited to the lung, we speculate that inhibition of pulmonary inflammation and dysfunction are sufficient to improve survival, at least in the short term. These observations underscore the importance of modifications of the local milieu of the lung in determining the outcomes of inflammatory pulmonary diseases.

The complexity of cellular interactions in vivo precludes a definite determination of the mechanisms or cell type affected by SP-A, especially since recent evidence17 indicates significant cross talk between the innate and adaptive immune systems, as well as that innate immunity may have a major impact on the response of the adaptive immune system. It is also possible that SP-A exhibits other protective functions, such as direct antioxidant activity, inhibition of complement activation, and termination of lipid peroxidation.18,19

In contrast to our results, Ikegami et al20,21 have shown that deaths caused by hyperoxia and N-nitroso-N-methyl-urethane (NNNMU)-induced lung injury did not differ in SP-A–deficient and SP-A–sufficient mice. Because surfactant dysfunction is the primary mechanism of lung injury and mortality during exposure to high concentrations of oxygen or NNNMU, the differences in the effects of SP-A on mortality rates seen in our work and that of Ikegami et al may support a more significant role for SP-A in modulation of T-cell immune responses (rather than prevention of surfactant inactivation).

Keratinocyte Growth Factor
Keratinocyte growth factor (KGF) is produced by mesenchymal cells and is a member of the fibroblast growth factor family. It is a specific mediator of epithelial-cell proliferation and differentiation. KGF has been shown to be protective in several experimental models of lung injury.22,23 Panoskaltsis-Mortari et al24 have shown that pre-BMT systemic injection of recombinant human KGF (rHuKGF) improves the survival of irradiated mice infused with inflammation-inducing donor T cells at the time of BMT, but the protective mechanisms remain incompletely understood. KGF can increase SP-A expression in vivo 1 to 3 days after transtracheal injection. In addition, we reported an association between the ability of rHuKGF to upregulate the expression of SP-A and to downregulate the pulmonary inflammation that occurs after allogenic BMT.25 To establish a causal relationship, rHuKGF (5 mg/kg) was administered subcutaneously, for 3 consecutive days prior to irradiation, to SP-A–sufficient (SP-A+/+) and SP-A–deficient (SP-A-/-) mice given inflammation-inducing allogenic spleen T cells at the time of BMT. rHuKGF failed to suppress the high levels of TNF-alpha, IFN-gamma, and nitric oxide contained in BALF collected on the seventh day after BMT from SP-A-/- mice (in contrast to SP-A+/+ mice). rHuKGF attenuated early post-BMT weight loss in both SP-A+/+ and SP-A-/- recipients. In the absence of supportive respiratory care, however, SP-A deficiency eventually abolished the ability of rHuKGF to prevent weight loss and to improve survival (monitored for a month after allogenic BMT).26 We concluded that optimal upregulation of SP-A is required for the anti-inflammatory protective effects of KGF to take effect after allogenic transplantation. Clearly, subcutaneously administered rHuKGF exerts multiple systemic effects that can limit inflammation and injury dependent upon donor T cell. For example, rHuKGF administration from the third day before through the seventh day after the procedure lessens the severity of graft-versus-host disease in the gastro-intestinal tract, probably by protecting the intestinal epithelium and limiting lipopolysaccharide leakage.27 In the thymus, pre-BMT injection of rHuKGF 3 days before through 3 days after graft-versus-host disease restores thymic architecture and normal thymopoiesis, probably through enhanced production of IL-7 derived from thymic epithelial cells.28 These extrapulmonary beneficial functions of rHuKGF are unlikely to be altered by SP-A deficiency. In the context of persistent inflammation in the lungs of SP-A-/- mice, however, severe pulmonary immune responses may eventually lead to rapidly progressive respiratory failure, multiple organ failure, and death. Whether a similar dominant function of SP-A in mediating the protective effects of rHuKGF will be observed in other models of lung injury remains to be determined.

Conclusion
SP-A, first described by Clements and King in 1972,29 co-isolates with surfactant lipids; therefore, initial in vitro studies focused on its ability to regulate surfactant homeostasis and function. Unexpectedly, however, unstressed SP-A–gene mutant mice failed to develop abnormalities in the surfactant system. Instead, SP-A-/- mice exhibit susceptibility to respiratory infections, consistent with a major role for SP-A in pulmonary host defenses. Further work revealed that SP-A can also regulate cellular immune responses and T-cell proliferation, and may have antioxidant and antiapoptotic effects.

Clearly, SP-A plays an important role in the lung’s mesenchymal-epithelial cellular interactions. Exposure to signals of inflammation may induce mesenchymal cells to secrete KGF, which can enhance the expression of SP-A. SP-A has several protective functions, and the specific mechanism of protection may depend on the nature and type of injury. Taken together, these results should encourage development of recombinant human SP-A for use in the treatment of ARDS and other pulmonary inflammatory and oxidant diseases.

By promoting ATII-cell proliferation and differentiation, KGF administration may represent an effective treatment for patients at high risk for ARDS. KGF renders the alveolar epithelium resistant to oxidant injury, thus preserving the epithelial barrier’s structure and function. Our data indicate that one of the main protective mechanisms of KGF, in a model of ALI after allogenic BMT, is the upregulation of epithelial-cell–derived SP-A expression in the lung.

Kendra L. Gram, MD, is a pediatric critical care fellow in the Division of Pulmonary and Critical Care, University of Minnesota, Minneapolis. Shuxia Yang, is a research scientist in the division. Imad Y. Haddad, MD, is interim co-division head and associate professor of pediatrics at the university.

ACKNOWLEDGMENTS
This work was supported by grants from the American Lung Association (JM-Career Investigator Award) and the US National Institutes of Health (R0-1 HL67334). 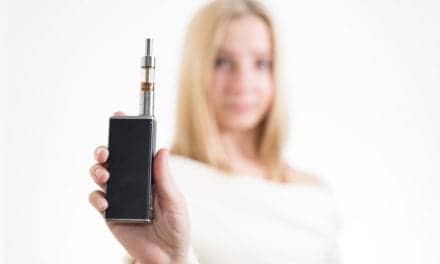