Patients suffering from the chronic obstructive pulmonary disease (COPD) may benefit greatly from a three-times-a-week dose of an antibiotic, according to a study by researchers at Virginia Commonwealth University (VCU) published in the New England Journal of Medicine.

The VCU team performed a critical review of current clinical studies, reviewed the pharmacology and adverse effects of the antibiotic, azithromycin, and examined the risks and benefits of a regimen of a Monday, Wednesday, and Friday dose of azithromycin. They concluded that a large segment of COPD sufferers could benefit from the preventive approach.

While the proposed approach for use of azithromycin for the prevention of COPD exacerbations has not been endorsed by any of the large pulmonary and infectious disease organizations, including the GOLD group, Richard P. Wenzel, MD, led author of the study and professor and former chair of the department of medicine at VCU, and former president of the International Society for Infectious Disease, contends that the current review is compelling enough that these groups may move to revisit their current guidelines.

"This approach has the potential to eliminate one-third of the severe exacerbations each year among patients with COPD," said Wenzel.

However, according to Wenzel, this protocol may not be suitable for every patient. Some may suffer adverse consequences with a year-long use of azithromycin, such as hearing loss, antibiotic resistance, and heart rhythm disturbances. The VCU team reviewed many of the studies of the drug and made recommendations to minimize the unwanted consequences yet provide relief to a large segment of the COPD patients.

In the study, the authors outlined a list of proposed criteria for choosing which patients would benefit and who should not take the proposed regimen. They would exclude those with a high risk of cardiovascular disease who may be prone to dangerous cardiac rhythm disturbances; those on drugs already known to affect the electrocardiogram adversely and that might interact with the antibiotic azithromycin; and those with hearing loss.

Wenzel and his colleagues noted that an earlier study based on a large clinical trial indicated that if approximately three people must be treated to prevent one annual exacerbation, then the cost to prevent an exacerbation would be $3,564 for daily dosing, or $1,545 for dosing three times a week.

They also noted that a recent study in Canada showed that the cost of a hospital stay following an acute exacerbation of COPD was $9,557 Canadian dollars. In 2000, 726,000 patients were hospitalized in the United States with acute exacerbations of COPD. 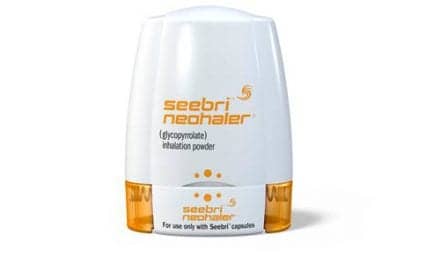