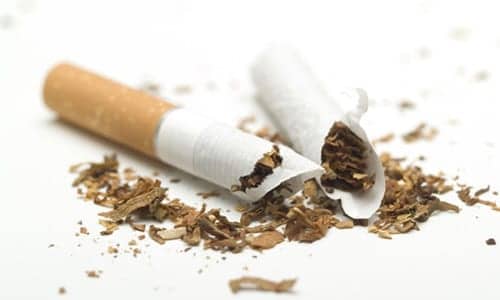 On January 11, 1964, the US Surgeon General released its landmark Report on Smoking and Health, which, for the first time, linked smoking to lung cancer, COPD, and other diseases. The report, along with subsequent tobacco control efforts, are responsible for adding nearly 20 years of life to 8 million people, according to a recent study published in the Journal of the American Medical Association.1

However, according to the agency’s current administration, despite a half century of tobacco control efforts, smoking is even more deadly today than it was 50 years ago. 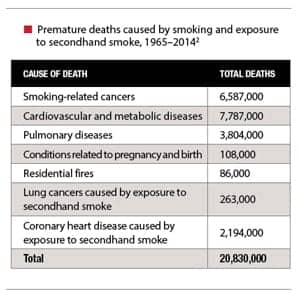 Smoking now kills 480,000 Americans each year.2 In addition, smoking is responsible for more than 87% of all lung cancer deaths and 61% of all lung disease deaths.2 These conclusions, along with several others, are part of the 32nd Surgeon General’s report on smoking and health, The Health Consequences of Smoking – 50 Years of Progress.

For the first time ever, the Surgeon General causally linked smoking to increased risk for both contracting and dying from tuberculosis.2 The report also suggests that youth smoking may cause asthma. In addition, women are now at equal risk of mortality and morbidity as a result of smoking-caused diseases. More women than men now die from COPD and the report suggests that women may be more susceptible to develop severe COPD at younger ages than men. Among the other major conclusions of the report, some already well documented, were:

In addition to the human cost, smoking results in a significant economic burden on the United States, estimated at $289 to $333 billion each year, including annual direct medical costs of $132 to $175 billion. Meanwhile, economic productivity losses exceed $151 billion annually, with exposure to secondhand smoke resulting in $5.6 billion in lost productivity, according to the report.2

“This report underscores the imperative to enact policies that prevent our youth from ever starting an addiction to tobacco,” Harold P. Wimmer, national president and CEO of the American Lung Association, said in a released statement. “State and federal policymakers must battle a changing Big Tobacco and step up to fund programs and enact policies proven to reduce tobacco use.” RT