As the Thermostat Goes Up, COPD Symptoms May Worsen 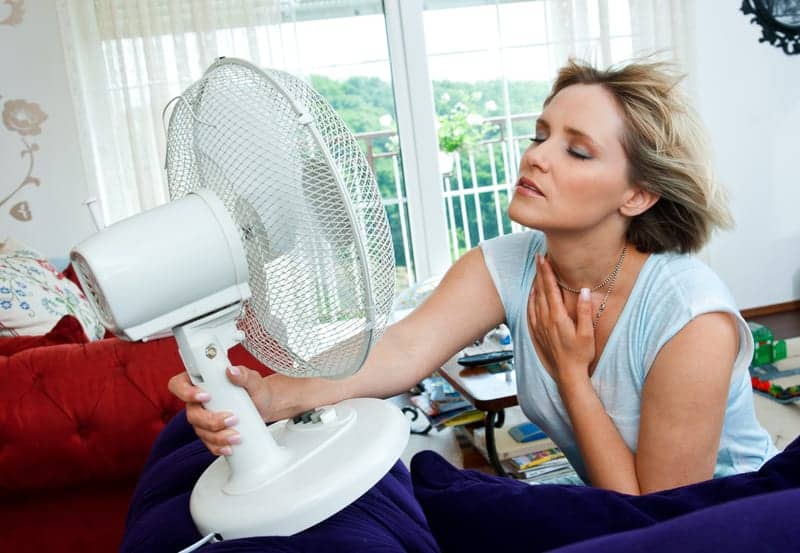 In “Respiratory Effects of Indoor Heat and the Interaction with Air Pollution in COPD,” Meredith C. McCormack, MD, MHS, and her Johns Hopkins University colleagues report on a longitudinal study of 69 participants with moderate to severe COPD during the hottest days of the year.

“Previous studies have found that the elderly are particularly vulnerable to the effect of heat and more likely to die or be hospitalized during heat waves,” said Dr McCormack, an associate professor of medicine at Johns Hopkins and lead study author. “Our study builds on these findings by investigating exposure at the individual level, including in-home assessment of temperature and specific health effects of COPD. To our knowledge, this is the first study to report an interactive effect between indoor temperature and indoor air pollution in COPD.”

Participants completed a daily questionnaire that included the Breathlessness, Cough, and Sputum Scale (BCSS), which provides a standardized rating of respiratory symptoms. Participants also performed daily spirometry to assess their lung function and recorded their use of rescue inhalers to manage symptoms.

This information was analyzed along with measurements of two air pollutants in their homes — fine particulate matter (PM2.5) and nitrogen dioxide (NO2) — as well as outdoor temperatures during the study period.

View the full story at www.sciencdedaily.com

Study Aims to Predict Who Will Develop COPD

Prevention Is Still the Best Way to Manage This Disease