The term chronic obstructive pulmonary disease (COPD) refers to a spectrum of chronic pulmonary conditions characterized by shortness of breath, coughing, sputum production, airflow limitations, and impaired gas exchange. Most patients with COPD have either chronic bronchitis or emphysema. COPD is estimated to affect at least 15 million US residents, and it is the fourth leading cause of death in the United States.1 Among the principal causes of death, only COPD continues to have a growing death rate (increasing by more than 20% in the past decade).2

Successful management of COPD is predicated on the ability to slow disease progression, prevent infection, and treat reversible symptoms. If the extent of disease is not completely irreversible (end stage), its progression can be slowed through smoking cessation, reduction of exposure to environmental or occupational irritants, and therapy with supplemental oxygen. Several agents are available for the management of reversible bronchospasm associated with COPD. These include theophylline, b2-agonists, corticosteroids, anticholinergic agents, and mucolytic agents. Management of COPD is, therefore, a complex process that often requires multiple medications, multiple dosing regimens, supplemental oxygen, lifestyle changes, and frequent physician visits. The cornerstone of medical management is compliance, without which therapy may be ineffective and quality of life may be suboptimal.

Despite advances in medical therapy, a significant number of patients with advanced COPD face a miserable existence and are at risk for death. This subgroup includes patients who have a forced expiratory volume in one second (FEV1) of less than 45% of the predicted value and who remain symptomatic despite smoking cessation, optimal drug therapy, use of supplemental oxygen, and pulmonary rehabilitation. Once the FEV1 falls below 30% of the predicted value, the 5-year death rate approaches 60%.2 For patients with advanced COPD, surgical options include lung-volume–reduction surgery (LVRS) and lung transplantation. The goal of surgical therapy of COPD is to prolong life by preventing secondary complications, to relieve dyspnea, and to enhance quality of life by improving functional status.

LVRS Historical Perspective
In the 1950s, Brantigan and Mueller3 reported their experience with resecting the most diseased 20% to 30% of emphysematous lung tissue, coupled with radical hilar nerve stripping, in a small sample of patients. They postulated that resection of peripheral lung in patients with severe COPD would increase lung recoil and, therefore, increase radical traction on peripheral bronchioles, thereby reducing airflow obstruction and relieving dyspnea. Brantigan and Mueller’s procedure did produce clinical improvements in pulmonary function, but the mortality rate was high and the procedure was soon abandoned.

Today, improvements in surgical techniques have rekindled interest in the surgical treatment of COPD. Between 1991 (when Wakabayashi et al4 began reporting success using laser bullectomy for patients with diffuse bullous emphysema) and 1995 (when Medicare stopped reimbursing for LVRS), the number of surgical procedures increased at an almost exponential rate. The biggest spur to surgical intervention came when Cooper et al5 presented data from 20 patients who had undergone bilateral LVRS. The operations were done through a median sternotomy and employed a linear stapling device fitted with strips of bovine pericardium to minimize air leakage through the staple holes. These investigators reported no early or late mortality, and the procedure produced a mean improvement in FEV1 of 82%, a rise in mean room-air Pao2 from 64 to 70 mm Hg, and a mean increase of 122 m in the 6-minute walking test, as well as improvements in dyspnea and quality-of-life scores.

The positive outcomes seen in the series by Cooper et al5 sent a wave of excitement through the medical and surgical communities that continues to this day. Although many centers have been performing LVRS and aggressively marketing the procedure to patients, only a few have systematically collected data that would help assess any criteria or outcomes. As a result, perhaps thousands of patients have now undergone a major thoracic procedure about which little is actually known. Questions about LVRS still exist, particularly those concerning associated morbidity and mortality, the durability of improvements in lung function, the characterization of patients who benefit most from the procedure, and the ultimate effect of the procedure on mortality in comparison with conventional medical therapy.

With either median sternotomy or VATS with stapling resection, excision of lung tissue has been based on preoperative targeting of the worst areas of emphysematous lung using preoperative high-resolution CT scanning or quantitative lung-perfusion scanning. Ultimately, direct visualization during the operation determines the extent of resection (which is accompanied by the use of an automatic stapling device). Bovine pericardium strips, biological fibrin glues, and Teflon® reinforcement patches have all been used to buttress staple lines in order to decrease the number and magnitude of postoperative air leaks.

Laser therapy for LVRS is applied either in direct contact with the lung surface or as a beam directed at the lung from a distance. Proponents of laser ablation argue that no functional lung is damaged by the process; however, the procedure is capable of ablating emphysematous tissue only at the lung surface. Laser-induced inflammatory responses in nonresected lung tissue have, so far, precluded simultaneous bilateral applications.

Once resection has been completed, extubation is done as quickly as possible to decrease the incidence of postoperative air leaks and pneumonia. Conventional postoperative care includes liberal use of bronchodilators, placement of epidural catheters for analgesic administration, avoidance of excessive systemic narcotics to prevent respiratory depression, early ambulation, and avoiding the connection of chest tubes to wall suction (which could increase the magnitude of postoperative air leaks).6

Mechanism of LVRS Benefits
Improvements in pulmonary function after LVRS have been attributed to at least four possible mechanisms: enhanced elastic recoil, correction of ventilation-perfusion mismatching, improved efficiency of the respiratory musculature, and improved right ventricular filling (Table 1).2 It is likely that one or more mechanisms may be involved, to varying degrees. The amount and characteristics of the removed and remaining portions of lung will largely determine each patient’s physiologic response. Hence, patients who have compressed lungs could be expected to have increased elastic recoil and improved compliance after surgery, whereas those who have mainly emphysematous lung tissue would probably see little change in overall respiratory mechanics.7 By the same token, if areas of low ventilation with preserved perfusion are removed and areas of equal ventilation and perfusion remain, oxygenation would be expected to improve.

The National Emphysema Treatment Trial
The National Institutes of Health and the Health Care Financing Administration are jointly sponsoring the ongoing National Emphysema Treatment Trial (NETT). This trial began enrolling patients in 1997; its target enrollment is 4,700 patients over a 5-year period.6 Objectives of the NETT and patient selection criteria for it are shown in Table 2. The primary goal of the trial is to compare, in patients with severe COPD, the survival rates and exercise capacity of subjects who receive medical therapy alone and subjects who receive medical therapy plus LVRS. It is hoped that the results of this trial will shed a clearer light on the efficacy and safety of LVRS for severe COPD.

Transplantation surgery
The first attempts at single-lung transplantation for COPD were reported in 1970.8 These early attempts failed because of the development of severe early graft dysfunction, which resulted in edematous consolidation of the allograft and hyperinflation of the native lung.6 Severe ventilation-perfusion abnormalities ensued, and investigators concluded, at the time, that unilateral lung replacement was impossible for patients with advanced COPD because of the propensity for unilateral native-lung air trapping. Double-lung transplantation for patients with COPD was performed successfully in the 1980s, and interest in the procedure for this patient group was rekindled.9

In general, lung recipients have clinically and physiologically severe pulmonary parenchymal or vascular disease that is unresponsive to medical therapy.11 These patients have significant limitations in their activities of daily life and a limited life expectancy (1 to 2 years). The potential recipient should have adequate cardiac function without significant coronary artery disease, should be ambulatory with rehabilitation, and should have adequate nutritional status and a satisfactory emotional support system.11-14 Some selection criteria may be considered controversial.

Posttransplantation Management
Early postoperative care focuses on ventilatory support and weaning, fluid and hemodynamic management, immunosuppression, detection of early rejection, and prevention or treatment of infection. As the patient recuperates, the emphasis shifts toward regulating the medical regimen, establishing the routine for postoperative monitoring, and continuing postoperative rehabilitation and education.13

All patients are intubated postoperatively and cared for in a cardiothoracic surgery intensive care unit. Most patients can be managed with a standard single-lumen endotracheal tube, which is preferable for pulmonary toilet. Differential lung ventilation may occasionally be useful. After single-lung transplantation for emphysema, positive-pressure ventilation may result in hyperinflation of the native lung, with a subsequent mediastinal shift.15

Immunosuppression is begun preoperatively with loading doses of azathioprine and cyclosporine.15,16 Before the transplanted lung is reperfused, intravenous methylprednisolone (10 mg per kg of body weight) is given by the anesthesiologist.15 Postoperative immunosuppression is continued with triple therapy, initially using intravenous azathioprine, cyclosporine, and corticosteroids.16 Cyclosporine levels are observed daily and the dosage is adjusted accordingly. Oral preparations of these drugs are used as soon as reliable gastrointestinal absorption occurs. Some programs have favored withholding corticosteroids for the first postoperative week because of concerns about bronchial healing, but there is no evidence that the use of cortico-steroids in the period immediately after surgery has a deleterious effect on bronchial anastomosis.15

All patients initially use radial and pulmonary artery pressure monitoring for optimal hemodynamic management. A newly transplanted lung is extremely sensitive to volume overload due to disruption of the lymphatics. Extreme care is taken to minimize intravenous fluid overload in the early postoperative period. Low-dose dopamine therapy and the careful use of other inotropic agents may help support the hemodynamics of these dry patients.15 Pulmonary edema may be experienced within the first 24 hours after transplantation; therefore, diuretics and fluid restriction are balanced with the maintenance of adequate arterial pressure and renal output.

Additional risk factors for lung transplantation have been reported since that time. Several of the risk factors before the 1-year mark (preoperative ventilator support, congenital heart disease, idiopathic pulmonary fibrosis, and older recipient age) are no longer significant 3 years after surgery. Other risk factors, including prior transplantation and underlying primary pulmonary hypertension, continue to pose long-term risks. A new independent risk factor for 3-year mortality has also been identified: nonwhite recipient race.18

• donor-recipient chimerism (the coexistence of donor cells in recipient tissues, resulting in an enhanced state of tolerance);

• what would be, perhaps, the ultimate expansion of the donor pool: xenotransplantation using transgenic pigs. Transgenic animal technology offers a solution to the problem of early hyperacute rejection because a gene transfected at the time of egg fertilization is present in all cells of a selected transgenic animal line.19

Recently, transgenic mice and pigs that expressed the human complement regulatory proteins decay accelerating factor and protectin were fostered.19 Hearts from these animals were resistant to complement activation and deposition when perfused with human plasma. The implications of such research are truly astounding. If transgenic pigs that express molecules that prevent hyperacute rejection can be generated, then the future of lung transplantation holds great promise.

Conclusion
LVRS and lung transplantation may offer hope for improved quality of life and prolonged life in selected patients with severe COPD. With refinements in surgical technique has come a renewed interest in using these surgical modalities as a therapeutic adjunct to medical therapy. Whether combined-modality treatment offers improvements in outcome over medical therapy alone remains to be determined. Results of the NETT will, one hopes, more fully elucidate the therapeutic value of LVRS, and future prospective trials will define the role of lung transplantation in patients with severe COPD. 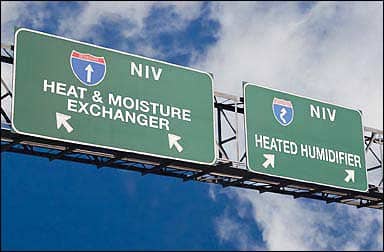 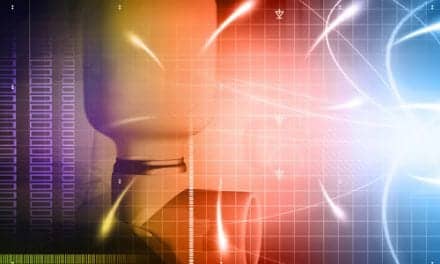 ICS May Reduce Osteoporosis in Female Patients with COPD