A new study finds that lung function and obstructive airway diseases are strongly and independently associated with increased risk of heart failure. The study, which appears in the European Journal of Heart Failure, further showed that this association was even evident in never-smokers and was still evident after adjustment for smoking status and number of years smoking.

The long-term risk of developing heart failure, according to the study, increased with reduced lung function as measured by forced expiratory volume (FEV1) by spirometry, findings which were not altered by age, prior heart disease, or cardiovascular risk factors, including smoking. The study’s authors derived their results from the Atherosclerosis Risk in Communities (ARIC) study, a population-based cohort from the United States, funded by the National Heart, Lung and Blood Institute, in which almost 16,000 adults ages 45 to 64 years old were followed for an average of 15 years.

The study’s authors acknowledge that chronic obstructive pulmonary disease (COPD) is a common co-morbidity in patients with heart failure, and vice versa. However, not until very recently has prior COPD been shown as a long-term risk factor for heart failure, they point out. In fact, an editorial accompanying the report says that this current study now "strengthens the hypothesis that pulmonary obstruction itself is a major risk factor for heart failure." The editorial goes on to say that "thinking of heart failure as a possible cause in any patient with shortness of breath and fatigue, or an increase in such symptoms, irrespective of other disease labels, including COPD, means that physicians need to ‘reset’ their clinical reasoning," and reconsider their pharmacological management.

Baseline data of the ARIC cohort was collected between 1987 and 1989 and included information on socioeconomic indicators, medical history, family history, cardiovascular risk factors, serum chemistries, ECGs, medication use, and lung volumes. Three reexaminations followed the baseline visit, as well as annual telephone interviews and active surveillance of hospitalizations and death. Incident heart failure was ascertained from hospital records and death certificates up to 2005 in 13,660 eligible subjects.

Hazard ratios for heart failure, which were calculated according to quartiles of FEV1 in both men and women and adjusted for age, smoking and height, increased steadily over descending quartiles of FEV1. After further adjustment for cardiovascular disease risk (CVD) factors, the hazard ratio for heart failure comparing the lowest with the highest quartile FEV1 was 3.91 for white women, 3.03 for white men, 2.11 for black women, and 2.23 for black men. These associations were seen at all levels of smoking.

Thus, the study’s authors advise that a low FEV1 reading by spirometry "was strongly predictive" of heart failure, independent of other CVD risk markers.

The study’s first author, Sunil Agarwal, MD, from the University of North Carolina (UNC) at Chapel Hill, says that the results, when interpreted in the context of existing scientific evidence, support a temporal relationship between low lung capacity and development of heart failure. "This risk,” he adds, "given a low FEV1, is similar in magnitude—and may be stronger—than that seen for common and modifiable risk factors such as diabetes or hypertension. The public health implications are huge, particularly since smoking and air pollution affect lung function adversely. So it will be important to determine whether interventions that sustain or improve FEV1 are associated with lower risk of heart failure."

Agarwal notes "multiple drivers,” such as genetic or environmental factors, as a potential explanation for the association. Smoking is known to be associated with heart failure, although in this study the association with low FEV1 was also present in never-smokers. He adds that a recent study published in the New England Journal of Medicine showed an association between subclinical emphysema with impaired relaxation of the heart, a process which may contribute to the development of heart failure. "Whether pulmonary shunting of blood due to COPD, pulmonary hypertension, or arrhythmias also drive this association remains unclear at this time," he says.

"Our study does add to a growing literature indicating that COPD or low FEV1 influence one’s risk of heart failure, even if the observed association cannot be equated with causation. So we have to focus on interventions to prevent or reverse COPD or improve FEV1, and to test whether such interventions reduce the risk of heart failure. Given the complex interaction between the respiratory and cardio-circulatory functions, causation will be hard to disentangle." 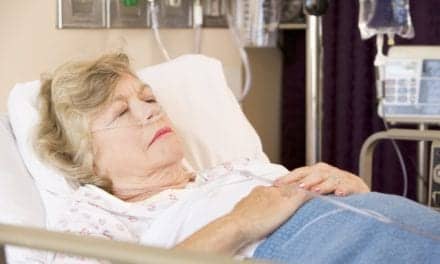 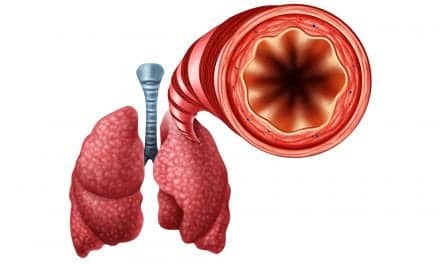