Smokers at Increased Risk for COPD

The level of risk, reported in an advance online publication of the journal Thorax, is higher than previously thought, say A Løkke, department of cardiology and respiratory medicine, Hvidovre Hospital, Hvidovre, Denmark, and colleagues.

Previous studies of the relationship between smoking and COPD have lasted only 5 to 10 years, but Løkke and colleagues followed 8,045 men and women, between 30 and 60 years of age, living in Denmark, for 25 years. Of the participants, 5,280 were smokers and 1,252 were ex-smokers.

All of the participants had normal lung function and none suffered from respiratory diseases such as asthma at the study’s beginning in 1976,

Over the course of the monitoring period, however, 21% of the former or current smokers developed moderate or severe COPD, compared with only 4% of those who had never smoked. The risk was highest in current long-term smokers, who were 25% more likely to develop the lung disease than non-smokers.

The risk of COPD fell dramatically among smokers who quit over the course of the study.

The researchers add that their results “help to show the dangers associated with smoking and hopefully strengthen the anti-smoking advice.” 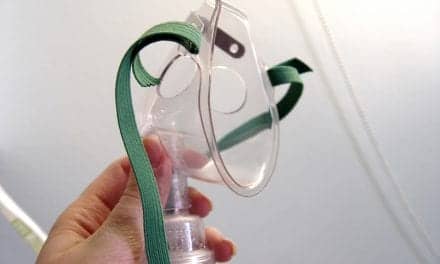 Oxygen Therapy No Benefit for Many COPD Patients