Airway clearance is the primary difficulty in caring for patients with neuromuscular diseases such as Duchenne muscular dystrophy.

Patients with neuromuscular disease present special challenges; many respiratory care issues unique to them are covered in several excellent reviews.1-5

Protocols used for patients with respiratory musculature of normal strength may not be appropriate for patients with neuromuscular disease. There are regional differences in survival in Duchenne muscular dystrophy, which suggests that regional differences in practice exist in the United States.6 The primary difficulty is achieving adequate airway clearance. The majority of therapies available to aid airway clearance are predicated upon the patient’s ability to cough normally. For example, traditional chest physiotherapy helps mobilize secretions, but without an ability to expectorate the secretions, the patient must rely almost solely on the mucociliary escalator for clearance of the mobilized secretions. Despite the use of chest clapping and postural drainage, pooled secretions can become secondarily infected, leading to pneumonia. Even in the face of broad-spectrum antibiotic use, retained secretions can lead to atelectasis and even bronchiectasis.

Widely accepted therapies like bilevel positive-pressure ventilation must also be used differently. As a result, standard protocols used for patients with indications such as obstructive sleep apnea or COPD may not be appropriate for patients with neuromuscular disease. Avoidance of low-span bilevel positive pressure ventilation in favor of high span (with low expiratory pressures) is important in setting up these devices for the patient with neuromuscular weakness.

Prior to the advent of modern respiratory care, patients with progressive diseases of neuromuscular weakness generally died of a combination of respiratory failure and pneumonia. The largest group of such patients, those with Duchenne muscular dystrophy, historically had a choice of tracheostomy and ventilator dependence or therapeutic nihilism and a premature death. Parents of newly diagnosed muscular dystrophy patients were told to expect death in the second decade of life. Fortunately, the outlook for these patients has improved greatly with available new technologies.

The first report7 of prolonged survival in Duchenne muscular dystrophy through the use of noninvasive ventilation was made in 1979. The primary advocate for noninvasive ventilatory management of the neuromuscular patient for the past 20 years has been John R. Bach, MD, of the University of Medicine and Dentistry of New Jersey (UMDNJ), Newark. Bach, whose training is in physical medicine and rehabilitation rather than pulmonology, is the medical director of the Center for Ventilatory Management Alternatives and Pulmonary Rehabilitation at UMDNJ. The noninvasive approach to ventilatory support has been slow to gain acceptance, but recently has been increasingly adopted by clinicians and patients alike. Patients who have been decannulated and converted to noninvasive ventilation have shown a great preference for noninvasive ventilation.8 Bach’s experience4,5,9,10 has been overwhelmingly positive in prolonging life and maintaining quality of life.

For ventilator-dependent patients using both invasive and noninvasive systems, quality of life has also been aided by the development of lightweight, portable ventilators. These ventilators allow patients a normal lifestyle: the freedom of leaving their homes and interacting with society.

Another important technological breakthrough that dramatically improved the lives of patients with neuromuscular weakness was the reintroduction of a mechanical insufflator-exsufflator, which aids coughing. Having a weak cough is the first symptom of respiratory difficulties in Duchenne muscular dystrophy and is a frightening aspect of every neuromuscular disease. Patients and parents of patients with this disease describe living in fear of getting a respiratory tract infection. Assisting cough is critical to aiding these patients. Manually assisted cough is a technique with which every respiratory care practitioner should be comfortable. It requires a cooperative patient (with an empty stomach) and can be achieved with an abdominal thrust or thoracic squeeze. The greatest cough flows are achieved after maximal insufflation of the lungs, which can be performed using a manual-resuscitation bag, a ventilator, or glossopharyngeal air stacking.1 Even patients who use mechanical insufflation-exsufflation should learn manually assisted cough techniques, since the combination of mechanical insufflation-exsufflation with a manually assisted cough is the most effective recreation of a natural cough.11

The original mechanical insufflator-exsufflator was developed in the 1950s for polio survivors. It was based on a vacuum-cleaner engine that could administer positive pressure of 40 to 50 cm H2O followed by 40 to 50 cm H2O of negative pressure as a solenoid valve opened.12,13 As the polio epidemic waned, so did the use of this device. By the 1980s, only a few were still in use. Bach worked with a manufacturer to bring back this device. The mechanical insufflator-exsufflator that resulted was approved by the US Food and Drug Administration in 1993. It has since been modified and is the only expiratory assistance device produced.

Consensus Statement
One of the difficulties facing patients and clinicians caring for those with neuromuscular disease has been the reluctance of insurance companies to approve reimbursement for the mechanical insufflation-exsufflator. Although the device is widely accepted by respiratory clinicians who regularly treat patients with neuromuscular disease, many insurance companies still regard mechanical insufflation-exsufflation as unproven or experimental. It is hoped that the upcoming publication of a consensus statement on the respiratory care of the patient with Duchenne muscular dystrophy will aid patients and caregivers in gaining access to appropriate respiratory therapies.17 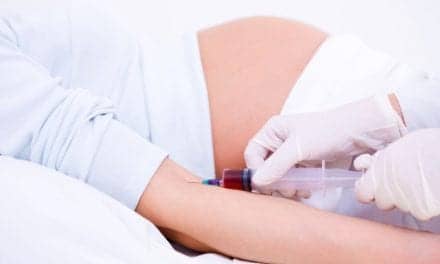 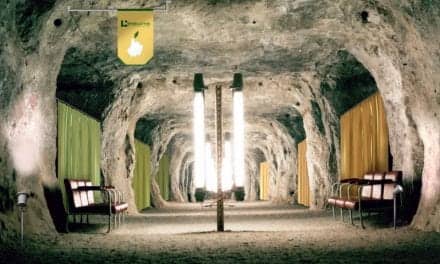