For the study, 20 hypercapnic COPD patients were divided into three groups: those with an acute exacerbation of COPD on non-invasive positive pressure ventilation (NIPPV) at very high likelihood for requiring intubation and invasive positive pressure ventilation (IPPV), patients requiring NIPPV who had failed two weaning attempts and did not want IPPV, and those who were already on IPPV who had failed two weaning attempts or failed one weaning attempt and did not want to continue with IPPV.

Invasive ventilation was avoided in all patients in the first group, according to researchers. Both patients in the second group were successfully weaned and in the third group, only one patient remained on the same level of ventilation as before ECCO2R, with three being weaned completely. Seven patients died within 30 days of discontinuing ECCO2R, but the overall mortality rate of 35% was expected, given the severity of the patients’ conditions, the authors said.

The study established the “feasibility of using this single venous catheter ECCO2R device for effective removal of CO2 at relatively low blood flow rates in hypercapnic patients,” the authors concluded. “It may be useful in the treatment of hypercapnic respiratory failure in patients with COPD and, possibly, may have a role in assisting protective ventilation in patients requiring extreme ventilatory support, such as in severe ARDS.” 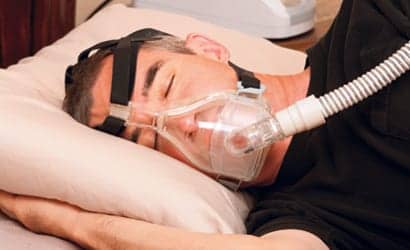