NPPV In End Stages of COPD

Studies suggest that patients in end-stage COPD can benefit from NPPV through improved gas exchange, significant drops in PaCO, and decreased heart rate

The progression of chronic obstructive pulmonary disease (COPD) is such that, in its end stages, the potential for acute respiratory failure rises to the point of near-inevitability.

When such failure occurs, a question with which providers then wrestle is whether the ventilatory support employed should be of the invasive or noninvasive type. Increasingly, evidence suggests that noninvasive positive pressure ventilation (NPPV) is in many instances appropriate.

“During the past several years, a number of studies have reported that NPPV is well-tolerated and associated with improvements in gas exchange in selected patients with acute respiratory failure,” write Nicholas S. Hill, MD, FCCP, and Thomas J. Meyer, MD.1 “Most of the patients enrolled into these studies had exacerbations of COPD, but patients with decompensated congestive heart failure (CHF) and restrictive lung disease, postextubation respiratory failure, and pneumonia have also been studied.

“Rates of success, defined as ability to tolerate the mask and avoidance of intubation, have varied from 62% to 88% among these studies and are similar among the various diagnoses. In one study, a significant drop in PaCO within 2 hours of initiation was a predictor of success, and respiratory and heart rates usually decreased rapidly as well. Various ventilator setups have also been used, including volume- or pressure-cycled ventilators and nose or face masks, but no single arrangement is superior to another.”

As Hill and Meyer put it, NPPV has been well tolerated by patients with acute respiratory failure, and reported complications have been minor and relatively infrequent. However, “the use of NPPV in patients with COPD has not yet been thoroughly studied,” they assert.

Already, though, the studies are beginning to pile up, especially abroad. For example, consider one recent study2 by the Lung Disease Department at Lucca Hospital in Lucca, Italy. NPPV is effective at avoiding or postponing endotracheal intubation, the study found, adding that the intervention introduced no significant risk of barotrauma. The study was conducted during a 12-month period and looked at 17 of 34 patients admitted to the hospital’s intensive care unit (ICU). The patients ranged in age from 38 to 81 and all were experiencing hypercapnia. The subjects were ventilated with the use of a nasal mask, and NPPV was delivered continuously for 8 to 24 hours until the patients were stable. NPPV was then continued intermittently for 10 to 14 hours daily over the course of several days. Twelve patients showed improvement in dyspnea and mental status; only two died in the ICU.

Add to this a study by Putinati et al,3 which finds “sufficient evidence that NPPV in selected patients with severe hypercapnic acute respiratory failure due to COPD is more effective than pharmacological therapy alone.”

Survival Declines Over Time
Importantly, NPPV appears to be a viable alternative to endotracheal intubation in end-stage lung disease when acute respiratory failure occurs, suggests still another Italian study by Scala et al4 at UO Pneumologia, Arezzo, Italy. The investigators looked at 116 episodes of acute respiratory failure that were treated with NPPV from the end of 1995 until the beginning of 2000 and decided to retrospectively study a total of 40 cases—33 involving COPD, and six involving pneumonia. It was soon observed that gas exchange significantly improved in all cases after 2 hours of NPPV.

From Barcelona, Spain, comes word of a study6 demonstrating that long-term survival in COPD patients requiring NPPV for acute exacerbations is similar to that of patients requiring invasive ventilatory support. The study, performed by the Departmento de Pneumologia at the Hospital de la Santa Creu i de Sant Pau, centered on 36 consecutive patients admitted to the department’s respiratory medicine ward for acute exacerbation of COPD. NPPV was administered via a bilevel positive pressure ventilator in conjunction with use of either a nose mask or a full-face mask. The mean age for the group was 72, plus or minus 6 years. At 12 months, 70% of the patients remained alive; at 36 months, 40%.

(Scala et al4 gathered data showing somewhat similar survival rates. At 24 months, 45% of patients in the study were still alive, while at 36 months the number had declined to 38%.)

Experts mention that there is a tendency in some circles to blame the machine when COPD end-stage patients do not survive an acute respiratory failure episode, since it is not always possible to avoid mask leaks (an airtight seal around the interface between face and mask being essential for the intervention to work properly). In response, some researchers7 point out that the demise of end-stage COPD patients can more often than not be attributed to complications and comorbidities rather than to the failure of NPPV itself. “The high mortality associated with prolonged ventilation appeared to reflect the severity of the illness rather than the need for mechanical ventilation,” according to a recent article.7 “The underlying disease associated with respiratory failure also has an important effect on outcome. Patients with malignancy and respiratory failure who receive mechanical ventilation have a 90% to 100% mortality rate and an expected life span of only a few months.”

Increased Interest
NPPV, of course, is an intervention that has been utilized for respiratory failure for quite some time. Hill and Meyer1 trace its origins to the days when noninvasive negative pressure ventilation was used to treat respiratory paralysis in polio victims. Noninvasive positive pressure systems came into limited use in the 1960s, Hill and Meyer inform. At the time, it was not used for ventilatory support but, rather, as a mechanism for delivering aerosolized medication through a mouthpiece when patients experienced acute exacerbations of chronic pulmonary diseases.

“After controlled trials showed no benefit of this modality over standard nebulizer treatments, it rapidly fell into disfavor,” say Hill and Meyer.1

It was almost 2 decades later that interest in NPPV reawakened, thanks to studies showing that nighttime use of the modality could alleviate symptoms of chronic respiratory failure by improving gas exchange.

In part, the interest that exists today in NPPV as an end-stage COPD treatment modality stems purely from the economics of care. Experts calculate the number of COPD cases in the United States today at around 15 million. Approximately $2.2 billion is spent on long-term oxygen therapy. About $1.7 billion goes to hospitalizations and inpatient physician services, with an additional $148 million directed to emergency department visits.

But interest in NPPV as a suitable intervention for treating acute end-stage respiratory failure in COPD arises as well from the compassion-driven desire to give patients the best chances for survival, authorities insist.

“Standard use of NPPV now seems justifiable in patients with acute respiratory failure who are reluctant or have declined endotracheal intubation but desire a trial of ventilatory assistance, and in patients with decompensated cystic fibrosis awaiting lung transplant who would be removed from transplant lists if they were endotracheally intubated,” advise Hill and Meyer.

Choosing Candidates
Endotracheal intubation of end-stage COPD patients continues to be common. But as NPPV continues to gain acceptance, the big issue will increasingly become how to determine which COPD patients make the most appropriate candidates for NPPV.

Weiche et al8 argued that it may be possible to tell which COPD patients are at risk of near-term death (and, by extension, a good candidate for NPPV intervention) simply by asking their primary care physician the question, “Would you be surprised if this patient died within the next year of their COPD?” The researchers proffesed that this could prove a simple but reasonably reliable screening tool “to more efficiently target palliative services and end-of-life care planning to patients with advanced CHF and/or COPD.” To arrive at this assertion, the researchers first determined that patients would be eligible for inclusion in this study if any of three conditions were met: their clinical charts carried a diagnosis of CHF or COPD; they had been hospitalized within the past 2 years with primary or secondary diagnoses of CHF or COPD; or they had been directly identified as CHF or COPD cases by their primary care physicians.

Of 151 patients qualified for inclusion in this study, the researchers tallied 72 whose primary care physicians answered “no” to the question about whether death within a year would come as a surprise. Nine months later, nine of those 72 patients were indeed dead. However, among the patients whose doctors did not expect them to die, not one life was lost.

“As experience with it accrues and technologic improvements are made, its use will likely expand and become better defined. [Yet,] if the technique is to be used, a number of caveats should be considered. [For example,]…patients receiving NPPV for acute respiratory failure should be monitored at least as closely as patients who undergo endotracheal intubation because they are at risk for sudden deterioration.

“In appropriately selected patients, however, use of NPPV appears to be safe, well- tolerated, and associated with improvement in gas exchange.” 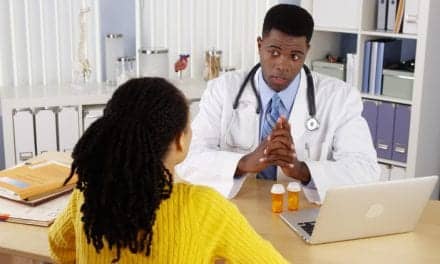