Past studies1-5 on the use of noninvasive positive-pressure ventilation (NPPV) have demonstrated improvement in arterial blood-gas values, diminished symptoms associated with alveolar hypoventilation, and improved quality of life. Other studies6,7 have reported decreased lengths of hospital stay and shorter stays in intensive care units associated with the use of NPPV in various patient populations. There have been few studies8-10 published on the effects of NPPV on chronic obstructive pulmonary disease (COPD) patients with stable hypercapnia. Of these, all but one reported on small samples of patients followed over short time periods. Leger et al8 reported fewer hospital days for COPD patients treated with NPPV in the year following initiation of treatment. Due to a lack of good studies in this area, the 1995 American Association for Respiratory Care Consensus Conference on NPPV1 withheld recommendation of the technology for the nonacute care of chronically hypercapnic patients. The follow-up conference11 in 1997 concluded, with reservations, that NPPV may be effective for the long-term care of chronically hypercapnic patients. The 1999 consensus conference12 recommended NPPV for chronically hypercapnic patients, but with more rigorous clinical indicators (in particular, a higher PaCO2 that varies according to nocturnal desaturation and/or hospitalization frequency).

Materials and Methods
The study sample was composed of 36 volunteer COPD patients from the states of Florida (19), North Carolina (9), Georgia (4), South Carolina (2), Indiana (1), and New York (1) who had baseline PaCO2 values >45 mm Hg and had been treated with NPPV for at least 20 hours per week for 6 months. Patients ranged in age from 38 to 82 years (mean age: 67 years), with 27% being women and 73% being men. Twenty-five percent of the subjects identified their ethnicity as black and the remainder selected white (additional categories available: American Indian, Asian, Hispanic, and other). Some subjects had been using NPPV at home for more than 6 months, but all questions were based on the time parameters of a month before and 6 months after the start of treatment. Written informed consent was obtained for each subject enrolled in the study, as approved by the institutional review board of the University of Alabama at Birmingham.

The written respiratory quality-of-life (RQL) survey used in this study was administered by a small group of trained RCPs and nurses during face-to-face interviews in the patients’ homes. This was done to ensure that all questions were answered, that the patient (not someone else) provided the answers, and that clarification was made available to the respondent, particularly if a subject did not understand a word in a question. Questions were worded so as not to draw attention to a before-versus-after treatment frame of reference, but simply to the difference in life variables at two different points in time. The survey was adapted from other quality-of-life surveys and was refined, through pilot testing, to focus on respiratory health’s impact on quality of life, to employ appropriate examples for the population of interest, and to ensure patient comprehension. The RQL survey included general and respiratory health categories with scaled scoring.

Although various quality-of-life surveys for pulmonary, general, and mental health were available, pilot testing revealed that patients had difficulty with the questionnaires. Patients often failed to relate to the example activities or had bad feelings because they did not fit within the scope of what a question asked. No survey reviewed was specific enough for the purpose of this study. It was difficult to get patients to maintain concentration long enough to complete any survey without the motivation of an interviewer.

Interviewers followed a regular pattern for each interview that was geared to produce the most accurate recall on the part of patients. The intent and purpose of the study, as well as how the data would be used, were explained to the patient. Patients were assured that their remarks would in no way affect the care that they received or jeopardize their health care coverage, as well as that their anonymity would be protected. Patients were then asked to recall how they felt before the onset of their COPD and when their breathing was at its worst as part of a memory warm-up exercise. Interviewers obtained the start date of home NPPV therapy from patients’ records and asked patients to recall how they felt about a month before that date. Patients were encouraged to go into some detail as they recalled the period. This was done to avoid having the patient fix on a particular bad or good event that might have been associated with a specific date or on the event of initiation of NPPV. The interviewer then determined the date 6 months after the start of home NPPV therapy and asked patients to recall how they felt during the 2 months that surrounded that date. Pilot testing indicated that this interview warm-up improved subjects’ ability to discriminate between negative and positive changes over time.

The remaining 36 questions were more specific and offered scaled answer choices about time periods before and after the initiation of treatment. Thirteen of these questions had p values of less than .05, as measured using the Wilcoxon signed rank test, and all indicated improvement. Subjects reported improvements in activity and energy levels, sleep, breathing difficulty, and feelings of depression. The 13 questions for which subjects stated significant changes in responses after NPPV home treatment are paraphrased in Table 1 with associated P values.

An open-ended question asking for specific examples of new activities and abilities occurring after NPPV allowed the detection of examples of change outside the fixed responses. To avoid corruption of the patients’ meaning, their responses were quoted in full (Table 2).

Discussion
Regular home use of NPPV in this group of chronically hypercapnic patients appears to improve patient-reported quality of sleep, daily activity, mental status, breathing difficulty, and energy level. The quoted patient comments on changes in activity from one time period to the other often exceeded the degree of change that could be reported with the scaled survey answers. This may indicate a ceiling effect imposed by the format of the scaled answers. Some patients may have experienced greater change than could be reported via selection of available responses. Patients were reporting new activities, at the time of the interview, that they had previously been unable to perform. Some of the patients who had been using NPPV longer than 6 months reported improvements persisting beyond the 6-month study period. Previous work has shown quality-of-life improvements among COPD patients using NPPV, but only one other experiment13 examined quality-of-life changes for at least 6 months. It had less than half the number of subjects (14 participants).

Face-to-face interviews proved to be essential not only for ensuring a 100% response rate and completion of all answers, but also to avoid contaminated responses. For example, it became apparent to an interviewer that a subject was giving conflicting responses as the interview progressed. The interviewer then asked if something was on the subject’s mind and it was revealed that there was family tension influencing the subject’s answers. The interviewer took time to help the subject distinguish between his feelings related to the family crisis and his response to what the questions were actually addressing.

Improvements in how people feel in general, their state of mind, and their outlook on the future are important and worthy of consideration. Subjects in this sample clearly felt better and reported less breathing difficulty while using NPPV. Perhaps more concrete findings were that activity levels increased and sleep quality improved. Using the St George’s Respiratory Questionnaire, Jones et al13 found improvements in symptoms, psychosocial impact, and total–quality-of-life scores, but (unlike this study) found no change in activity levels. Pehrsson et al15 found that quality of life was related to sleep quality while studying patients with restrictive disorders. In a review of the literature on long-term oxygen therapy and long-term ventilatory assistance, Wedzicha16 concluded that improvements in sleep time and efficiency may contribute to parallel improvements in health-related quality of life. Patients who become more active and achieve better sleep can assume more of their care, which logically translates into lower patient-care costs.

Some subjects reported a decrease in oxygen flow rates and hours of use (verified by their home care therapists). More research is needed to determine if the improvements seen in this sample are reproducible in other disease groups using home NPPV and how long the improvement might persist beyond 6 months. Further study is needed among patients at different stages of disease.

Conclusion
This instrument indicates that improvements in the quality of life are associated with a minimum of 20 hours per week of NPPV home use in this group of chronically hypercapnic patients. Patients reported decreased respiratory difficulty, increased activity levels, and improved mental status and sleep quality. 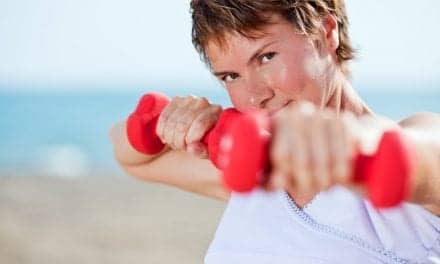