New Tool to Predict Risk of COPD in People of Color

UVA Health researchers say they have developed a better way to predict the risk of COPD for people of non-European ancestry. The PrediXcan-derived polygenic transcriptome risk score (PTRS) is a polygenic risk score test that can reportedly improve cross-ethnic portability of risk prediction for COPD.

Initial tests of the new, more inclusive tool revealed that it is better at predicting COPD risk for both African-Americans and heavy smokers than existing models that were based on genetic information largely collected from people of European ancestry. The tool’s developers say their approach will allow doctors to better predict COPD risk for individuals of diverse ancestry in the United States and around the world.

“Our study demonstrates the possibility of learning from large-scale genetic studies performed primarily in European ancestry groups, and then developing prediction models that can be used for prediction of genetic risk in other ancestry groups,” said researcher Ani W. Manichaikul, PhD, of the University of Virginia School of Medicine. “While the current study focus on risk prediction for COPD, we are already looking to apply similar approaches to improve prediction of genetic risk for other diseases.”

While treatable, COPD is a leading cause of death in the United States and around the globe. Approximately 16 million Americans have COPD, which is a group of lung conditions that includes emphysema and chronic bronchitis. The lung damage caused by COPD is irreversible and accumulates over time. That makes early detection and treatment especially important.

In recent years, doctors have been able to predict patients’ genetic risk of developing COPD and other common diseases using what are called “polygenic risk scores,” or PRS. These look at the total number of naturally occurring gene variations a person has that predispose them to a disease – in this case, COPD. To date, most large-scale genetic studies available for the study of disease risk have limited representation of certain ancestry groups, including African-American and Hispanic, yielding poorer prediction of disease risk for these groups.

Manichaikul and her collaborators sought to improve the ability to predict COPD by better reflecting the world’s genetic diversity. To do so, they layered genetic measurements with other molecular measures from a diverse ancestry group that included a combination of European ancestry, African-American and Hispanic individuals from the United States. Building on these resources, they developed what they call “PrediXcan-derived polygenic transcriptome risk score,” or PTRS. This new approach incorporates much more information about the cumulative effects of gene variations in different groups of people. The result is a model that “bears a more direct connection to underlying disease biology than standard PRS approaches,” the researchers report in a new scientific paper.

The scientists put their new tool to the test by analyzing its ability to predict COPD in tens of thousands of participants in studies conducted by the Trans-Omics for Precision Medicine (TOPMed) program sponsored by the National Institutes of Health’s National Heart, Lung and Blood Institute (NHLBI).

PTRS, they found, was better at predicting COPD in African-Americans and better at predicting moderate to severe COPD in heavy, longtime smokers. Perhaps unsurprisingly (considering it was developed to better reflect non-European populations), PTRS was less effective than PRS in predicting COPD in people of European ancestry. But the availability of multiple “crystal balls” to predict COPD in different populations moves us an important step closer to true precision medicine – medicine tailored to each individual.

“So far, we have shown that by building on genomic data combined with gene expression data from diverse ancestry individuals, we can improve prediction of genetic risk for some people,” said Manichaikul, of UVA’s Center for Public Health Genomics and Department of Public Health Sciences. “Looking forward, we are excited to think about how we can build on other collections of molecular data from diverse ancestry individuals and keep working on improved approaches for prediction of genetic risk for other diseases.”

The researchers have described their tool in the American Journal of Human Genetics. 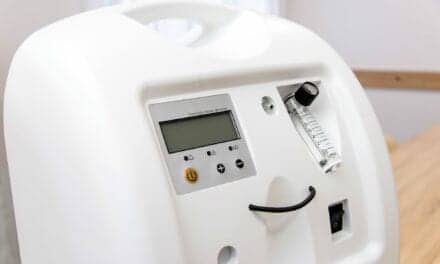 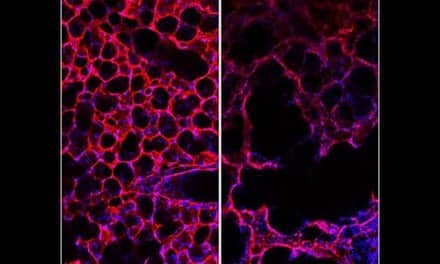