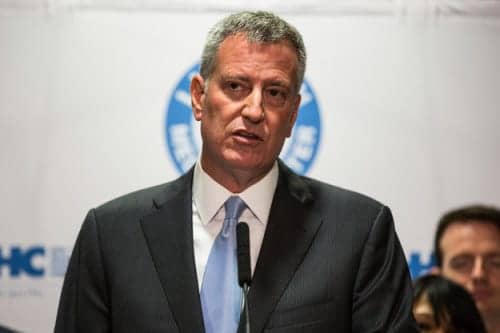 New York City Mayor Bill de Blasio speaks at a press conference updating the public on the Legionnaires’ outbreak in the Bronx at Lincoln Hospital on August 13, 2015.

New York City’s second outbreak of Legionnaires’ disease in less than a year claimed its first victim, a spokesperson for the Department of Health and Mental Hygiene told BuzzFeed News on Wednesday.

Earlier this year, another outbreak of the respiratory ailment killed 12 and sickened more than 120 people, the spokesperson said. Both bouts were concentrated in lower-income areas of the South Bronx. Nearly all those affected have been elderly people with underlying health problems.

The current outbreak has sickened 13 people, including the person who died. Of those affected, 11 have been hospitalized and one has been discharged. No new cases have been reported after Sep. 21.