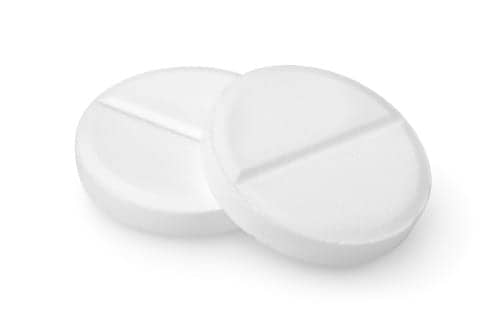 Older adults with COPD who start using opioids have a more than two-fold higher risk of dying from a respiratory-related complication compared to non-opioid users, St. Michael’s Hospital researchers have found.

The study, published today in the European Respiratory Journal, raises safety concerns about new opioid use among older adults with chronic obstructive pulmonary disease, or COPD, a progressive lung disease that causes breathing difficulty, said Dr Nicholas Vozoris, a respirologist at St. Michael’s and lead author of the study.

The researchers looked at the records of more than 130,000 adults in Ontario age 66 and older with COPD, using multiple provincial health care administrative databases at the Institute for Clinical Evaluative Sciences.

“Previous research has shown about three-quarters of older adults with COPD have been prescribed opioids, which is an incredibly high rate of new use in a population that is potentially more sensitive to narcotics,” said Dr Vozoris. “Our new findings show there are not only increased risks for respiratory-related death associated with new opioid use, but also increased risk, of visits to emergency rooms, hospitalizations and needing antibiotics or steroid pills.”

Dr. Vozoris found that 68 per cent of older adults with COPD living in the community were given a new opioid prescription between April 2007 and March 2012. Opioids, such as codeine, oxycodone and morphine are prescribed frequently among older adults with COPD to help treat chronic muscle and bone pain, persisting cough and shortness of breath despite inhaler therapy, as well as insomnia.

“This is a population that has a chronic lung disease, with symptoms that can sometimes be challenging to manage,” said Dr. Vozoris. “This class of drugs may offer some relief, however, there is also evidence suggesting that opioids can adversely affect breathing and lung health in people who already have chronically compromised lungs.”

To lower the risks of adverse events in this population, the thinking has been to prescribe less potent or lower dosage opioids. However, Dr. Vozoris and his team still found a significantly increased risk of respiratory-related complications and death in new opioid users, regardless of dose. “This is an important finding because it has been previously thought that lower opioid doses might be safe for COPD patients,” said Dr. Vozoris.

Dr. Vozoris hopes that clinicians take these findings into consideration when prescribing opioids to COPD patients. Current guidelines recommend their use to manage difficult-to-control respiratory symptoms that can often compromise a patient’s quality of life, but current evidence does not support the use of opioids for chronic pain.

“Sometimes patients are looking for a quick fix for chronic pain or breathing issues and physicians may believe opioids can offer them some relief,” said Dr Vozoris. “The trade-off becomes explaining that there are risks to patients and making sure they understand that potentially alleviating their symptoms could come at a higher cost to their health.”