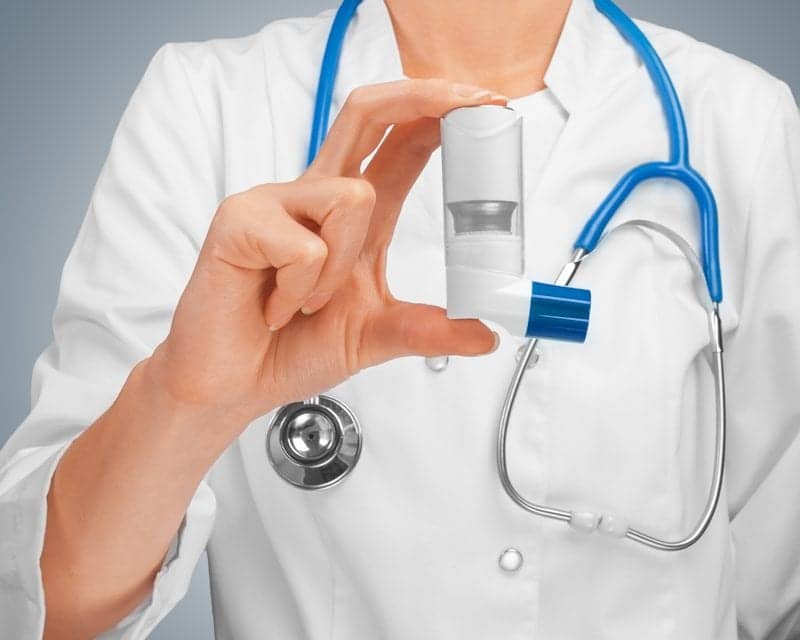 New research finds that long-acting inhaled bronchodilators (IBD) therapy combined with corticosteroids was associated with lower mortality from pneumonia than treatment with IBD alone in COPD patients. By using a Japanese national database, the research team collected data from 1,165 hospitals. The 7,033 eligible COPD patients that had been admitted with pneumonia were divided into the following two groups: patients who received inhaled corticosteroids (ICS) with IBD as therapy and those who received IBD alone. In this population, 3,331 patients received IBD, while 3,702 received combination therapy.

Patients in the IBD-only group were more likely to be older, have a lower body mass index, worse overall state, and more severe pneumonia, compared to patients in the combination treatment group. In addition, in-hospital mortality was 13.2% for the IBD-only group and 8.1% for those administered ICS and IBD. The researchers believe that the study suggests that ICS may have protective effects against pneumonia and pneumonia-related mortality in patients with COPD due to its anti-inflammatory effects, according to a Pneumonia Research News report.

Previous studies have reported that ICS reduces bacterial invasion in the airways and can potentially reduce inflammation. Therefore, prior use of ICS may lead to a less severe form of pneumonia. In this study, the researchers also discovered that higher mortality was associated with some of the characteristics of patients; specifically, older age, male gender, more severe pneumonia, and overall poorer health status.