Many developed countries of the world experienced an obesity epidemic more than 20 years ago. Today, in the United States, more than 64% of adults are either overweight or obese, according to the 1999–2000 National Health and Nutrition Examination Survey (NHANES).1-3 These startling statistics are even more dramatic when one considers that they represent a 14% increase from the 1988–1994 version of the survey and a 36% increase from the 1976–1980 version.

The greatest increase was noted for the obese group, defined as having a body-mass index (BMI) of more than 301-5 and including more than 59 million US residents. Other statistics indicate that developing countries have problems with obesity and chronic disease as well. For example, in 1995, emerging economies reported the highest number of people with diabetes, with India, China, Latin America, and the Caribbean leading the way.6

Numerous chronic disease processes are associated with overweight and obesity. They include heart disease, respiratory disorders, high lipid levels, hypertension, type-2 diabetes, muscle and joint problems, cancer, depression, mood and anxiety disorders, and sleep-disordered breathing, to mention only a few.6-8 In addition, obesity is linked to a decreased life span. Some professional football linemen exemplify a quartet of signs and symptoms that may be a trend; 34% have high BMIs, large neck circumferences, sleep-disordered breathing, and hypertension (compared with 14% of all players and 4% of the population at large).9,10 This trend continues to emerge in other occupations and is advancing in the general population.

Depression and mood/anxiety disorders may be strongly associated with obesity and sleep-disordered breathing. Sleep disruption has long been associated with mood disorders, and depression is a common comorbidity in patients with obstructive sleep apnea (OSA). Specifically, sleep-disordered breathing results in significant sleep disruption, intermittent hypoxemia, and impaired daytime functioning, which may be linked to major depressive disorders.11

Recent data12 showed that consistent use of continuous positive airway pressure (CPAP) significantly reduced symptoms of depression. Whether improved OSA from consistent CPAP treatment decreased depressive symptoms by ameliorating the adverse effects of hypoxemia, by altering neurotransmitter levels, or through an unknown mechanism could not be determined in this study. What is evident, however, is the complexity of sleep-disordered breathing, obesity, and numerous comorbid conditions, together promoting varying levels of dysfunction (and, in some cases, death).

An estimated 18 million US residents suffer from sleep apnea. Of the sleep apnea syndromes, OSA is the most common. The upper airway has been the focus of many studies18-20 investigating the pathology of OSA. One effect on ventilation during sleep is a loss of upper-airway tone. This loss of tone, coupled with obesity, can lead to partial or complete upper-airway occlusions occurring throughout the night, with subsequent systemic hypoxia and hypercapnia.

The most common signs and symptoms of OSA are loud snoring, morning headaches, choking or gasping during sleep, and daytime hypersomnolence. Behavioral consequences of the condition include irritability, inability to concentrate, and memory and learning problems.21-23 The prevalence of OSA is higher in males and in African Americans.

Obesity is a predisposing factor, even where the condition is worsened by alcohol and sleeping pills. In fact, OSA is two to eight times more prevalent in men, and is associated not only with obesity, but with increased neck circumference and reduced cross-sectional area of the upper airway.24 Men possess greater fat deposition in the neck than women do, even when the comparison is corrected for the BMI. Obese subjects possess a larger fat pad, which is correlated with a higher apnea/hypopnea index (AHI).

Women have a greater ability to defend the upper airway against posture-related changes in airway diameter, and have higher upper-airway dilatory muscle tone, compared with males.25 Some longitudinal studies26,27 suggest that the prevalence of OSA increases with age, while others28,29 have found that the AHI remains stable with advancing age and only changes with an increase in the BMI.

Evidence from this study suggests a link between sleep and the neuropeptides leptin and grehlin, which regulate energy balance and food intake. Sleep deprivation lowers the level of leptin, which suppresses appetite, and raises the level of grehlin, resulting in an increased appetite. These researchers further suggest that the growing prevalence of sleep deprivation is a factor contributing to the growing obesity epidemic.

After a high-quality physical examination and medical history, including the evaluation of complaints such as breathing pauses in sleep, a disruptive sleep complaint three or more times per week, daytime sleepiness, loud snoring, and choking or gasping for breath during sleep, polysomnography (PSG) can be ordered. PSG recordings typically include electroencephalography and electro-oculography for the determination of sleep architecture (sleep stages) and periods of rapid eye movement, respectively.

Oral and nasal airflow are recorded, as are chest and abdominal movements, to confirm apnea/hypopnea episodes. Corresponding periods of oxygen desaturation are typically noted via pulse oximetry. In addition, cardiac rate and rhythm, body position, and limb movements are recorded. Continuous monitoring of these physiological variables during sleep allows the detection and quantification of total sleep time and efficiency, sleep-stage percentages and distribution, arousals, hypopneas/apneas, airflow limitation and oxygen desaturation, cardiac-rhythm disturbances, limb movements, and body positions in relation to apnea episodes.

Portable monitors are available for home diagnostic sleep studies and recording of cardiopulmonary variables, but a major limitation (compared with PSG) is that these monitors do not measure important sleep parameters such as sleep staging. The utility of these portable monitors remains questionable, and current clinical practice guidelines31 suggest that insufficient data are available to support the use of unattended portable monitors in the diagnosis of OSA. Overnight pulse oximetry is often used as a screening evaluation for OSA. Recent evidence32 suggests that nocturnal oximetry is a useful screening tool for the diagnosis of OSA in patients without respiratory disease, but physician interpretation of these tests is highly variable, and there is a need for greater standardization to improve the clinical utility of this screening procedure.33

Weight loss: small changes in BMI can have dramatic effects on OSA.34,35 A well-designed exercise program1,29,30 combined with decreased caloric intake, can be effective in promoting significant weight loss and improvements in OSA symptoms. Bariatric surgery is another option, and studies have shown that 50% of patients undergoing this type of surgery have OSA.36 Bariatric surgery is known to improve the AHI and Epworth Sleepiness Scale scores significantly in obese subjects.37

CPAP: creating a pneumatic splint in the upper airway via airflow delivered through a nasal mask is the treatment of choice for most adult patients with OSA. The positive pressure needed to prevent airway collapse is titrated during a sleep study where the pressure is gradually increased until obstructive events are eliminated and acceptable oxygen-saturation levels are achieved. The major drawback to nasal CPAP is compliance. Ranges of 46% to 89% compliance have been reported38,39 for patients using nasal CPAP.

Alternative ways of achieving pneumatic splinting to prevent airway collapse are now available. Bilevel PAP is similar to CPAP, but the instrument is capable of sensing when an inspiratory effort is being made, and a higher pressure is delivered during this time period. The newest generation in CPAP delivery systems is the automatic PAP machine. This technology continuously monitors airflow and adjusts the pressure to compensate for the variation in breathing throughout the night. In addition, newer models of automatic PAP machines are capable of measuring oxygen saturation, apnea duration, body position, and compliance (mask-on time).

CPAP compliance factors: perhaps one of the central reasons that patients fail to use one or more of the PAP devices is related to improper fitting of the face mask or alternative interface. Therapists must take enough time and consider all available options for each patient, and must correctly fit the appliance selected. All patients have unique facial topographies, breathing characteristics, and tolerance levels for being connected to a pressure device. The size of the mask, the type of strap or headgear used, what the mask is made of (in case of allergies), proper instruction for positioning the mask, trouble-shooting techniques, and use of a ramp for pressure application all affect the efficacy of the treatment prescribed.

For example, if the patient complains of sore, dry, irritated, or swollen eyes, one should investigate mask leaks or overly tight mask application; if the patient complains of a dry nose and/or throat, nasal congestion, or epistaxis, then dry air should be considered as the culprit. In addition, the therapist needs to review the placement of the device in the room where the patient sleeps, ensuring that the air-intake port is not blocked, that the noise level is suitable for sleeping, and that the device will not be pulled off and broken during sleep. In obese patients, the therapist also needs to be attuned to weight loss/gain and the need to alter masks or other devices to compensate for changing facial topography.

Oral appliances: both fixed and adjustable devices that advance the mandible have been developed to increase airway size and improve airway patency. Studies40,41 using these devices have shown that the higher the AHI, the less effective they become; they may be a reasonable alternative to CPAP in cases of mild OSA.

Surgery: for patients who are intolerant of CPAP and noncompliant, a surgical intervention may be considered. Several surgical approaches are available to treat OSA, yet findings42,43 on the efficacy of these procedures have been inconsistent. Uvulopalatopharyngoplasty (UPPP), usually combined with tonsillectomy, is a procedure involving partial removal of the uvula and reduction of the soft palate.

A two-phase surgical procedure known as the Stanford Protocol is designed to treat the entire airway and, perhaps, to cure OSA.44 The first phase involves soft-tissue surgeries (UPPP) and genioglossus advancement or hyoid suspension. The patient is then reassessed with a sleep study; if necessary, the second phase involves maxillomandibular advancement. Both objective and subject outcome measures associated with this surgical technique have been positive.45 In addition to these surgical options, tracheostomy remains an alternative for cases of severe OSA.

Obesity and OSA secondary to obesity represent major health hazards in the United States. Untreated OSA is associated with cardiovascular disease, hypertension, mood/memory disorders, and motor-vehicle accidents. This disease affects both males and females, but is significantly more prevalent in men. Inadequate sleep may predispose an individual to obesity and subsequent OSA. PSG remains the gold standard for diagnosing OSA, although overnight oximetry and unattended portable monitoring have some utility as first-line screening tools. A variety of treatment options are available (including weight loss, CPAP, and surgical intervention), and therapeutic decisions are often based on the severity of the disorder. 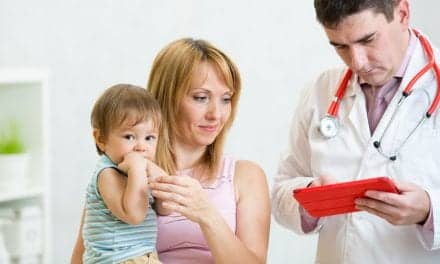 Parents in Dark About Using Epinephrine for Kids’ Food Allergies 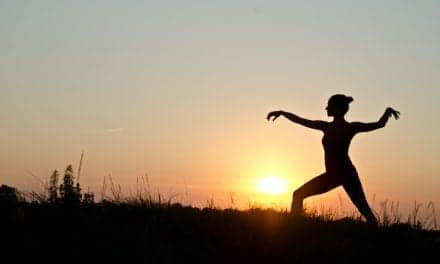