While long-term oxygen therapy has been shown to reduce mortality in patients with chronic resting hypoxemia, nothing suggests it would benefit patients with normal arterial blood oxygen concentrations at rest, reports the American Journal of Respiratory and Critical Care Medicine.

The University of Toronto’s Mika Nonoyama, MD, PhD, and other Canadian researchers studied the effects of supplementary oxygen on 27 COPD patients’ symptoms, exercise tolerance, and health-related quality of life (HRQoL). They performed a series of individual randomized trials in which each patient participated in three 2-week treatment sessions followed by a home assessment by a qualified professional. The patients did not know whether they were getting an oxygen canister or a placebo.

With supplemental oxygen, patients’ ability to complete a 5-minute walking test was significantly improved. They also experienced less dyspnea while breathing oxygen during this test. However, there did not appear to be any long-term benefits of breathing oxygen over placebo in terms of improvement in HRQoL.

Nonoyama and colleagues concluded that the study “does not support the general application of long-term ambulatory oxygen therapy for patients with COPD who do not meet criteria for mortality reduction.”

COPD Foundation to Create One of the Largest COPD Patient Databases 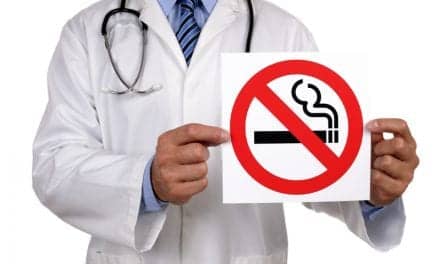