Patients are admitted to the intensive care unit (ICU) for a variety of reasons. Among the most serious are potentially life-threatening bacterial infections. Examples include pneumonia, sepsis, intra-abdominal infection, endocarditis, staphylococcal skin infection, as well as a number of infections caused by multidrug-resistant pathogens. These microorganisms can cause serious clinical conditions, particularly in the immunocompromised individual.

The routes of transmission of bacterial pathogens, whether direct or indirect, should be considered, and the health care practitioner must be aware of any physical contact with the patient that might lead to nosocomial infection. Nosocomial infections are a major source of morbidity and mortality in critically ill hospitalized patients.

Although our ability to care for critically ill patients has improved greatly over the past several decades, the widespread application of techniques such as tracheal intubation and mechanical ventilation in increasingly ill patients has resulted in nosocomial hazards such as ventilator-associated pneumonia (VAP). Pneumonia is associated with the greatest mortality among nosocomial infections and with substantial costs of care. Although respiratory organisms are a serious concern, other pathogens that enter through a variety of other routes cannot be ignored.

Transmission of Pathogens
Bacteria reside in a variety of environments, including soil, food, water, and many areas in and on human and animal bodies. In order for invasion to occur, bacteria must be transported to areas within the body that will be conducive to their growth and replication. Most bacteria invade the body through one of two mechanisms: direct transmission or indirect transmission.

Direct
Direct transmission occurs when bacteria are transported to the host through actual contact with the skin or mucous membranes of an infected individual. Direct transmission can occur during sexual intercourse or any other form of close physical contact.

Indirect
Indirect transmission occurs when bacteria reside for a period of time in some intermediate environment before reaching the human host. The bacteria are transferred when the host comes into contact with that intermediate environment. Indirect transmission can occur in a variety of ways. For example, it can occur when a host comes into contact with inanimate objects (fomes) that have been contaminated by an infected individual. It is also possible for bacteria to be transported indirectly through fine droplets of secretions coughed or sneezed into the air by an infected individual. Pathogens can also be transported into the body through contaminated blood, drugs, food, or water. Finally, indirect transmission can occur when an intermediate animal or insect carries a pathogen from an infected individual to a new host.

Entry of Pathogens Into the Body
The body has several natural openings that allow the passage of pathogens into its tissues. The mouth, nose, and urinary tract are common points of entry. The types of infections that can occur when pathogens enter through these body openings are listed in Table 1 (page 26).

Bacteria can also pass into the body through areas in which there has been a disruption in the normal defense mechanisms. When there is a weakening of the body’s defenses, an individual is more vulnerable to bacterial infection. For example, the skin and mucous membranes normally form effective protective barriers against infection. However, when there is a break in these barriers, such as a cut, burn, wound, or surgical incision, bacteria are allowed to enter, often leading to infection.

Once the bacteria have entered the body, they must find an environment that will allow them to grow and multiply. When such a body site has been found, the second stage of the infectious disease process, incubation, can occur. During this phase, bacteria will overcome host defenses to the extent that they are able to reproduce effectively. In time, these bacteria may spread to other areas of the body and/or may proliferate to such an extent that they cause harm. Throughout the periods of bacterial invasion and incubation, no symptoms of disease are apparent.

Mechanisms of Symptom Production
Once pathogenic bacteria have gained entry into the body, they may begin to reproduce rapidly and proliferate until they overwhelm body tissue. As this happens, the disease process enters the prodrome stage, and symptoms of infectious disease become manifest. Symptoms are produced by three different mechanisms: (1) colonization of bacteria in body tissues; (2) secretion of bacterial toxins; and (3) reaction of host defenses.

Colonization
Colonization is one means by which bacteria can cause cellular damage in the host by overpopulating areas of tissue in the body. This overpopulation can prevent the tissues from obtaining necessary oxygen and nutrients, causing local damage to the area of bacterial colonization.

Secretion of Bacterial Toxins
More frequently, the signs and symptoms of infection result from the effects of bacterial toxins. Two important types of toxins are exotoxins and endotoxins.

Exotoxins are substances that are secreted from certain bacterial cells. They can produce profound effects in the host, such as altering cell membranes, inhibiting cellular protein synthesis, and/or disrupting nervous system function. Exotoxins are usually produced by gram-positive bacteria. While in some cases exotoxins may be distributed throughout the body by the blood, for the most part exotoxins produce local effects on body tissues. Clostridium species are the most frequent producers of exotoxins.

Endotoxins are components of the cell walls of gram-negative bacteria. They are liberated, for the most part, when a gram-negative bacterium dies or is destroyed. Endotoxins enter the bloodstream and produce generalized signs and symptoms such as malaise, fever, and chills. Regardless of the bacterium releasing the endotoxin, the effects produced are essentially the same.

Weakened Host Defenses
Infection may spread in the body and cause disease when the bacteria’s ability to invade tissues is greater than the host’s ability to defend against that invasion. In some cases, pathogens that have a high level of virulence or resistance may persist despite a strong defensive host response. More frequently, compromised host defenses increase susceptibility to infection and allow bacterial pathogens to invade and multiply. An infection that is caused by a pathogen that does not ordinarily cause infection or disease unless it is presented with an opportunity to do so (by weakened host defenses) is called an opportunistic infection.

A number of different factors can cause a patient to become immunocompromised. Any break in the body’s external barriers allows bacteria greater access into areas where they are not normally found. For example, surgery opens the skin, bypassing one important natural barrier to infection. Introduction of catheters, bypass tubes, and prosthetic devices into interior areas of the body may also be accompanied by infection due to the penetration of the body’s external defenses and the introduction of bacteria.

Any condition that weakens an individual can diminish host defenses. Advanced age, nutritional deficiencies, smoking, stress, psychological trauma, and lack of sleep all may weaken defensive responses and increase susceptibility to infection. Preexisting heart and circulatory disorders, as well as acute and chronic illnesses, are common in patients with weakened defensive responses. Burn patients are prime examples of immunocompromised patients, as are patients with chronic obstructive pulmonary disease (COPD).

Certain therapies can increase the risk of infections. For example, cancer patients may be treated with chemotherapy drugs that kill rapidly dividing cells. These drugs may kill dividing immunologic cells as well as dividing cancer cells; hence, they leave the patient more susceptible to infection. Similarly, antibiotic therapy can, in some cases, destroy the protective normal flora and leave the patient susceptible to superinfection.

Host Defense Mechanisms
The body reacts to invasion and proliferation of bacteria with a variety of defensive responses. While the main purpose and effect of these responses are to restrict the spread of bacteria and to kill bacterial cells, they can also be the cause of many clinically important signs and symptoms. Inflammation is one example of the body’s defensive response. Fever (pyrexia) is another.

When blood vessels dilate, they carry increased amounts of blood, protective cells, and plasma proteins to injury sites. Redness and heat result from the accelerated flow of blood that accompanies these dilatory changes. The increased permeability of blood vessel walls results in the escaping of blood proteins and blood cells into the tissues, which causes swelling. This permeability allows increased concentrations of immune system cells and chemicals into the injured tissue, facilitating the elimination of foreign substances.

Fever is another symptom that can result from the body’s defensive responses. Body temperature is regulated by the hypothalamus. Pyrogens cause fever by “resetting” the hypothalamic thermostat higher, forcing the body to reach and maintain this higher temperature. Some pyrogens are secreted by pathogenic invaders; others are manufactured in the body and released from damaged tissues during inflammatory reactions. In addition, nonpathogenic invaders such as some drugs may be pyrogenic. Exogenous pyrogens may act directly to reset the hypothalamic thermostat, or they may act indirectly by causing the release of potent endogenous pyrogens.

While prolonged high fever eventually leads to tissue destruction, limited fever is believed to have some beneficial effects. A rising temperature may augment host defenses by stimulating the proliferation and activity of immune system cells. In addition, a higher body temperature may be less favorable for the growth and multiplication of bacteria.

Primary Infection
A primary infection is the initial infection that the patient suffers. It may or may not be the patient’s primary medical condition.

Acute and Chronic Infections
Acute infections are characterized by their sudden onset. The course of acute infections is usually relatively short and is sometimes marked by very severe symptoms. Chronic infections, on the other hand, have a prolonged course. Most chronic infections show little change over their slow progression.

Community-Acquired Infection
A community-acquired infection is an infection acquired through normal contact with the general community, as opposed to one acquired in a unique environment such as a hospital or nursing home, where the presence of infected individuals is known to contribute to the development of infections.

It is estimated that approximately 6% of people entering a hospital will acquire a nosocomial infection.1 As a result, hospitals are now required to establish an Infection Control Committee that is responsible for establishing guidelines and protocols designed to minimize the transmission of pathogenic bacteria. One common guideline is that all health care personnel are required to wash their hands after touching a patient. 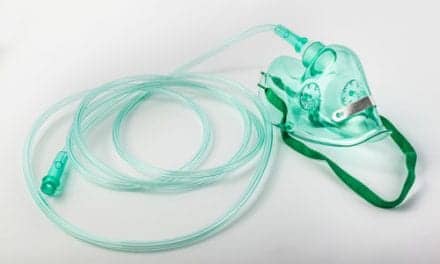 Cancer Risk Low for Most, but Not All, E-cigs