Those of you of a certain age may remember being a child home sick in bed, perhaps with a bad cough, sore throat, or earache. Your mother called the doctor, and, rather than you going to the doctor’s office, the doctor came to your house! Unheard of these days—or is it?

In an effort to reduce preventable hospitalizations, prevent hospital readmissions, reduce ED visits, and generally improve care while lowering costs, the Centers for Medicare and Medicaid Services (CMS) will be launching the Independence at Home Program Demonstration.1 This program will not be for kids, however; this will be for Medicare beneficiaries—specifically those with multiple chronic diseases, who account for 85% of Medicare spending.2

The Independence at Home Demonstration is part of the Patient Protection and Affordable Care Act (health care reform law) and was sponsored by Sen Ron Wyden (D-Ore) and Rep Edward Markey (D-Mass). The 3-year program encourages physicians to make house calls to seniors whose multiple chronic conditions make it difficult to travel to hospitals and physician’s offices by offering incentives based on the savings realized through fewer ED and hospital visits. The savings will be divided between Medicare and providers, allowing doctors to participate at no additional cost to taxpayers.3 The program is based on other successful programs throughout the country, including the Department of Veterans Affairs; the Washington Hospital Center, founded more than 10 years ago; and Virginia Commonwealth University.2

The guidelines for participation are fairly stringent: In order to be considered an Independence at Home Medical Practice, the team must include a physician or nurse practitioner or a group of physicians and nurse practitioners. The team can also include other health care professionals who have experience providing home care.

I asked Constance Row, executive director of the American Academy of Home Care Physicians (AAHCP), if other team members might include RTs, but she told me that the issue is going to be who will pay for participation of anyone who cannot bill. The VA has a much richer model of service providers, she said, because they can salary people. IAH programs will only be able to cover people who cannot bill Medicare if they either work for free or are covered by other employment or grants.

What are the expected savings connected to IAH? Thomas Edes, president of the AAHCP and director of home care at the VA, said that a similar home care program run for more than 30 years at the VA has “reduced hospital admissions by 24%, hospital days by 30%, and health care costs by 15%.”3

CMS plans to launch the program January 1, 2012, although Markey and Wyden have both written letters to the agency urging it to install the program sooner—within 6 months. They contend that it could be “implemented immediately through more than 70 experienced organizations that have expressed an interest in participating.”2

The AAHCP told me that as of right now, the January 2012 date is still the projected start date. CMS is currently getting bids from contractors.

You can learn more about the Independence at Home Program by going to www.iahnow.com. 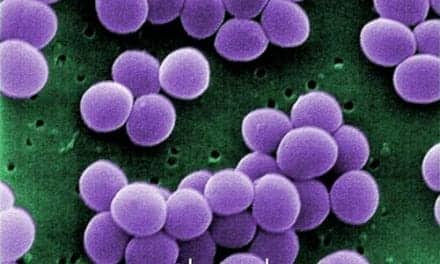