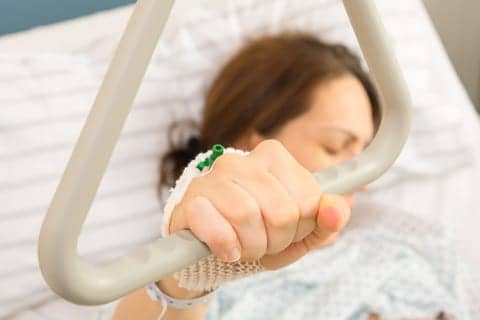 Researchers from The University of Texas Medical Branch (UTMB) at Galveston discovered that COPD patients with a psychological condition, such as depression or anxiety, are more likely to be readmitted early into a hospital for COPD-related complications. Gurinder Singh, a fellow in the UTMB department of internal medicine, says, “These psychological disorders are more likely to predict early readmission than other significant factors.”

With a sample of Medicare beneficiaries, the researchers examined the association of psychological conditions with early readmission for COPD patients. Between 2001 and 2011, 135,498 hospitalizations occurred for COPD in 80,088 fee-for-service Medicare patients. Of these, 30,218 or 22% had one or more psychological conditions and their rate of early readmission was at 5 to 14% higher than patients without these conditions, according to a Medical Xpress news report.

These particular patients also had a longer initial length of time in the hospital as well as a lower rate of outpatient follow-up visits within the first month after discharge. In addition, patients with alcohol abuse, psychosis, more than one psychological condition, and a low-income level had even higher readmission rates.

“This is likely related to the limited ability of these patients to handle the COPD, poor social support or community resources and non-adherence with treatment,” said Singh. “Because of the complexity of this situation, hospitals and health-care providers need more guidance to reduce readmission in patients with COPD, and it may not be practical to penalize hospitals for higher early readmission rates. More studies are needed in this area.”