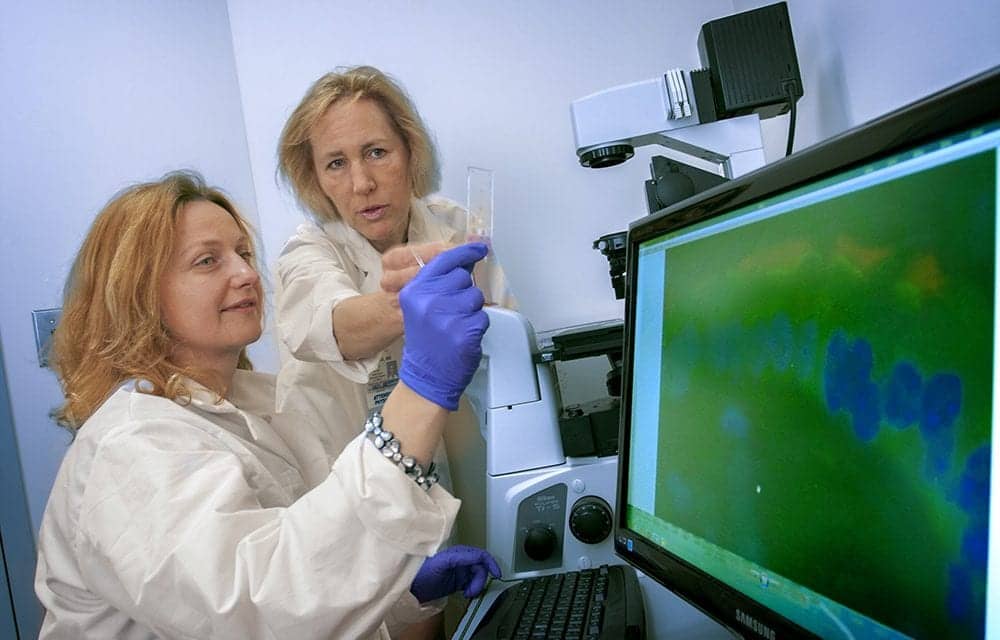 Researchers at Stony Brook University (SBU) investigating the p73 gene discovered the gene is the master regulator of cells that consistently clean the airways of humans from inhaled pollutants, dust, and pathogens.

The study, led by Professor Ute M. Moll, MD, and research scientist Alice Nemajerova, PhD, unexpectedly identified the p73 gene, a cousin of the p53 tumor suppressor gene, to regulate proper function of airway epithelium in mice and likely also in humans. In an advance online paper in Genes & Development, the research team found that when the gene is absent, these cells no longer work, which can lead to chronic airway infection.

Airways are lined by specialized barrier epithelium that contain about 50% multiciliated cells (MCCs), which feature hundreds of long cilia at their cell surface. Each cilium is a complex nanomachine and together they beat vigorously and synchronously to create a directional conveyor belt that transports inhaled noxious particles back up to the mouth and nose, thereby vitally protecting the gas exchanging surfaces of the lung, as indicated on an SBU news release. The researchers identified p73 to be the genetic “master switch” for the specific production of cilia in precursor cells that will become MCC cells.

In the paper, the researchers found that gene-engineered mice that lacked the entire p73 gene or the version of the gene called TAp73 suffered from chronic respiratory tract infections due to profound defects in ciliogenesis and complete loss of mucociliary clearance, according to the SBU news release.

Moll says, “We found that p73 sits at the top of a hierarchy and directly turns on more than 50 other key genes that control the architecture and movement of cilia. Moreover, when we took the highly defective airway epithelium from p73 knockout mice and inserted the p73 gene back into the cells, they now made a beautiful set of fully functional cilia. This breakthrough in our understanding of p73’s essential role in multiciliogenesis helps to greatly increase our knowledge of this process, which is so central to respiratory health.”

The SBU news release notes that since their genomic data implies the same pathway in humans, Moll emphasizes that their findings may open the door for large-scale population-based studies of people with chronic lung disease to look for defects in p73-controlled airway function. Moll adds that the data will also help power studies to identify healthy persons at risk who carry a defective p73 gene and live in a polluted environment. In addition, correcting for defective p73 function may be a promising therapeutic strategy for future treatments of COPD-related lung diseases.