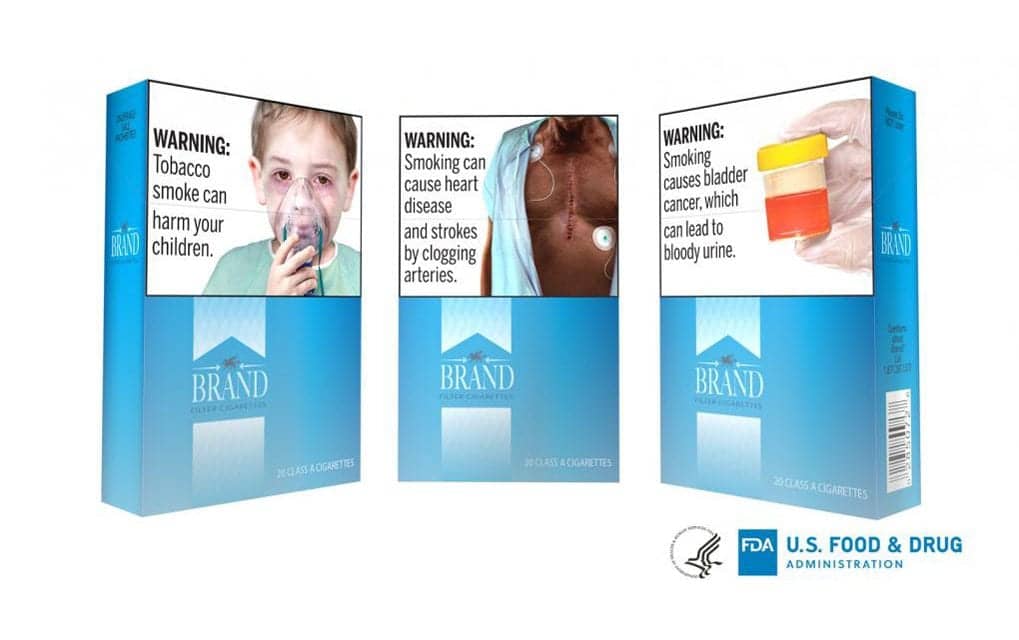 The US FDA has issued a proposed rule to require new health warnings on cigarette packages and in advertisements using colored images to promote greater public understanding of the negative health consequences of smoking.

The proposed warnings, which feature photo-realistic color images depicting some of the lesser-known, but serious health risks of cigarette smoking, stand to represent the most significant change to cigarette labels in more than 35 years, according to the agency.

When finalized, this rule would fulfill a requirement in the Family Smoking Prevention and Tobacco Control Act and complement additional important work the FDA is undertaking to advance the health of America’s families.

“While most people assume the public knows all they need to understand about the harms of cigarette smoking, there’s a surprising number of lesser-known risks that both youth and adult smokers and nonsmokers may simply not be aware of, such as bladder cancer, diabetes and conditions that can cause blindness,” said acting FDA commissioner Ned Sharpless, MD. “With these new proposed cigarette health warnings, we have an enormous public health opportunity to fulfill our statutory mandate and increase the public’s understanding of the full scope of serious negative health consequences of cigarette smoking.”

Health warnings first appeared on cigarette packages in 1966 and were most recently updated in 1984 to include the Surgeon General’s warnings that appear on packages and in advertisements today. However, research shows that these warnings have become virtually invisible to both smokers and nonsmokers — not attracting much attention and not leaving a very memorable impression of the risks of smoking.

As outlined in the proposed rule, the unchanged content of these health warnings, as well as their small size, location and lack of an image, severely impairs their ability to convey relevant information about the negative health consequences of cigarette smoking in an effective way to the public. Additionally, research shows substantial gaps remain in the public’s knowledge of the harms of smoking, and smokers have misinformation regarding cigarettes and the products’ negative health effects.

The proposed new warnings, each comprising a text statement and corresponding photo-realistic image in full color, include:

About 34.3 million US adults and nearly 1.4 million youth (aged 12-17 years) currently smoke cigarettes and the ATS says the new colored images on packaging are overdue.

The proposal was “a long overdue step … in curbing the adverse health effects associated with smoking,” the organization said in a press release. “The ATS strongly supports effective graphic warning labels on tobacco products. But to effectively combat tobacco use in the US, a multipronged approach that includes a ban on all characterizing flavors in all tobacco products – including menthol –must be adopted.”

According to the ATS, public comments on the proposed rule are due by October 15, 2019 and the FDA is required to issue a final rule by March 15, 2020.

“Among other things, the FDA is seeking comments on the proposed cigarette health warnings and how many warnings should be selected for the final rule. Given the degree of public and stakeholder interest in this area, the FDA is also seeking proposals for alternative text and images, as well as scientific information to support a finding that the alternative text and images would advance the government interest in promoting greater public understanding of the negative health consequences of smoking,” the agency announced.