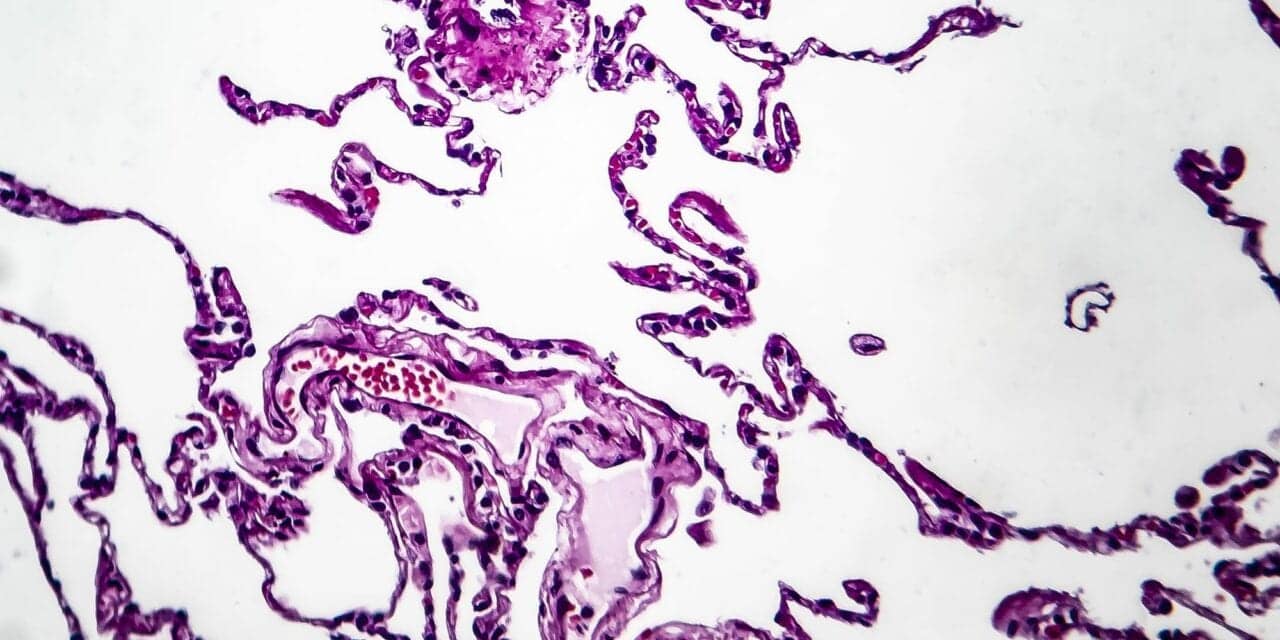 Emphysema is a chronic lung disease, which is usually caused by smoking. The walls of the air sacs (alveoli) in the lung weaken and disintegrate, leaving behind abnormally large air spaces that remain filled with air even when the patient breathes out. Symptoms include breathlessness, coughing, fatigue and weight loss. In people where the lung damage is unevenly distributed, treatment to target the worst area of emphysema, by reducing the volume of the lung by about 20-30%, can improve airflow and exchange of gases in the alveoli in the remaining portions of the lungs.

LVRS involves a keyhole operation into the chest in order to access the lungs and remove the areas of the lungs most affected by emphysema. With BVLR, the procedure is carried out using a fibre optic camera which is inserted into the lungs via the mouth or nose. One-way valves (endobronchial valves) are placed into the airways leading to the targeted lobe of the lung, causing it to deflate almost completely.

Ms Sara Buttery, a research physiotherapist and PhD candidate at the National Heart and Lung Institute, Imperial College London (UK), told the Congress: “Both procedures have been shown to produce positive results in terms of lung function, breathlessness, exercise capacity and quality of life. Until now there had been no direct comparison of the two to inform decision-making when a person seems to be suitable for either. Bronchoscopic lung volume reduction is a less invasive option and is thought to be ‘less risky’ but, until now, there has not been substantial research to support this.”

In the CELEB trial, Ms Buttery and colleagues randomized 88 patients with an average age of 64 years to receive either LVRS (41 patients) or BLVR (47 patients) and they followed them for a year to study the outcomes. They measured patients’ response to treatment using the iBODE score. This score incorporates four commonly used measures: body mass index, airflow obstruction, breathlessness (dyspnoea) and exercise capacity. They also looked at change in the residual volume (RV%), which provides a measure of the amount of ‘gas-trapping’ where excess air is left in the patient’s lung even after fully exhaling.

“Both groups improved to a similar extent one year after treatment. Surgery and valve treatment produced similar reductions in gas trapping and similar improvements both in the total iBODE score, and in each of the individual measures that it is made up of,” said Ms Buttery. “Both treatments also appeared to be equally safe, with only one death in each arm of the trial after a year, despite this being a population with severe lung disease.

“The results of this study will be important for clinicians and patients in guiding decision-making around which treatment option to choose when a person is suitable for either approach, providing more evidence around expected outcomes and risks.”

Information from computerized tomography (CT) scans, the person’s overall health, whether or not they have other, significant medical conditions, and whether they have frequent flare-ups of their condition, as well as individual preference, all contribute to the decision about whether a lung volume reduction procedure is best for them and which approach might be favored. Results can vary between patients after either procedure but they should be able to do more, with fewer symptoms.

“For example, they might be able to play with grandchildren, walk up a flight of stairs without having to sit down to recover, or be able to walk a mile without having to stop. We often say to people who are considering these treatments that they could expect to turn the clocks back two or three years to how their symptoms were at that point in time,” she said.

Ms Buttery said that although this study rejected the hypothesis that surgery was substantially more effective than valve treatment, further research was needed in larger studies to see if individuals who respond especially well to one or other approach could be identified. The cost benefit of the two procedures should be investigated as well.

Dr Alexander Mathioudakis is NIHR Clinical Lecturer in Respiratory Medicine at the University of Manchester and Secretary of the ERS Airway Pharmacology and Treatment Group and was not involved in the research. He said: “The results from this first randomized controlled trial suggest that BVLR may be a good therapeutic option for those patients for whom either procedure is suitable. Lung volume reduction surgery is an invasive operation as it requires a small incision to be made in chest, which is stitched up after the procedure. As such, it has risks associated with surgery and it takes longer to recover from than bronchoscopic lung volume reduction. On the other hand, endobronchial valves placement is also associated with side effects, such as pneumonia, or valve displacement. Therefore, both the safety and effectiveness of the two procedures need to be investigated further, in larger groups of patients, but the results from this trial are very encouraging.”

Pulmonary Rehab Putting the Pieces Together