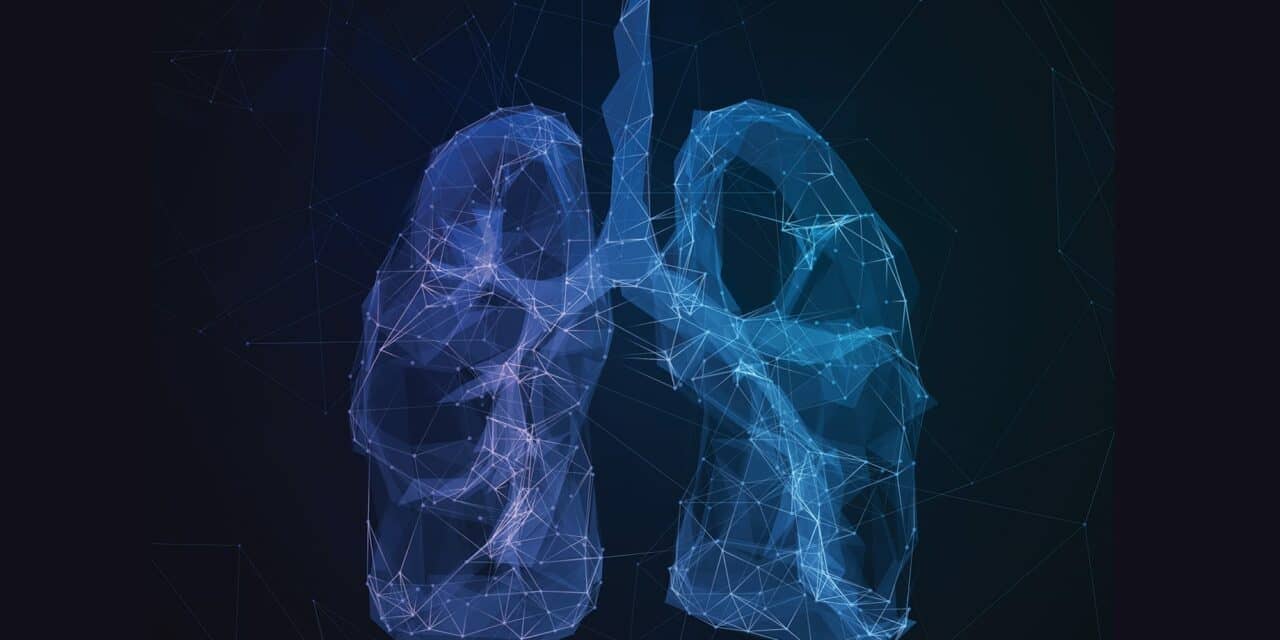 With no cure available for chronic bronchitis or emphysema, COPD patients have traditionally been resigned to a regimen of pharmacological maintenance therapy and supplemental oxygen. However, some nontraditional interventions are emerging, including lung volume reduction, endobronchial valves, and targeted lung denervation. This article will explore the development, current research, and potential future impact of these novel or investigational therapies for chronic lung diseases.

According to the 2022 Global Initiative for Chronic Obstructive Lung Disease (GOLD), COPD is a “common, preventable, and treatable disease that is characterized by persistent respiratory symptoms and airflow limitation…” with the most common symptoms of dyspnea, cough and/or sputum production.1 Patients with COPD often have exacerbations where these symptoms get worse. Pharmacologic management of COPD usually includes use of short and long-acting ß agonists (SABA and LABAs), short and long-acting muscarinic antagonists (SAMAs and LAMAs), inhaled corticosteroids (ICS), and combinations of two or more of these inhaled medications (ie LABA + LAMA, LAMA + ICS, or LABA, LAMA, + ICS). Oral medications may include phosphodiesterace-4 (PDE-4) inhibitors and mucolytic agents.

Other therapies may include oxygen, continuous positive airway pressure (CPAP) and pulmonary rehabilitation. COPD is most often a result of exposure to tobacco smoke but may also be due to environmental exposure to air pollution or burning biomass for cooking/heating or a genetic source with a deficiency of alpha-1 antitrypsin. Smoking cessation is the starting point for any meaningful future activity with these strategies. The GOLD 2022 guidelines provide an excellent resource for COPD and include information on approved/recommended approaches in dealing with COPD.1

Major pathologic changes in COPD involve hyperinflation, inflammation, excess mucus in the airways and destruction of the lung parenchyma. These factors lead to a decrease in FEV1, FEV1/FVC, possibly a reduction in the number of small airways, plus development of fibrosis resulting in an increase in airtrapping and hyperinflation. PFT results reflect airtrapping and hyperinflation by showing increased residual volume (RV) and functional residual capacity (FRC). Exercise and increased respiratory rate and tidal volume results in dynamic hyperinflation, increased dyspnea, and limitation on exercise tolerance. Hyperinflation flattens the diaphragm, increases work of breathing, and decreases the efficiency of the muscles to function properly. In addition, hyperinflation decreases effective alveolar ventilation and increases the retention of CO2 leading to hypercapnia. Destruction of lung parenchyma and the pulmonary vascular bed, along with fibrotic changes, leads to V/Q mismatch, decreased oxygenation and hypoxia.1-2

LVRS gained significant attention and eventual approval as a recommendation after the publication of results from the National Emphysema Treatment Trial (NETT) published in 2003 and subsequent years plus results from other published research on LVRS.3 LVRS is performed by median sternotomy or by video-assisted thoracic bronchoscopic surgery. Removal of the hyperinflated aeras allows for normal lung to re-expand and regain normal function, along with relieving the burden on the ventilatory muscles imposed by the airtrapping/hyperinflation. With LVRS, air leak is the most common complications.3-4

The NETT study demonstrated that patients with emphysema affecting primarily the upper lobes and with a low exercise capacity had improved mortality form LVRS plus optimal medical therapy compared to those receiving only optimal medical therapy. However, it appears that LVRS is an underutilized therapy in the US.4 In 2004, 2005, and 2006, only 254, 120, and 105 (respectively) of eligible Medicare beneficiaries with severe COPD underwent LVRS (as reported in a publication from 2011).3

Lung volume reduction can be accomplished by use of endobronchial valves (EBV) which are one-way valves place by bronchoscopy into the lobar or subsegmental airways. The valves allow air to exit the airways but not to enter and over time partial or complete atelectasis occurs in the areas distal to the valves.5 There are two approved EBV for use in the US and Europe: the Zephyr EBV (Pulmonx, Redwood City, Ca), and the Spiration Intrabronchial Valve (IBV) (Olympus, Seattle). EBVs are not able to accomplish the lung volume reduction if there is interlobar collateral ventilation as these channels allow airflow into the distal areas by alternate routes. (LVRS is not limited by this issue). As a result, the Chartis System (Pulmonx, Redwood City, CA) was developed to check for collateral ventilation in selecting patients for EBV therapy. This system uses a balloon to occlude the airway leading enter a targeted lobe and measures flow and pressure readings to detect collateral ventilation. If no collateral ventilation occurs, the EBV can be used. Chartis can be used in spontaneous breathing or with mechanical ventilation.

After EBV placement, positive results have been seen in improvement of FEV1, 6-minute walk distance (6MWD), quality of life measured by the Saint George Respiratory Questionnaire (SGRQ), and reduction in residual volume (RV).1-2 Pneumothorax is a commonly seen adverse effect from EBV therapy–occurring in 7.6 to 34% of patients, and should be treated with a chest tube if needed.2 The occurrence of pneumothorax decreases over the first week post-procedure (some 80% occur in the first 48 hours, dropping to 10% on days 3-5) so experts recommend close monitoring for this issue during the first 3-5 days.2

Patient selection guidelines for bronchoscopic lung volume reduction from a 2019 expert panel recommend that patients should be symptomatic with the following criteria:6

Contraindications for bronchoscopic lung volume reduction include severe resting hypoxia (PaO2 <45 mmHg) or hypercapnia (PaCO2 >60 mmHg), prior thoracic surgery in the lung on the same side as the targeted lobes, active smoking, unstable cardiovascular issues, or recent (within 6 months) myocardial infarction or stroke.2 There is no limit on the number of valves that can be placed to achieve the goals of the therapy for either of the US/EU-approved EBVs.2 Sometimes the valves malfunction due to granulatous tissue or they change position and malfunction. EBV removal and replacement can often correct these issues.

In patients with severe emphysema, the numbers who are suitable for and receive EBV therapy is fairly low. A study published in 2021 explains, “Strict patient selection is crucial in achieving beneficial

results and keeping the post-procedural morbidity and mortality rate low.”7 This study found 350 patients with severe emphysema and 16% received the therapy. Other studies have seen 19% out of 1,500 referrals and 14% from a pool of 115.6 Still, for those who undergo the procedure, symptom relief seems to be a lasting benefit. More research is ongoing (including research in use of endobronchial coils and bronchoscopic thermal vapor ablation) and more numbers of patients may benefit as a result.

Another approach to managing severe COPD may be to start with EBV then transition to LVRS if the EBVs do not bring about the desired changes or if problems persist in using EBV. One published article looked at this approach and concluded that use of EBV may be considered as a “less-invasive first option in patients with severe heterogeneous emphysema and LVRS as a powerful alternative for those who are not candidates (for EBV) or who did not respond to (EBV treatment).”8

Targeted Lung Denervation (TLD) is a new technique that has not yet been approved for commercial use.9 The bronchoscopic procedure uses a balloon catheter that has electrodes at the distal tip located on an inflatable balloon. The catheter is inserted into the main bronchus and once in position, the balloon is inflated and radio frequency (RF) energy is transmitted through the inner surface of the bronchus to ablate (meaning: to cut or destroy the function) the nerves that run parallel to the airway. The targeted nerves are in the parasympathetic system. These nerves transmit the impulse to the airway smooth muscles that, when stimulated, cause muscle contraction (bronchoconstriction) and act in a counterwise fashion to the sympathetic nerves which cause muscle relaxation (bronchodilation). By blocking transmission through the parasympathetic system, bronchodilation is the result.5 Each of the main bronchus are treated using four rotational positions that provide a circumferential ablation of the parasympathetic nerves for a total of up to eight RF applications during the single procedure.

The first published research on TLD was released in 2015 with several studies to follow, bringing with refinements to the process. These refinements were made to establish the best, safest RF energy to use, best positioning for the balloon, and ways to avoid causing damage to the esophageal-vagal plexus that innervates the stomach (injury to this plexus caused impairment to gastric emptying).9 TLD is aimed to treat patients in the GOLD group D who have an FEV1 30-60% predicted, a history of at least two moderate exacerbations or one severe exacerbation in the last 12 months, and continuing symptoms as reflected in CAT scores >10 despite optimal pharmacologic treatment.9

By ablating the parasympathetic nerve transmission, TLD mimics the effects of parasympatholytic medications (also referred to as muscarinic antagonists or anticholinergics) such as ipratropium bromide (a SAMA medication), tiotropium bromide, umeclidinium, aclidinium, and glycopyrrolate (LAMA medications).1,9 Where SABA and LABA medications actively cause bronchodilation, the SAMA and LAMA drugs are also classified as bronchodilators by blocking the transmission of the parasympathetic nerves and prevent bronchoconstriction; in other words, bronchodilation by default. The SAMA and LAMA drugs eventually lose their effect (the longest duration of action is 24 hours) and they need to be re-administered. TLD is a more permanent treatment and only one procedure is needed to bring about the desired effects. However, more research is needed to establish TLD as a practical treatment. As a 2021 review article from the European Respiratory Review states: “The level of evidence is currently too low with available data from only one randomized control trial (RCT) to include TLD in therapeutic guidelines for COPD management. Additional RCTs are needed to confirm promising results, especially regarding the impact on severe COPD exacerbation.”5

COPD is a significant disease that is the third leading cause of death in the world. Managing patients with severe COPD is a challenge and the new approaches using lung volume reduction, endobronchial valves, and targeted lung denervation are beginning to show effective, safe nonpharmacologic means to reduce symptoms and exacerbations. Better lung function, exercise tolerance, and improved quality of life may be accomplished by these and other physiologic approaches, or through combinations of these approaches along with medications (and more use of pulmonary rehabilitation.) The 2022 GOLD guidelines have given approval for LVRS and EBV therapies but TLD is still being examined and has not reached the point of being fully-endorsed by the pulmonary community. Other approaches are also being studied, and as stronger evidence is published, the goal of helping patients with severe, debilitating COPD may become a more attainable.

Bill Pruitt, MBA, RRT, CPFT, AE-C, FAARC, is a writer, lecturer, and consultant. He has over 40 years of experience in respiratory care, including more than 20 years teaching at the Univ of South Alabama. Now retired from teaching, he continues to  write and provide guest lectures. For more info, contact [email protected] 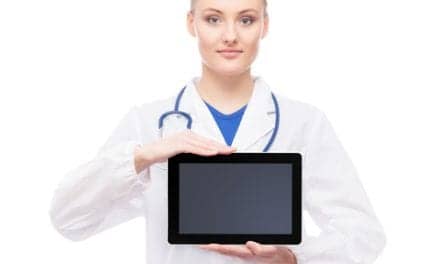