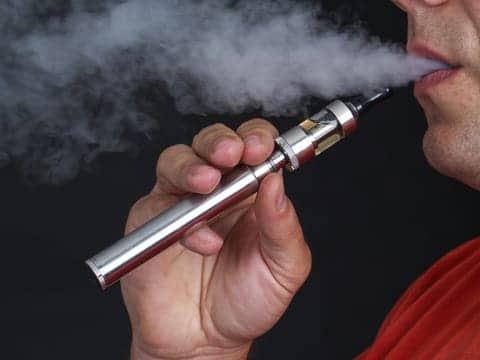 Long-term use of e-cigarettes may lead to chronic lung conditions due to the vapor, which was found to affect cells in the lungs the same way as cigarette smoke, according to a recent study.

A news report from the Daily Mail notes that long-term exposure could lead to COPD. As part of the study, US researchers examined how e-cigarette vapor compares to tobacco smoke by testing how it affects cells, exposing human bronchial epithelial cells to e-cigarette vapor from 1 to 6 hours.

The Daily Mail news report notes that the team found even minimal exposure of e-cigarette vapor for 1 hour significantly disrupted the protein processes in cells. The researchers note that this is the same path cigarette smoke and second-hand smoke takes in our bodies. If the process of proteostasis, or protein homeostasis, is disrupted and the alveoli become damaged, they do not regenerate. As such, the lungs cannot carry out its function of oxygenating blood as well.

The researchers discovered that e-cigarette vapor did disrupt protein processes, and this disruption could lead to COPD in the long-term. The findings were confirmed with tests on laboratory mice exposed to e-cigarette vapors that found the same result. The Daily Mail news report notes that although the results of the study were preliminary, they results may be significant.

Dr. Neeraj Vij says, “We have described the role of overall protein processing in this and in previous research, which has been confirmed by studies from other groups. What we are talking about is how these proteins are made and how they are degraded. This process of proteostasis in our cells has to be very – in layman’s terms – tightly regulated, because if it goes off-balance, it’s a big problem.”

Lung Injury After Flares Most Evident in People with Mild COPD