Are CT Scans a Better Diagnostic for COPD? 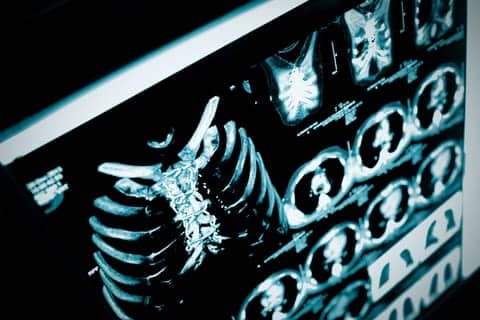 The findings of a retrospective study show that CT scans may be a better tool for diagnosing COPD and pulmonary hypertension than the standard method of pulmonary function tests.

The researchers “retrospectively reviewed 221 COPD patients and 115 other patients without cardiovascular or lung disease to analyzed the different indexes between groups and look for a more sensitive and specific index on CT measurement by which to provide a reliable basis for the diagnosis COPD and PH.” The 221 patients with COPD had a definitive diagnosis according to the Global Initiative for Chronic Obstructive Lung Disease Guidelines from 2013, which states that the diagnostic criteria is “FEV/forced vital capacity after inhaling bronchodilators in PFTs less than 70%.”

As expected, the diameters of the MPA and branches were significantly larger in the COPD group than in the control group. In addition, “It was found that a composite index of MPA/AAo or MPA/DAo proved perfectly consistent in different studies and research subjects.” The researchers used logistic regression to learn that MPA diameter best predicted a diagnosis of COPD.