The COPD Foundation (COPDF) recently announced that the National Heart, Lung, and Blood Institute (NHLBI) will fund the second phase (2012-2017) of the COPDGene project as R01 grants to National Jewish Health and the Brigham and Women’s Hospital. The grant enables scientists to build on the first phase of the COPDGene Study in analyzing the human genome comprehensively to find additional genetic predispositions to developing COPD. By understanding the biological mechanisms causing COPD, the study could lead to specific treatments that would prevent further progression of the disease.

"The importance of this study, and NHLBI’s continued funding, is paramount," says John W. Walsh, president and co-founder of the COPD Foundation. "This research has the potential to identify the set of genes that controls susceptibility to COPD. Such information would aid the development of new therapies that could improve the quality of life for individuals with COPD—and potentially save lives."

The COPDGene cohort of 10,171 subjects was created by medical centers across the US and is composed of subjects with a background of heavy smoking and who either have COPD or are at risk for developing this disease. In the second phase of this project, follow-up visits at a 5-year interval from the initial visit will be done on all available COPDGene subjects in order to determine longitudinal changes in disease development and progression.

"Ultimately, by providing a greater understanding of COPD, the COPDGene Study lays a solid foundation for the development of personalized therapy," adds Walsh. 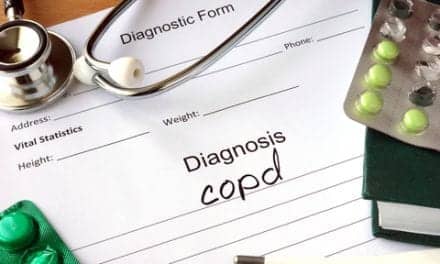