COPD Prevention Begins in the Womb

Poor airway function at birth puts people at high risk for COPD in early adolescence, according to the September issue of The Lancet.

Fernando Martinez, MD, PhD, University of Arizona Health Sciences Center, Tucson, conducted a study of 169 babies who were enrolled at birth in the Tucson Children’s Respiratory Study during the period 1980-1883. Each baby had his/her maximum expiratory airflows measured using the chest compression technique at the age of 2.3 months. 123 of the babies had further lung function tests carried out when they were 11, 16 and 22 years old.

Compared to babies with normal respiration, those in the bottom fourth during infancy also performed poorly on tests for forced expiratory volume in one second (FEV1), forced vital capacity (FVC) and forced expiratory flow between 25% and 75% of FVC (25-75FVC) more than two decades later, when they were in their early twenties, even after taking into account body type and concurrent respiratory difficulties such as asthma.

The writers concluded that those born with inferior lung function tend to continue this trend well into early adulthood. The researchers were not sure whether the process is being impaired in utero by either genetic or environmental factors, or both, but that further study of fetal lung development would be useful. 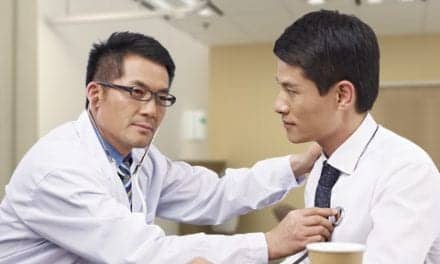