Researchers in the United Kingdom have found that patients with COPD  have greater arterial stiffness. The researchers also found that those COPD patients with osteoporosis, a common complication of the respiratory disease, had even greater arterial stiffness. These premature signs of aging may explain why COPD patients are at greater risk for cardiovascular disease.

Their research results appear in the second issue for June 2007 of the American Journal of Respiratory and Critical Care Medicine, published by the American Thoracic Society.

Dennis J. Shale, MD, of the Department of Respiratory Medicine at Cardiff University in the United Kingdom, and eight associates studied 75 clinically stable COPD patients who had various levels of airway obstruction, and 42 smoker or ex-smoker control subjects who did not have cardiovascular disease or COPD.

All participants in the study underwent spirometry to determine lung function, had their aortic pulse wave velocity measured along with another indirect measurement of arterial stiffness, took bone mineral density tests of their spine and hips, and had their blood sampled for inflammatory mediators.

Although the exact link between COPD and arterial stiffness was not identified by the researchers, they did find elevated levels of inflammation markers in those with COPD. Other researchers have demonstrated that inflammatory processes are involved in arteriosclerosis.

There is also evidence that inflammation plays a role in osteoporosis. In this study, patients with osteoporosis had the greatest arterial stiffness.

“Increased arterial stiffness was present in patients with COPD over a wide range of severity of airway obstruction and was greatest in those with osteoporosis,” said Dr. Shale. “Our findings indicate vascular changes predictive of cardiovascular disease occur and remain undetected in mild or early lung disease and may underlie the excess cardiovascular risk in COPD.” 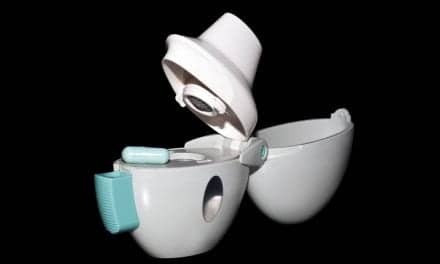