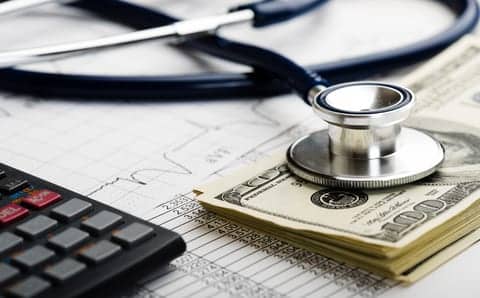 The main purpose of the study, which included 153,570 participants with COPD and 246,801 without the disease, was to understand the excess medical costs related to COPD, as well as the spending trend over a 10-year period. The researchers concluded that COPD patients spent on average $8,600 annually in direct medical costs, while the comparison group spent on average $3,148.

According to the investigators, the adjusted excess costs for COPD patients reach $5,452 annually, which revealed an increase in excess costs related to COPD patients’ healthcare by $296 per person every year. The study was also able to define the two main causes for the costs, which are hospital admissions, contributing to 56.7% of the total expenses, and cost of medications, which contribute to 21.7%.

The increase in medical costs is also related to the increase in COPD patients’ age, since study participants between 35 and 44 years old registered $4,468 annual excess costs, while participants older than 85 spent $6,720. “The concerning trends observed in this study will not change without systemic and coordinated attempts that target the entire pathway of COPD care from risk factor modification to early diagnosis and better disease management,” noted the researchers.

Most COPD Patients Not Told to Self-monitor for Exacerbations