Myocardial perfusion reserve (MPR), which was independently associated with systemic inflammation and airflow limitation, was impaired in patients with COPD, according to the results of a new study.

They discovered the resting myocardial blood perfusion (MBP) to be comparable between the three groups, but under stress, the MBP was significantly lower in patients with COPD than either control group, resulting in a significantly reduced MPR — the ratio of stress MBP to rest MBP — of 1.76 versus 3.09 and 3.17, respectively.

Lower FEV1 was also significantly associated with reduced MPR, as were high levels of C-reactive protein; according to researchers, this could indicate that systemic inflammation plays an important role in influencing MPR.

“The casual detection of COPD should alert the clinician to the potential coexistence of decreased MPR,” the authors wrote. “This may represent early stages of atherosclerosis and warrant the evaluation and treatment for [coronary artery disease] as well as assessing the risk for advancing pulmonary disease.” 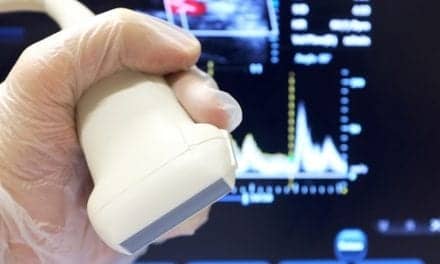