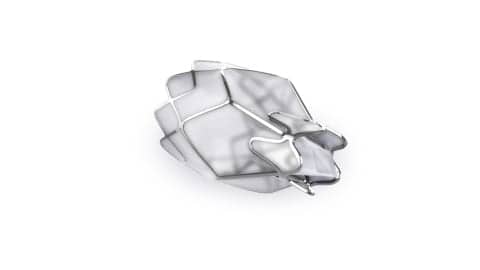 Six-month data from both the TRANSFORM and IMPACT trials, presented at ATS 2017, demonstrate that Zephyr valves provide positive benefits in these patients with either homogeneous or heterogeneous distribution of emphysema.

Zephyr Endobronchial Valves are tiny, minimally-invasive, one-way valves placed via a flexible bronchoscope in airways of the lungs to occlude diseased regions and reduce lung hyperinflation. As a result, the remaining healthier regions can function more efficiently, enabling better breathing and an improved quality of life for patients.

In the clinical trials, patients were selected based on the absence of collateral ventilation (airflow between regions of the lung that bypasses normal airways), which was assessed in the trials using the Chartis Pulmonary Assessment System from Pulmonx. The effectiveness of endobronchial valves is dependent on selection of an area of the lung without collateral ventilation for treatment.

“The magnitude of benefits to patients in this pan-European trial are dramatic and reinforce results published from prior single center studies,” said Samuel Kemp, MD, principal investigator and respiratory physician at the Royal Brompton Hospital, London, UK. “Using Chartis for patient selection enabled us to accurately identify patients without collateral ventilation, which is a key predictor for good outcomes with this device.”

The IMPACT study enrolled 93 patients with severe homogeneous (more diffusely-distributed) emphysema who were randomized 1:1 to Zephyr valve treatment versus medical management. Consistent with the previously published three-month data, the improvements remained statistically and clinically significant at six months with Zephyr valve treated patients experiencing improvements over control for FEV1 of 16.3 percent (p<0.001), an increase in 6MWD of 28.3 meters (p=0.016), and an improvement in in the quality of life based on a decrease in the SGRQ score of –7.5 points (p<0.001).

The most common side effect of the Zephyr valves in both studies was pneumothorax (20 to 26 percent in the treated group) and chronic obstructive pulmonary disease exacerbations (11 to 28 percent versus 6 to 18 percent in the control group) in the immediate post-procedure period. Both were addressed with standard medical management.

“For patients with severe emphysema, there were previously few therapeutic options,” said Pulmonx Chief Executive Officer Glen French. “Now, we have consistent data from four randomized studies showing that, regardless of disease heterogeneity, when patients are selected for the absence of collateral ventilation, they can gain substantial benefits in quality of life, exercise capacity and lung function with Zephyr valves.”

Over the past 10 years, approximately 50,000 Zephyr EBVs have been implanted globally in more than 12,000 patients. To view a video of the Zephyr EBV procedure, click here.