The first step in effectively managing patients with copd involves correctly diagnosing the condition. COPD is defined as airflow limitation that is not fully reversible and must be confirmed by spirometry. As many as 73% of patients with COPD will have significant reversibility on at least one occasion with repeat bronchodilator testing.6 Most patients with COPD have a combination of emphysema (a pathological diagnosis consisting of destroyed alveoli) and chronic bronchitis (a clinical definition of a productive cough, in which sputum is produced on most days for at least 3 months in 2 consecutive years and other causes of chronic cough have been excluded). Many patients appear normal and do not complain of respiratory symptoms; therefore, many are not diagnosed until their disease is advanced.

A case that illustrates some of the issues with diagnosing COPD is that of a patient who was seen by us on the pulmonary consult service earlier this year. The patient was in the hospital with fever, cough, and shortness of breath for 2 weeks (as well as with multiple masses on chest radiographs that was ultimately found by bronchoscopy to be actinomycosis in her lungs). She was a long-time smoker (two packs per day for 32 years). During our interview and examination, she denied any problems with shortness of breath or cough until 2 weeks ago. On physical examination, however, we could barely hear her breath sounds, even though she was taking deep breaths, which suggested severe air trapping. We inquired further about her respiratory symptoms over the last couple of years. After probing, she admitted to having to slow down in her construction job due to “getting old” (she was 49) and eventually admitting to a “smoker’s cough” that produced one and one-half cups of sputum per day (even though she continued to deny that this was a “real cough”). Her spirometry revealed very severe obstruction to airflow (FEV1 of 16% of the predicted value). Patients like this one are examples of why it is important to ask about changes in activities over time. Patients often deny symptoms of dyspnea because they reduce their activity level to the point where they do not perceive shortness of breath.

Patients with low FEV1 (<80% predicted) should receive scheduled therapy with one or more long-acting bronchodilators, in addition to the as-needed short-acting bronchodilator(s).7 In addition to the significant improvement in FEV1 that patients experience with these medications, these long-acting agents have been shown to improve quality of life and functional status and to reduce the number of acute exacerbations of COPD (AECOPD) by 22% to 26%.11 None of these medications are approved by the FDA for any of these indications, though; they are approved only for bronchodilation based on improvements in FEV1. Although the FDA has not approved the use of inhaled corticosteroids (ICS) as a single agent for patients with COPD, the guidelines state that these agents may be used in cases of frequent episodes of AECOPD in patients with severe and very severe disease (FEV1 <50% predicted).7 This recommendation is based on the combined results of several clinical trials suggesting a reduction of episodes of AECOPD in patients treated with ICS. These trials were not designed or powered to study AECOPD as a primary endpoint; therefore, the FDA does not consider this evidence conclusive enough to approve any of the ICS as a single agent for the management of COPD.

In addition to medications, other strategies to improve outcomes are recommended for patients with COPD. Pulmonary rehabilitation programs improve health status, quality of life, and exercise tolerance but have not been shown to improve survival or reduce hospitalization rates in patients with COPD. The beneficial effects of these programs tend to fade over time unless patients continue to exercise and apply the techniques learned in the pulmonary rehabilitation program. According to the guidelines, pulmonary rehabilitation is recommended for all patients with moderate to very severe COPD (FEV1 <80% predicted).11,12 In addition, patients with very severe COPD (with FEV1 <30% predicted) should be screened for hypoxemia, because supplemental oxygen use for at least 18 hours per day has been convincingly demonstrated to improve mortality of COPD patients with chronic, resting hypoxemia.7,13,14 Potential surgical options for select patients with very severe COPD include lung-volume reduction surgery (LVRS) and lung transplantation. LVRS may be considered in carefully selected patients with heterogeneous lung disease (upper lobe bullae) who do not significantly improve with an intensive pulmonary rehabilitation program (low exercise capacity).15 Patients with COPD with certain characteristics might qualify for lung transplantation: poor quality of life due to an extremely limited functional status; sustained abstinence from smoking for at lest 6 months; and no significant comorbidities. It is important for clinicians and patients to understand that, although lung transplantation does not prolong life, it has the potential to significantly improve the quality of life for these patients.16

COPD has been characterized as a chronic inflammatory condition with multiple associated comorbid conditions associated with former tobacco use. For every smoker who dies from COPD, three others die from smoking-related cardiovascular disease, cancer, and other nonrespiratory-related conditions.17 Psychiatric effects of COPD have also been well studied, with documentation of anxiety, sleep disturbances, and depression.18 Patients with severe obstruction have a 2.5 times higher risk of depression than controls.19 Another common comorbidity in patients with COPD is osteoporosis, and the proportion of patients with osteoporosis increases with the severity of the obstruction.20 Studies have suggested that the presence of osteoporosis in patients with COPD has several causative factors, including corticosteroid use, low body mass index (BMI), malnutrition, smoking, and immobility. Furthermore, COPD itself may be a risk factor for osteoporosis.

Most of the management of patients with COPD occurs in the acute care setting, but to optimize the management of the disease, health care providers should change their focus from acute to chronic care models. Effective chronic care models involve the community and health system to develop an effective strategy to decrease the frequency of exacerbations and decrease resource utilization, thus improving outcomes for this patient population.21

One patient, who was a self-referral to our private outpatient pulmonary consultant clinic, was a 57-year-old male, former smoker with severe COPD (FEV1 of 46% predicted), who denied any other medical problems. He had experienced five episodes of AECOPD within the previous 6 months and was treated as an outpatient, and he had also been hospitalized three times within the previous year for AECOPD and/or pneumonia. His only medication was albuterol, which he used about 16 times per day. He was severely limited by his dyspnea and had to give up playing golf (which was his passion) about 9 months before. Upon further questioning and study, he was found to have a severe anxiety disorder and panic attacks associated with dyspnea and severe osteoporosis. He was treated with tiotropium and fluticasone/salmeterol combination inhalers, and he was encouraged to use his albuterol only when he experienced dyspnea (not scheduled). Additionally, he was started on buspirone and referred to a cognitive behavioral therapy program for his anxiety. He was also referred to a pulmonary rehabilitation program, started on a bisphosphonate for osteoporosis, and given an action plan to help manage early symptoms of acute exacerbation of COPD at home. Based on his personalized plan, this patient worked closely with a case manager, who taught him to recognize symptoms of AECOPD so that he could start treatment with an oral corticosteroid and an antibiotic if he experienced a sustained worsening of his symptoms for at least 48 hours. Within 2 months after his initial visit, he was back on the golf course and his quality of life had markedly improved. By the end of the first year, he had not required any hospitalizations and had experienced only two episodes of AECOPD, which were successfully treated at home according to his action plan. This patient’s primary care physician was focused on treating each acute exacerbation, but had not scheduled any appointments when the patient was not acutely ill to help address other issues, such as comorbidities and methods to prevent future episodes of AECOPD, which are critical to successfully managing this chronic illness.

COPD is associated with high cost, morbidity, and mortality but can be successfully managed. Because patients often deny symptoms of dyspnea, asking probing questions about changes in activity levels and symptoms over time in patients with risk factors for COPD is important to identify the disease earlier in its course. Spirometry is required for the diagnosis of COPD. The most important intervention for all patients with COPD is smoking cessation/abstinence, as this slows the rate of decline of FEV1 in this population. Vaccinations against influenza in addition to smoking cessation are important for all patients with COPD. Long-acting inhalers and pulmonary rehabilitation programs improve outcomes and are important for the chronic management of patients with COPD with an FEV1 <80% predicted. Chronic oxygen therapy (at least 18 hours per day) reduces mortality in COPD patients with resting hypoxemia.

In addition, as health care providers today, we should shift our priorities and our focus of care from the reactive, acute management of problems associated with COPD to the chronic care of comorbidities, emphasizing the prevention of complications of the disease. Finally, patients and health care providers should be encouraged and understand that this disease is absolutely treatable and many strategies are available to improve symptoms and quality of life and reduce the morbidity and mortality of COPD. 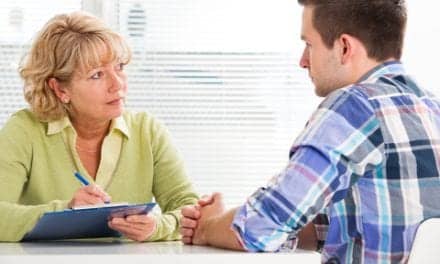 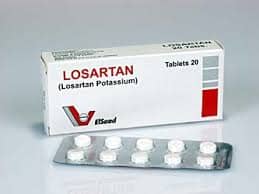