Today in health care, there is an increasing demand for noninvasive measurements of variables that are vital to diagnosing acute illness and monitoring a patient’s status. Regardless of the technique that is used—tissue oxygenation monitoring (Sto2), percutaneous oxygenation measurements, pulse oximetry (Spo2), or capnography (Etco2)—noninvasive monitoring has contributed greatly to the care and survival of acutely ill patients of all age groups. John Scott Haldane described and built the first CO2 analyzer in the early 20th century, but despite its early inception, capnography was first applied in the United States in the 1970s and used primarily by anesthesiologists in the management of patients who were under general anesthesia.1 Since 1991, the application of capnography has been the gold standard for anesthesiologists.2 The Joint Commission (TJC) has recommended the use of capnography for patients who are receiving patient-controlled analgesia (PCA) stating, “Carefully monitor patients. Even at therapeutic doses, opiates can suppress respiration, heart rate and blood pressure, so the need for monitoring and observation is critical. Oximetry and/or capnography monitoring may be appropriate in some cases.”3 The application of capnography in the practice of respiratory care may be institution-specific, not indicating a broad acceptance of its application. Within the remainder of this article, we will present the application of capnography for patient diagnostics, conscious sedation, and noninvasive ventilation (NIV).

Although capnography has been used to determine the exhaled partial pressure of CO2 in mechanically ventilated patients, its reliability is often questioned when it fails to correlate with the Paco2 value on an arterial blood gas. This has led many practitioners to question the accuracy of the devices and shakes their confidence in making ventilator changes based on end-tidal CO2 or Etco2. Whether the capnometer is a sidestream or mainstream system, many clinicians have experienced this scenario. It is important to remember that there is a degree of dead space in even a healthy individual and this represents a normal (a-E)CO2 gradient of 2.0–5.0 mm Hg in adults and -.63–3.0 mm Hg in children.4 A negative (a-E)CO2 gradient is possible; and the reasons for both increased, decreased, and negative (a-E)CO2 are listed in the Table.

The basic terms for carbon dioxide monitoring include both capnometry and capnography, but there is a diagnostic and clinical difference between the two. The capnometer simply displays a numeric value of the CO2 partial pressure, whereas a capnogram is a graphical display of CO2 partial pressure over time throughout the entire respiratory cycle, thus producing the familiar capnogram waveform or time capnogram. Figure 1 represents a typical capnogram tracing and its four unique phases. Changes in the shape of this capnogram can indicate a variety of physiological conditions that include changes in dead space, hyperventilation, hypoventilation, apnea, and poor degree of neuromuscular blockade. Of particular interest is the capnogram’s ability to indicate an increase in dead space. During increased dead space, the waveform—in particular phase 3—becomes less distinguishable from phase 2 with a less-defined alveolar plateau. Figure 2a presents the unusual shape of the capnogram for patients who are exhibiting an increase in ventilation to perfusion mismatch. Figure 2a is the most common capnogram; a time capnogram that is great for continuous monitoring of the entire respiratory cycle, thereby detecting any degree of rebreathing of CO2. Note the decreased angle for phase 2 and the slope of the curve during phase 3 failing to reach a defined alveolar plateau. Patients who present with obstructive lung disease demonstrate this waveform shape. One study5 conducted in 2005 in the setting of a pulmonary function laboratory included 264 patients and looked at the shape of the capnogram and the measured FEV1 for patients with obstructive (OD) and restrictive lung disease (RD). Krauss et al concluded that there was a significant correlation between the shape of Figure 2a and those with decreased FEV1. The upward slope of the time capnogram curve is associated with unequal flow rates and emptying of alveoli that are obstructed and unobstructed, resulting in a continuous increase in CO2.

The increase in V/Q mismatch for patients with acute respiratory disease syndrome or acute lung injury makes mechanical ventilation a challenge. Decreasing this mismatch by monitoring Etco2 as well as the shape of its capnogram—combined with ventilator changes—could improve lung function and optimize mechanical ventilation. An example of this would be for the optimization of PEEP. Optimal PEEP has been determined using measurements in compliance changes and changes in Pao2, but capnography can be used to determine if the clinician has optimized the degree of open lung ventilation. Changes in the shape of the capnograph and a decrease in the PEtco2-Paco2 gradient would indicate a better matching of perfusion and ventilation.

Bohm et al6 reaffirm in a study of morbidly obese patients that 1) increasing the area for gas exchange will decrease the resistance for CO2 diffusion, and 2) an increase in cross-sectional areas of airways decreases resistance of CO2 transport through the airways. It may be that using Etco2 in lung recruitment could determine the efficiency of gas exchange and airway conduction. The PEtco2-Paco2 gradient is at times significant and is often what generates the lack of faith in capnography and its ability to correlate with arterial blood gas values. One study was performed to determine the reliability of the PEtco2-Paco2 while inducing four different dead-space–to–tidal-volume ratios (VD/VT). McSwain et al7 concluded, “PEtco2 does closely trend with Pao2, potentially allowing for a reduction in the number of arterial blood gases. At low dead-space values, PEtco2 closely matches Paco2. As dead space increases, the trend between PEtco2 and Paco2 remains reliable in most patients, as physiology predicts.” 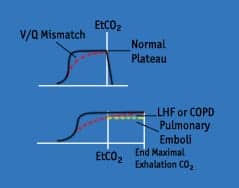 In a setting of lower acuity, such as an outpatient pulmonary function laboratory, capnography can be applied as a diagnostic tool to determine lung function and disease processes. For example, Figure 2b demonstrates a single breath Etco2 (SBTco2) tracing, including both the normal tidal breath and continuation to a maximal expiratory maneuver. This capnogram is referred to as a volume capnogram. Note the absence of phase 4. There is no inspiratory portion to a volume capnogram. This capnogram is more powerful at diagnosing problems with increased dead space.4 Also notice the yellow portion indicating pulmonary emboli (PE) as the waveform plateaus late into the expiratory maneuver. Left heart failure (LHF) and COPD may also be distinguished from the pulmonary emboli. Figure 2b is best described as a single breath end tidal CO2 or SBTco2 with maximal expiration. In 1989, investigators demonstrated the importance of the late deadspace fraction, the yellow portion of Figure 2b in the diagnosis of PE.9 The late deadspace fraction of CO2 with PE represents a lower Etco2 measurement in comparison to those with obstructive lung disease or LHF.

This is only a skimming of the surface for capnographic studies and the application of capnography. As for patient monitoring, it is no silver bullet, but its application and capabilities should be considered when and where the technology is made available. Capnography, when used in conjunction with other variables, can help to further define a patient’s condition.

There are many areas of the hospital in which sedation or conscious sedation is administered, including areas outside of the intensive care unit. In these outside locations, the monitoring of these patients is minimal at best. Many times, conscious sedation is performed without the presence of an anesthesiologist. What role does capnography play in these settings? As mentioned earlier,3 TJC has recommended monitoring of patients using PCA pumps with either oximetry and/or capnography. To shed some additional light on what might be the most appropriate choice, one study examined the degree to which pulse oximetry could detect hypoventilation. Fu et al8 concluded, “Hypoventilation can be detected by pulse oximetry only when patients breathe room air.” In practice, adding supplemental oxygen to the patient connected to a PCA pump can mask hypoventilation. With the addition of capnography monitoring, the hypoventilatory state could be detected, as it is independent of oxygenation. One author describes some shocking numbers, stating that in one study of 96 patients, respiratory depression lasted for more than 2 minutes in 31% of patients. Capnography on these patients indicated that 7.5% had respiratory rates less than eight breaths per minute, and 21% had significant bradycardia.9 The question remains: For patients on PCA pumps, are we providing the highest level of safety by simply monitoring SpO2 or should we be considering the addition of, or replacement with, capnography? Having the availability of both Etco2, and Spo2 built into the PCA pump so that the medication delivery can be locked out if patients exceed set parameters for respiratory rate would appear to be a worthwhile option. This would enhance patient safety by notifying a nurse for required dosing changes to keep the patient safely within the defined parameters. 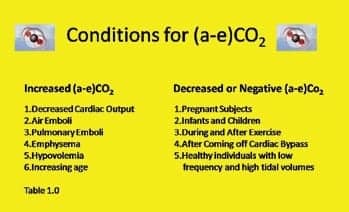 Another common setting for the use of conscious sedation is the emergency department (ED). Under the direction of the ED physician, sedation is administered to reduce bone fractures and dislocated joints and during cardioversions. One study that questioned whether Etco2 monitoring would reduce the incidence of hypoxic events in the emergency department concluded, “Capnography identified all cases of hypoxia [and, for] propofol sedation, the addition of capnography to standard monitoring reduced hypoxia and provided advance warning for all hypoxic events.”11 Capnography is able to provide advance warning, because, unlike pulse oximetry that is merely a peripheral measure of oxygenation, it monitors the respiratory effort and respiratory efficiency. If the concern while on PCA is respiration—the combination of ventilation and oxygenation—then capnography should be the monitor of choice. For those who would like to monitor both values, Etco2 and SpO2, there are products available that combine both in one monitoring system.

Monitoring oxygenation only, which is a standard practice for monitoring patients on noninvasive ventilation, may be quite inadequate, particularly for patients with acute respiratory failure. Ventilation is frequently a significant issue with these patients, and having the ability to monitor ventilation with the use of capnography may result in improved care and patient safety. In an investigation that looked into the best method of providing such monitoring,12 three different sampling sites were evaluated to determine the accuracy of Etco2 during both CPAP and bilevel pressure in the face of increased pressure and mask leak. The results of the study demonstrated that of the three sample sites, only one, using a nasal/oral sampling cannula worn under the face mask, provided reliable and consistent readings under the various levels of mask leak and pressure. The investigator reports, “The data revealed there were significant variations in Etco2 results at the different sample sites, and the nasal/oral cannula sample site was more consistent throughout all settings and patient leak rates.”

With the increasing focus on noninvasive monitoring to improve patient care and safety, capnography provides a simple and effective method of determining the effectiveness of ventilation. Used in conjunction with other monitoring techniques such as pulse oximetry and ECG monitoring, such techniques as conscious sedation and noninvasive ventilation can be applied with a higher degree of safety for patients who require such care. Utilization of this technique outside of the ICU can help providers identify the development of problems while the problems are still in their early stages. 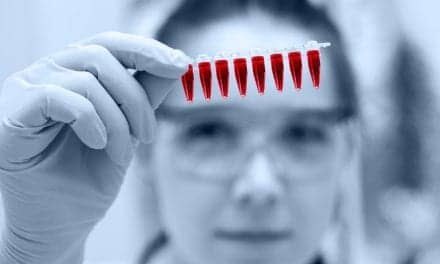