Tissue oxygenation is of utmost importance when treating an exacerbated, hypoxemic patient with COPD.

The control of breathing in chronic hypercapnia continues to be a subject of much debate and misunderstanding. The debate centers around why the arterial PaCO2 often rises acutely in chronically hypercapnic, exacerbated chronic obstructive pulmonary disease (COPD) patients after they breathe supplemental oxygen. A case report by French,1 published in the February/March 2000 issue of RT, raises this controversy. Many investigators challenge the traditional explanation that oxygen breathing diminishes the COPD patient’s hypoxic stimulus to ventilation. Interestingly, this explanation is challenged only in the context of chronically hypercapnic COPD patients. I am not aware of an alternative explanation for why severely hypoxemic, hyperventilating patients without COPD decrease their ventilation and increase their PaCO2 after breathing supplemental oxygen. After all, hypoxemia does stimulate ventilation, and relieving hypoxemia must reduce this stimulus. It stands to reason that some degree of hypoxic drive suppression must occur in chronically hypercapnic COPD patients whose hypoxemia is relieved by breathing oxygen. Nevertheless, ventilatory mechanics and acid-base status in these patients are grossly abnormal, introducing other possible mechanisms for oxygen-induced carbon dioxide retention.

Determining the Presence of Chronic Hypercapnia
Before continuing, let us first understand that the ubiquitous diagnosis of COPD does not automatically imply the presence of chronic hypercapnia or the potential for oxygen-induced carbon dioxide retention. Health care personnel often uncritically assume that patients diagnosed with COPD are “carbon dioxide retainers,” and susceptible to “O2-induced hypoventilation,” when in fact, this is true of only a small percentage of end-stage COPD patients. Therefore, concern about O2-induced hypercapnia is not warranted in most patients with a diagnosis of COPD.

Before we can rationally evaluate the merits of a debate about the control of breathing in chronic hypercapnia, we must understand the chemical control of ventilation in normal, healthy humans. At issue is not the existence of a hypoxic drive in hypercapnic COPD patients, but whether oxygen administration suppresses this drive sufficiently to account for the commonly observed rise in PaCO2. An additional pertinent question is whether an acute rise in PaCO2 still stimulates the medullary chemoreceptors in these patients.

An Important Distinction
An important distinction is that the central chemoreceptors in the medulla of the brain respond to hydrogen ions, not the carbon dioxide molecule. Equally important, these chemoreceptors are bathed in the cerebrospinal fluid (CSF), separated from arterial blood by the blood-brain barrier, a membrane freely permeable to carbon dioxide, but nearly impermeable to hydrogen and bicarbonate ions. Carbon dioxide molecules diffuse rapidly into the CSF when arterial PCO2 rises, reacting with water to form carbonic acid and hydrogen ions. Because CSF lacks protein buffers, an increased PCO2 causes an almost instantaneous rise in CSF hydrogen ion concentration. In this indirect way, the medullary chemoreceptors are very sensitive to changes in arterial PCO2. These events explain why PaCO2 is the primary minute-to-minute controller of ventilation in healthy humans. If PaCO2 rises very slowly because of gradually deteriorating lung mechanics (COPD), renal compensatory activity gradually increases plasma bicarbonate concentration, maintaining arterial pH within normal limits. In turn, plasma bicarbonate ions slowly diffuse across the blood-brain barrier, keeping CSF pH in its normal range. Thus, medullary chemoreceptors sense a normal pH environment, even though the PaCO2 is abnormally high. This explains why the high PaCO2 in chronically hypercapnic patients does not stimulate increased ventilation.

These events do not mean that the medullary chemoreceptors cannot respond to acute rises in PaCO2. A sudden elevation in PaCO2 immediately increases the CSF PCO2, generating hydrogen ions, which in turn stimulate the medullary chemoreceptors. The subsequent ventilatory response is depressed, however, for chemical and mechanical reasons. That is, the blood’s increased buffering capacity in chronic hypercapnia prevents arterial pH from falling as sharply as in normal conditions, and abnormal breathing mechanics impair the lung’s ability to increase ventilation appropriately. To illustrate the blood’s changed buffering capacity, let us compare the healthy person (pH = 7.40; PaCO2 = 40 mm Hg; HCO3- = 24 mEq/L) to the chronically hypercapnic person (pH = 7.38; PaCO2 = 60 mm Hg; HCO3- = 34 mEq/L). If the PaCO2 suddenly increases by 30 mm Hg in both individuals, the healthy person’s arterial pH falls to 7.21, and the hypercapnic person’s pH falls to only 7.24. (These values are calculated using the Henderson-Hasselbalch equation, assuming a 1 mm Hg rise in plasma HCO3- concentration for each acute 10 mm Hg rise in PaCO2.) Thus, the chronically hypercapnic patient’s central chemoreceptors experience less stimulation than in the normal person for the same rise in PaCO2. Several investigators confirm the reduced ventilatory response to carbon dioxide in chronic hypercapnia.2-4

Chronically hypercapnic COPD patients are invariably hypoxemic breathing room air, because of overall alveolar hypoventilation and severe V/Q mismatches. If arterial hypoxemia is severe enough, it stimulates the peripheral chemoreceptors (mainly the carotid bodies), increasing ventilation. When arterial pH is normal, the carotid bodies’ impulse rate does not increase significantly until the PaO2 falls to about 60 mm Hg. Levels below 60 mm Hg are commonly seen in chronically hypercapnic COPD patients breathing room air. In these patients, hypoxemia contributes significantly to the minute-to-minute breathing stimulus, because renal compensatory mechanisms maintain normal arterial and CSF pH environments. Arterial pH affects the PaO2 threshold at which the hypoxic stimulus becomes significant. Acidemia greatly enhances the carotid bodies’ sensitivity to arterial hypoxemia at all levels, while alkalemia depresses their sensitivity. Thus, one would expect the peripheral chemoreceptors in the compensated, chronically hypercapnic patient to have a normal hypoxemic threshold. For example, acute hypoxemia caused by a pulmonary exacerbation should stimulate the hypoxic ventilatory drive, and breathing oxygen should decrease this stimulus.

However, hypoxic drive suppression does not fully explain the rise in PaCO2 following oxygen breathing in acutely exacerbated COPD patients. Several investigators have observed that the reduction in minute ventilation after oxygen breathing is not sufficient to account for the rise in PaCO2.5-6 They postulate that oxygen breathing abolishes hypoxic pulmonary vasoconstriction in poorly ventilated lung regions, diverting blood flow from well-ventilated regions to these underventilated areas. Poorly ventilated areas may become even less ventilated as oxygen-rich inspired gas washes out resident nitrogen gas, shrinking alveoli in the process. The key point is that when already underventilated alveoli receive additional blood flow, blood PaCO2 rises further. These events may occur without a fall in overall minute ventilation.

Conclusion
The important clinical fact remains that regardless of the mechanisms involved, oxygen therapy in chronically hypercapnic COPD patients can induce further hypercapnia and acidemia. However, tissue oxygenation is of overriding importance; oxygen must never be withheld from an exacerbated, hypoxemic COPD patient. This means one must be prepared to mechanically support ventilation if necessary. 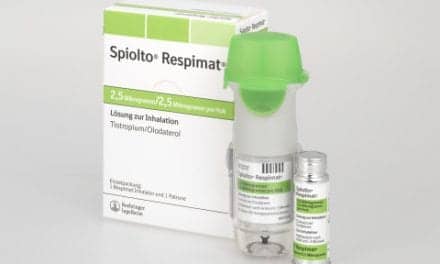 Excessive Iron Buildup in the Lungs May Be Cause of COPD 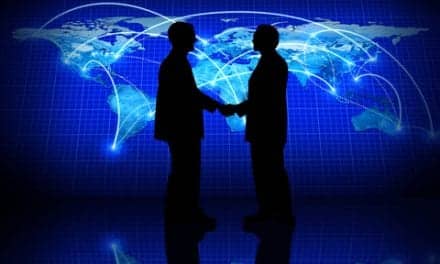