First, bilevel pressure ventilation appears in many instances to be quite efficacious and cost-effective. Second, the knowledge and skills of respiratory care practitioners are exceptionally crucial to achieving those results.

Hotchkiss, who also is an assistant professor at the University of Minnesota, has spent the better part of the past 2 years exploring the performance of bilevel pressure ventilators as it relates to varying impedance characteristics. His studies—conducted in cooperation with, among others, colleague Alexander B. Adams, MPH, RRT, head of the hospital’s pulmonary research laboratory—employed a test lung set at various resistance and compliance levels.

“We made some interesting observations,” Hotchkiss says. “For example, we found that the percentage of peak inspiratory flow in pressure-support mode has a significant effect on the tidal volume delivery in low-resistance and normal-compliance conditions. There is a nice, straight, linear relationship between flow cutoff and tidal volume.“What that means is that if you have a condition in which there is a high level of airway resistance and a mask leak, the situation becomes more complicated. Rather than having a flow cutoff situation where there is a steady change in your tidal volume rate, you instead have a delivered tidal volume that plummets. This happens if the flow cutoff is appreciably higher or lower than optimal.

“The implication is that one cannot make matters better by simply readjusting the flow control on the machine. You first have to look closely at how the patient and the system are interacting. As resistance increases, that peak becomes narrower. Accordingly, you must be increasingly accurate with regard to how you choose your settings so you achieve optimal tidal volume.”

This, he adds, underscores the importance of the respiratory therapist in the successful utilization of bilevel pressure ventilation.

“If you were to have a machine that could do everything, it would then be a simple matter to hook up the patient and away you go,” he says. “But what we’re finding—at least, according to our modeling in acute, not chronic, chronic obstructive pulmonary disease (COPD), and airways resistance—is that the person who is running the ventilator must understand how the machine works, have a good grasp of the physiology of the individual patient, and be able to adjust the ventilator to match that patient.

“When a patient is intubated, you are, in a sense, freed of some level of worry because if the patient becomes agitated or otherwise gets into trouble, you can always sedate. But you can’t really do that with noninvasive ventilation. The protections afforded by intubation aren’t there. Consequently, the burden of performance is shifted from that endotracheal tube onto the person responsible for operating the ventilator.

“Thus, a very important piece of the care equation is not that there is someone looking in on the patient and checking from time to time that the circuit is OK. Rather, what’s essential here is that you have someone who is engaging in a fairly significant degree of intervention. Plainly, respiratory care practitioners are well equipped to do just that.”

Heightened Awareness
Hotchkiss’ view that a heightened awareness is emerging of the importance of the role played by respiratory care practitioners in assessing and administering bilevel pressure ventilation in hospitals and homes is echoed by Nicholas S. Hill, MD, professor of medicine at Brown University and director of the Respiratory Care Unit at Rhode Island Hospital in Providence.

“Some patients experience great difficulty adapting to noninvasive positive pressure ventilation and are able to use it for only an hour or two at bedtime,” wrote Hill in weighing the complications of the modality for a study picked up by Respiratory Care in its April 1997 edition. “This is usually inadequate to effect sustained improvements in alveolar ventilation. In this situation, visits from a respiratory therapist can be helpful to evaluate mask fit and ventilator settings, and to make sure the patient is using the equipment correctly.”

“Our therapists may place the mask over the patient’s face and just hold it there for a while before strapping it on in order to get the patient comfortable with it,” Hotchkiss says. “Again, here is another area where the respiratory care practitioner is essential. I don’t know that it can properly be termed as providing education so much as performing a coaching function, dealing with the psychology of bilevel pressure ventilation and the need to relax the patients and make them feel at ease with what is in effect a physiologic insult. In any event, what the therapist does in this regard is fundamental to success.”

Owing to the intensity of therapist intervention required, questions arise surrounding the economic feasibility of bilevel pressure ventilation. For instance, one industry source points to a French study several years ago that contended that expenditures of practitioner time—and, by extension, expense—increased among patients who were receiving noninvasive positive pressure ventilation.

The source concedes that therapist time in the initial stage of intervention is increased due to the need to thoroughly assess the patient, obtain a proper fit on the face mask, perform titration, and offer necessary coaching. However, those cost-incurring processes are offset by the resulting reduced morbidity and reduced length of stay in inpatient settings.

In the January 1999 issue of Chest, Graeme M. Rocker, MA, DM, in the Division of Respirology at Dalhousie University and Queen Elizabeth II Health Sciences Centre, Halifax, Nova Scotia, comments along with several research colleagues that roughly 70% of patients who experience complications of COPD escape the need for intubation because they are able to tolerate noninvasive positive pressure ventilation.

Still, although this form of ventilation is generally safe and well tolerated, Hill observes that it fails to adequately assist breathing in up to half of patients. The reasons are several.

He writes that “noninvasive positive pressure ventilation is inherently leaky.” Achieving a leak-free seal between mask and face is nearly impossible, but mask leaks can usually be reduced to acceptable levels. [Also,] rebreathing may interfere with the effectiveness of ventilatory assistance when portable pressure support (bilevel) ventilators are used.”

Subject of Important Study
Bilevel pressure ventilation has been a focus of considerable investigation for a number of years now. Some citations:

Investigators from Massachusetts General Hospital in Boston in 1997 reported that most of the nine different makes and models of bilevel pressure ventilators they evaluated using a lung model were superior in performance characteristics to a widely deployed make of invasive critical-care respirator. Writing in the April 1997 issue of Chest, the team offered this caveat: “None of these ventilators [we tested] are capable of providing precise or high fraction of inspired oxygen….”

This same team also compared two methods of delivering helium-oxygen mixture via a bilevel pressure ventilator. One involved titration into the inspiratory circuit. The other entailed delivery directly into the unit’s external oxygen-blending module. They observed that the machine cycled on and off in somewhat unpredictable ways when the heliox was delivered through the oxygen module, and so arrived at the conclusion that the titration method ought to be used instead.

Aided by several colleagues, Turgay Celikel, MD, FCCP, with the Department of Pulmonary and Critical Care Medicine at Marmara University Hospital in Istanbul, Turkey, conducted a study in 1998 in which he set about to compare the efficacy of non-invasive positive pressure ventilation as an aid to standard medical therapy of hypercapnic acute respiratory failure cases. They found that early intervention with noninvasive positive pressure ventilation helps patients improve better and faster.

“Noninvasive positive pressure ventilation improves blood gas parameters more rapidly than standard medical therapy, and decreases intubation rate as well as total length of stay. Complications were few,” he and his colleagues reported in the December 1998 issue of Chest.

Findings by Celikel and others do, of course, filter down to the trenches on the frontlines of care.

Trying Something New
One manufacturer of bilevel pressure ventilators will soon debut a model designed to work within those Medicare reimbursement guidelines. The new machine will, in basic form, come without backup rate capability and will meet regulatory requirements for use as a ventilator in the home. An easily accomplished software upgrade, though, will provide that backup capability. The advantage of this system is that it will permit a provider to inventory a single machine to cover two situations, rather than have two units with one sitting on the shelf gathering dust for weeks at a time, according to manufacturer sources.

The expected impact on care will be to make bilevel pressure ventilation available to more people. It should also enable patients to receive at the outset the backup rate-capable machine they need while still allowing the provider to satisfy Medicare’s reimbursement requirements.

However, where actual care of patients is concerned, Hotchkiss does not believe that new and more capable machines are the answer.

“It’s not really a matter of being able to provide two pressures in an improved manner,” he says. “The machines we have today are not deficient at all from an engineering standpoint. The core of the problem is that you have patients, and these patients react in a complex fashion to the intervention.

“It’s conceivable that an algorithm could be developed that would allow for self-correcting performance of the machine, thereby ameliorating some of the problems. But you will always have a patient who requires very careful titration. Algorithms are based on mechanics. And no algorithm can possibly take into account what happens when a patient becomes frightened, anxious, or uncomfortable, and experiences a swift physiologic change in response to that. It’s up to the therapist to solve the problems. And a good one who understands well the characteristics of bilevel pressure ventilation can make all the difference in the world.” 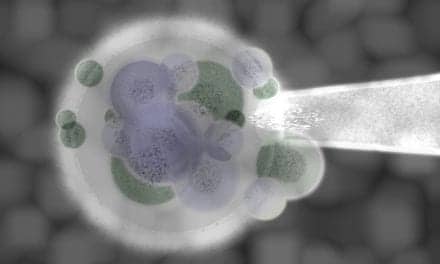 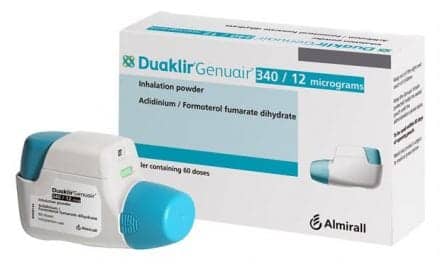