An initiative of the National Heart, Lung, and Blood Institute for building a national strategy for the prevention and management of chronic obstructive pulmonary disease (COPD), the 10-year-old National Lung Health Education Program (NLHEP), has been working to increase community and primary care physician awareness of COPD and to support the use of spirometry by these physicians to increase early detection of the disease.

One reason NLHEP is pushing increased awareness of COPD is that patients showing symptoms often will accommodate to those symptoms and fail to seek treatment.

“The way the lungs work, you can lose up to 50% of your lung function and you do not even really notice it,” says Gretchen Lawrence, RRT, program associate for NLHEP. “When people begin to get a little bit out of breath, they say, ‘Oh, well, I’m out of shape’ or ‘I’m overweight.’ People ignore the symptoms.”

The problem then is that people are diagnosed with COPD late in the disease’s course.

One way in which the nonprofit organization, under the leadership of current chair Dennis Doherty, MD, chief of pulmonary and critical care medicine at the University of Kentucky, has begun to get the word out on early detection is a poster program started for National COPD Awareness Month in November. On the poster are four basic questions: Do you now or have you ever smoked cigarettes? Do you have a cough, wheezing, chest tightness, or shortness of breath? If you cough, do you bring up mucus? Have you ever been exposed to fumes that may have affected your lungs?

“If a patient can answer yes to any one of these questions, they need to have a simple breathing test called spirometry,” Lawrence says. “The idea is to put the posters in primary care physicians’ offices so that the patient who is sitting there waiting sees this poster and thinks, ‘Wait a minute. I can answer yes to one of those questions. I need to talk to my doctor and let him know.’”

Lawrence says another difficulty in diagnosing COPD is that the primary care physician is the first doctor a patient will go to when they are not feeling well. Because the patient does not think they have a problem, the primary care physician who follows them is unaware of the possibility of COPD; and even if they do suspect it, many of them do not have a spirometer in their office.

Spirometers, devices that measure airflow instantaneously, report two numbers: the forced expiratory volume (FEV) in one second, and the FEV in 6 seconds. The equipment programming is a series of predicted equations based on height, weight, and gender. The patient’s results also can be predictive of other problems, such as lividity, mortality, heart disease, and certain cancers.

“[The practitioner] listens to breath sounds, and they may send somebody for an x-ray; but we’re trying to have an educational process in which the primary care physician does [a breathing test] in his office rather than send the patient to a pulmonary laboratory,” Lawrence says. “A chest x-ray cannot diagnose COPD in its early stages.”

Lawrence says a handheld spirometer can be inexpensive, and NLHEP is promoting such purchases in the primary care arena. To help physicians find the equipment right for them, NLHEP, along with spirometer manufacturers, has developed a spirometer review process that can be accessed from the NLHEP Web site: www.nlhep.org.

Another challenge to early diagnosis of COPD is that primary care physicians lack time. Lawrence says that during training in medical school, they learn hundreds of different diseases and symptoms.

“There are lots of forks in the road when making a diagnosis,” she says. “In today’s health care environment, the physician sees the patient for only about 8 minutes. That is not very long. So it is not a lack of education, it is a lack of time.”

One way to help combat the problem of a bombardment of continuing physician education programs is to keep COPD information in front of the public, she says.

“As an organization, and what the other organizations are trying to do, is keep it as a headline,” she says, “so that when somebody does present with shortness of breath, COPD is certainly one of two or three things that pop into physicians’ heads, and they know the diagnostic pathway to take to differentiate the diagnosis.”

Along with the poster program, NLHEP provides information on COPD to patients and physicians on its Web site. Two informational brochures are available for patient education: “Test Your Lungs, Know Your Numbers” and “Save Your Breath America.” Health care professional-awareness booklets are also available through the NLHEP Web site. Lawrence says respiratory therapists who are members of the American Association for Respiratory Care (AARC) can receive up to 200 of each booklet at no charge. Nonmembers may also receive up to 200 of each booklet, but are asked to pay shipping costs.

“We have our primary support—our fund-raising, which comes from our sponsors who represent not only pharmaceutical manufacturers but also device manufacturers,” she says. “They are kind enough to help support us with grant money that keeps this organization going.”

The organization is also in collaboration with the AARC on continuing education, Lawrence says. Tom Petty, MD, founding chairman of NLHEP, has a link called “Ask Dr. Tom” that can be found at www.yourlunghealth.org. Physician education programs are also offered, with approved CME credit for physicians and CRCE credit for respiratory therapists.

As the lone staff member, Lawrence says the organization depends heavily on volunteerism. And she says those who do volunteer their time do so with much generosity.

“I think we have 23 members on our executive committee, and these doctors represent the who’s who of pulmonary and primary care medicine in the United States,” Lawrence says. “When they come to a NLHEP meeting, these people come at their own expense, and they spend their own time helping the NLHEP fulfill its goals.

Morgan Tharp is a contributing writer for RT.

COPD Prevention Begins in the Womb 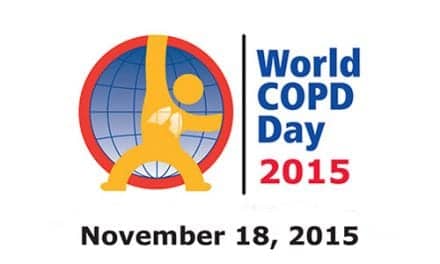 On World COPD Day, GOLD Says ‘It’s Not Too Late’ 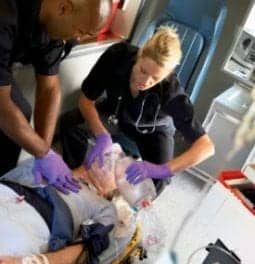