2nd Annual FOCUS Conference
The nation’s top speakers are ready to go. The exhibitors are ready to show you the latest equipment. The band is tuning up, the food will be hot, the beer will be cold, and the nation’s respiratory care practitioners, sleep technologists, registered nurses, and pulmonary physicians are ready to converge on the second annual FOCUS on Respiratory Care & Sleep Medicine Conference. This conference raised the bar so incredibly high for respiratory care conferences last year that the most oft heard comment from the attendees was “How are they ever going to top this next year?”

According to conference chairman Bob Miglino, RRT, MPS, a 30-year veteran therapist, the stage is indeed set to do just that. Two thousand health care professionals, along with more than 165 exhibitors and career recruiters—many of them astounded last year by the freshness, originality, and affordability of the first FOCUS conference in Cleveland—will be heading to the America’s Center in St Louis on April 25-27 for what promises to be an even bigger bash than last year. RT’s review of the agenda shows that another superb conference is on tap and, as was reported last year, it appears that affordability for attendees plays as important a role as excellent education and fun do, as driving forces of the conference.

While fees go up everywhere, the FOCUS conference retains the same registration fee as last year at $195, 35% less than other national conferences of this type. The fee for students is even less at $175 and significant others are $125. Those rates include a fabulous opening reception with free hors d’oeuvres, beer, wine, and soft drinks, two free lunches, a concert featuring David Crosby and CPR, guest celebrities in the exhibit hall (meet Baseball Hall of Famer Lou Brock), a fun-filled game of “Who Wants to Be a Respiratory Care Thousandaire,” and a festive exhibit hall with caricature artists, impersonators, jugglers, stilt walkers, door prizes, and many more surprises. Combine all this with ultra-low hotel rates (Marriott and Radisson hotels at only $99/night), specially negotiated airfares, and other perks and you once again have an incredible value. Four disciplines can obtain their continuing education credits: RCPs, RNs, sleep technologists, and MDs. The conference has also increased its CEU offering to 15 credits this year with managers able to receive 17 credits if they attend the managers workshop (“Medical Gas System Emergencies”) on the morning of April 25. Forty-four lectures in adult, pediatric, and neonatal respiratory care, along with lectures in management, education, home care, sleep medicine, and holistic medicine, will be given. Two keynote speeches by Dr Patch Adams and Dr Leah Curtin (brought back after standing ovations last year) will also be featured. This conference has it all and is packaged to save money and valuable time off. Visit www.foocus.com  or call (800) 661-5690 for more information.

Olympic Torch Carried by Respiratory Therapist
Kari Fritz, RRT, was chosen to carry the Olympic torch through her hometown of Loveland, Colo. She was nominated by both friend and home care patient, Valerie Chamberlain, who at 36 years old was diagnosed with non-small cell lung cancer that had metastasized to her lymphatic system.

“Carrying the Olympic torch was absolutely the most exhilarating experience I have ever had,” says Fritz.

Conferences
The World Organization for Respiratory Care will be holding a conference in Prague, Czech Republic, on March 24 to 27, 2002. The First World Congress of Respiratory Care will address issues such as global concerns in respiratory care, issues within developed countries, and issues within developing countries. The conference will feature topics such as advanced technology for care delivery, science, and education; leveraging computer technology for daily respiratory care practice; and developing care delivery systems and a cooperative global network in respiratory care. For more information, visit www.worclink.org or email [email protected].

Medtrade Spring 2002 will be held at the Sands Expo and Convention Center in Las Vegas, from April 22 to 24, 2002. Speakers will cover industry issues, government programs, and technological developments in home health care. For more information, call (800) 933-8735 or visit www.medtradespring.com.

Cautions Regarding Lung Volume Reduction Surgery
Many US emphysema sufferers undergo lung volume reduction surgery (LVRS), a procedure where emphysematous lung tissue is removed by chest surgeons. Results, however, from an ongoing clinical trial conducted by Medicare and the National Heart, Lung, and Blood Institute (NHLBI) at the National Institutes of Health (NIH) indicate that patients with severe emphysema who undergo this treatment are four times more likely to die than patients receiving medical therapy only.

Adam Wanner, MD, president of the American Thoracic Society (ATS), comments, “The early data generated by the clinical trial indicates that LVRS may be a dangerous procedure for patients with severe emphysema. I appreciate the decision of Medicare and the NHLBI to release the study results early. The study results show just how valuable joint clinical trials sponsored by Medicare and the NIH can be. The ATS will take immediate steps to ensure our entire membership is aware of risks surrounding LVRS in patients with severe emphysema.”

Surgeon General Addresses Conference Attendees
David Satcher, MD, PhD, Surgeon General of the United States, gave the keynote address during the opening ceremony of the 47th International Respiratory Congress sponsored by the American Association for Respiratory Care (AARC) on December 1, 2001. Satcher discussed the US Public Health Service’s role and how health care practitioners aid in the protection of Americans’ health. Current events such as the aftermath of the September 11 attacks and how roles within the health care industry may change were also addressed. Another increasingly important issue is the goals of Healthy People 2001, the government’s plan for a healthy America. It is designed to achieve two goals, Satcher explained, to increase the quality and years of healthy life and to eliminate health disparities among different segments of the population.

Before Satcher’s address, the American Respiratory Care Foundation presented him with the Charles H. Hudson Award for Cardiopulmonary Public Health. “I very much appreciate the work that you do every day throughout this country to protect the health of the American people,” Satcher said. “It’s a great honor to receive this award.”

More information can be obtained by contacting the North Carolina Association for Medical Equipment Services, (919) 387-1221; www.ncames.org.

RT Welcomes Keith Gallagher
Keith T. Gallagher joins RT Magazine as advertising director with more than 2 decades of experience in the advertising and publishing field. Gallagher has worked for notable publishing companies such as Crain Communications, Advanstar, and The Network of City Business Journals and Jobson Publishing. As an experienced advertising professional, Gallagher is enthusiastic about employing his knowledge and insight for RT and its diverse clients. Gallagher can be reached at (310) 642-4400, ext 251 or e-mail: [email protected].

The Pennsylvania Society for Respiratory Care 5th Annual Eastern Regional Conference and Exhibition will be held on April 11 and 12, 2002, at the Holiday Inn, King of Prussia, Pa. “Unlock the Possibilities” will include speakers such as Frederic Hellman, MD, medical examiner of Delaware County, Pennsylvania, who will relate forensic science to respiratory therapists. For more information, contact Ann Cusano, (215) 646-7300 ext 428, or Cathy Hurley, (215) 453-4185.

Conference Update
The 47th International Respiratory Congress sponsored by the American Association for Respiratory Care (AARC) provided a chance for respiratory manufacturers and suppliers to exhibit their latest products and technologies. The conference also enabled respiratory therapists to earn up to 24 hours of CRCE credit by attending the various programs on respiratory care.

With 5,200 attendees, the conference beginning December 1 and concluding December 4, 2001, at the San Antonio Convention Center in Texas proved to be a success. People had the chance to attend seminars such as Neonatal Respiratory Care, The Nuts and Bolts of Tobacco Education, and COPD in America: Results of a National Study. Attendees also had the opportunity to see, touch, and ask about new products being used in diagnosing and treating respiratory illnesses by manufacturers like Kimberly-Clark Ballard Medical, Masimo Corp, Nellcor & Puritan Bennett/Tyco Healthcare, ResMed, and VIASYS Healthcare.

The conference was not all work and no play. Puritan Bennett Sputum Bowl Preliminaries provided an opportunity for attendees to watch AARC state affiliates test their knowledge on respiratory care issues. On the evening of December 3, the top four teams competed during AARCs 24th Annual Sputum Bowl.

“It is a dog-eat-dog fight to get through the preliminaries,” says Carl Nelson, RRT, Sputum Bowl team captain and clinical coordinator of respiratory therapy at West Jefferson Medical Center in Marrero, La, “but the Final Four is great.”

It may be a struggle for some to make it through the preliminaries, but the Louisiana respiratory care team showed what it takes and became the single winning team. 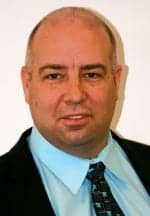 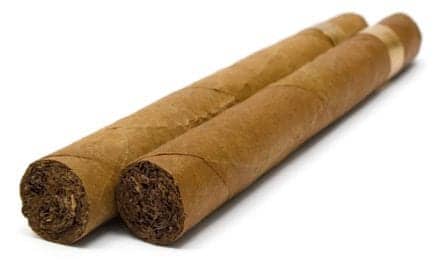