Early diagnosis of COPD can be accomplished through simple spirometric testing.

Chronic obstructive pulmonary disease (COPD) remains the only disease among the top 10 that continues to rise in prevalence, morbidity, and mortality. Now the fourth most common cause of death, COPD will kill 110,000 people in the United States this year. Persons with COPD also are at high risk for lung cancer, heart attack, and stroke.1 Thus, targeting COPD in its early and incipient stages, and treating it with a growing armamentarium of effective therapeutic agents, can stem the tide of COPD now. The key to early diagnosis and intervention is identification through simple spirometric tests. Office spirometers should now be used in all primary care physicians’ offices, in clinics, and at the workplace.

NLHEP Program
A new national health care initiative known as the National Lung Health Education Program (NLHEP) strongly recommends that all smokers over 45 undergo testing to determine FVC, FEV1, and the ratio between the two.2 These are the only two measurements that are required for the early diagnosis of COPD. None of the other derived parameters from the expiratory flow volume curve, or the time volume curve offer any advantages. Use of a large number of measures on a computer printout serves only to confuse primary care practitioners, and has no inherent clinical value. The foundation for the NLHEP is the Lung Health Study, which identified nearly 6,000 patients over the age of 35, but not yet 60, who had smoked at least 10 pack-years.1

When smoking cessation was successful, there was an improvement in airflow, followed by only a slight decline during the 5-year follow-up. By contrast, those patients who continued to smoke had accelerated losses on their collision course with premature morbidity and mortality from COPD (see Figure 1). However, none of the patients in this study died of COPD during the 5-year follow-up, because they were in only mild to moderate stages of disease. The most common cause of death proved to be lung cancer (see Table 1), which was more common than heart attack and stroke. Other smoking-related cancers accounted for other deaths. Now a late follow-up reveals 227 (3.9% of the 5,887 patients enrolled) lung cancer cases in this population at high risk. It is a known fact that smokers with airflow obstruction have a prevalence of lung cancer, usually in situ or stage I, which can be identified by a combination of sputum cytology and CT scanning.3

FIGURE 1. The Lung Health Study—effect of stopping smoking on decline of FEV1.

Proven Strategies
Proven strategies that are effective in smoking cessation include behavioral modification, choice of a quit date, and the use of pharmacologic agents to mitigate the symptoms of nicotine withdrawal. These symptoms are anxiety, depression, irritability, insomnia, and poor concentration. Nicotine gum is available over-the-counter in 2-mg and 4-mg strength. The 4-mg gum is best for the most addicted smokers who consume more than a pack of cigarettes per day. Nicotine patches are also available in pharmacies without a prescription. Nicotine spray and nicotine inhalers are available by prescription. A combination of nicotine replacement strategies may be used in selected patients.

Non-nicotine replacement products also blunt withdrawal symptoms. Bupropion is a dopaminergic drug, which alone is at least as effective as a nicotine patch.4 Two products together are more effective than either given alone. Tricyclic antidepressants and other drugs may also be effective.

Most patients respond to anticholinergic bronchodilators, which was the case in the Lung Health Study; although baseline lung function did not improve during the 5 years of ipratropium use, the drug was effective in improving FEV1 throughout the course of the study.1 Another study has shown an improvement in baseline lung function with ipratropium.5 Long-acting beta agonists are also effective in COPD. A combination of ipratropium and albuterol can be used for both maintenance management and exacerbations of symptoms. It is the most practical and convenient means of dealing with episodes of bronchospasm, which occur throughout the course of COPD.

Use of inhaled corticosteroids remains controversial. They may mitigate symptoms, but in controlled clinical trials they have not proven to retard the rate of decline of FEV1. Corticosteroids are useful in exacerbations requiring hospitalization.

The future promises a new effective agent. Tiotropium is a 24-hour or longer acting potent anticholinergic, which will soon be available in a metered-dose device.6 A phosphodiesterase-4 inhibitor that deals with the basic biological inflammatory mechanism of COPD will soon be on the market.7 Researchers who have experience with these drugs believe that both agents may provide a new strategic attack upon the progress of COPD.

A new family of spirometers, introduced in response to the NLHEP, give accurate results equivalent to that of research instruments. Software requires precision within 3% and monitors the expiratory curve, which must be smooth, uninterrupted, and continued for a full 6 seconds. Quality control of the expiratory maneuvers will reduce or even eliminate falsely low reports.

Conclusion
It is now time for the spirometer to achieve a position equivalent to the sphygmomanometer, electrocardiograph, and ophthalmoscope in all primary care physicians’ offices. No disease can be effectively treated until it is identified. Since COPD does not have any symptoms or signs during early stages, and since chest radiography is not effective in diagnosing COPD, spirometry is the only solution.

We now have the knowledge and technology to identify and to treat COPD in its early stages. We could prevent the progress of disease that ultimately leads to acute respiratory failure, the need for continuous oxygen therapy, pulmonary rehabilitation, and surgical approaches.

Modern medicine should focus on prevention. With an up-front approach to COPD, we can actually stop its progression and, at the same time, identify a co-morbidity also associated with smoking.

It is time for the primary care physician to lead the way, for the simple reason that there are 200,000 primary care physicians that see most smokers in their offices at least once a year for some medical problem. The 8,500 pulmonologists never examine the patients who are seen on the front lines by primary care practitioners unless they have complications. Patients with poor responses to therapy, those with suspicious shadows suggesting malignancy, and patients requiring oxygen and pulmonary rehabilitation should be referred to pulmonologists. 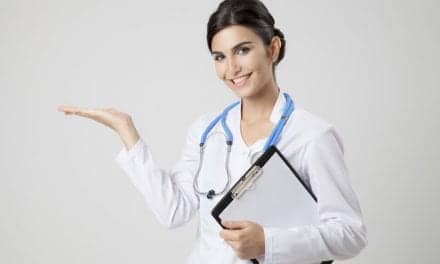 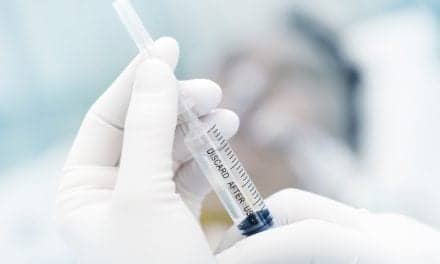