RCPs in the home can assist emphysema patients with therapies including low-flow supplemental oxygen, smoking cessation, and supervised exercise.

Emphysema is a chronic, debilitating disease with a slow, insidious onset. Alone or in combination with chronic bronchitis, it is one of the principal components of chronic obstructive pulmonary disease (COPD). The American Lung Association1 estimates that 16.4 million US residents had COPD in 1995, of whom 1.9 million had emphysema by itself. Furthermore, COPD mortality rates, prevalence, economic costs, and hospitalization rates are increasing. As COPD is primarily associated with those over 65 years old, this increase will probably continue as the population ages.

Pathology
Emphysema is characterized by the gradual destruction of normal alveolar tissue. This destruction has two effects. One is the loss of alveolar surface area, resulting in decreased diffusion of oxygen across the alveolar-capillary membrane. The second is a decrease in the elastance of the lung parenchyma, resulting in a decrease in the ability to exhale. As the disease progresses, the integrity of the terminal bronchioles is also affected, increasing their propensity to collapse and creating significant air trapping.
This destructive process is thought to be caused by the release in the lung of proteases, primarily neutrophil and macrophage elastase (which are by-products of the inflammatory response). In the great majority of cases, this is triggered by cigarette smoking. The process can be exacerbated or even directly caused by a genetic defect that results in the deficiency of a protective protein known as a-1 antitrypsin.

Signs and Symptoms
Typically, people affected by emphysema do not experience obvious, overt symptoms until they have lost 50% to 70% of their lung tissue. The primary early symptom is serious shortness of breath upon mild exertion. Later, as the disease progresses, the patient will experience continuous shortness of breath, even at rest. Other symptoms may include chronic cough without significant sputum production, wheezing, weight loss, and chest deformity (barrel chest).
Arterial blood gas analysis performed on samples obtained while the patient breathes room air may show moderate-to-severe hypoxemia without hypercapnia. Pulmonary function tests typically show a decreased forced expiratory volume in 1 second (FEV1), with an FEV1 of less than 1 L being a particularly poor prognostic sign.

Treatment and Home Care
At present, there is no way to correct the destructive changes that occur in emphysema. Thus, the primary goal of treatment is symptomatic relief. Ideally, this treatment should be provided in the setting that is most comfortable for the patient, which will usually be the home. Since the great majority of emphysema patients will require some form of respiratory assistance (such as low-flow oxygen therapy), a home RCP will become involved. Typically, the home RCP will participate in the treatment of patients in some or all of these ways: education and compliance; smoking cessation; energy conservation; monitoring and surveillance; treatment awareness; and patient and caregiver support.
The patient and the patient’s family will need to be educated as to the proper use of any equipment or therapeutic adjuncts (such as nebulizers and metered-dose inhalers) that the patient needs. This is especially important where oxygen systems (usually concentrators and small cylinders) are concerned. In addition, the patient should be helped to understand the nature of the disease.
Although smoking cessation does not reverse or stop emphysema, it may slow the deterioration associated with it. The home RCP should encourage the patient to stop smoking and should provide assistance with the process, whenever possible. This effort should be extended to others in the patient’s environment, as well.
The home RCP should acquaint the patient with techniques that will conserve energy. Such techniques include diaphragmatic and pursed-lip breathing (especially during exercise) and the avoidance of activities that involve prolonged periods of physical stress, as well as the avoidance of environmental irritants. This phase of education may also cover broad-based dietary advice, such as the benefits of eating small, but frequent, meals.
The home RCP should routinely assess the patient for signs of an exacerbation of the underlying condition and for the onset of other diseases, such as pneumonia or congestive heart failure. This assessment becomes especially important during weather changes and weather extremes (such as the presence of hot, humid air or cold, dry air).
The home RCP may, in conjunction with the attending physician, alert the patient to various treatment options. These might include the use of oxygen-conservation devices such as intermittent-flow devices, reservoirs, and transtracheal oxygen catheters. The options presented might also include more extensive treatment, such as referral to a pulmonary rehabilitation program or evaluation for lung-volume-
reduction surgery.
Living with emphysema can be frightening and unpleasant, especially as the disease progresses and the patient is able to do less and less without getting short of breath. The home RCP can assist in minimizing fear by

Sequencing of the Genome for Pneumocystis Pneumonia May Drive New Treatments 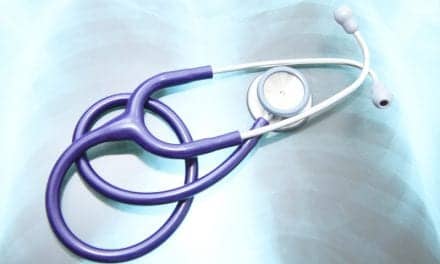